Hamilton feeling more energy than ever at Mercedes: We're all hyped

With the title battle about to reach its climax at the Abu Dhabi Grand Prix, Lewis Hamilton feels that Mercedes are more ready than ever to give it their all. 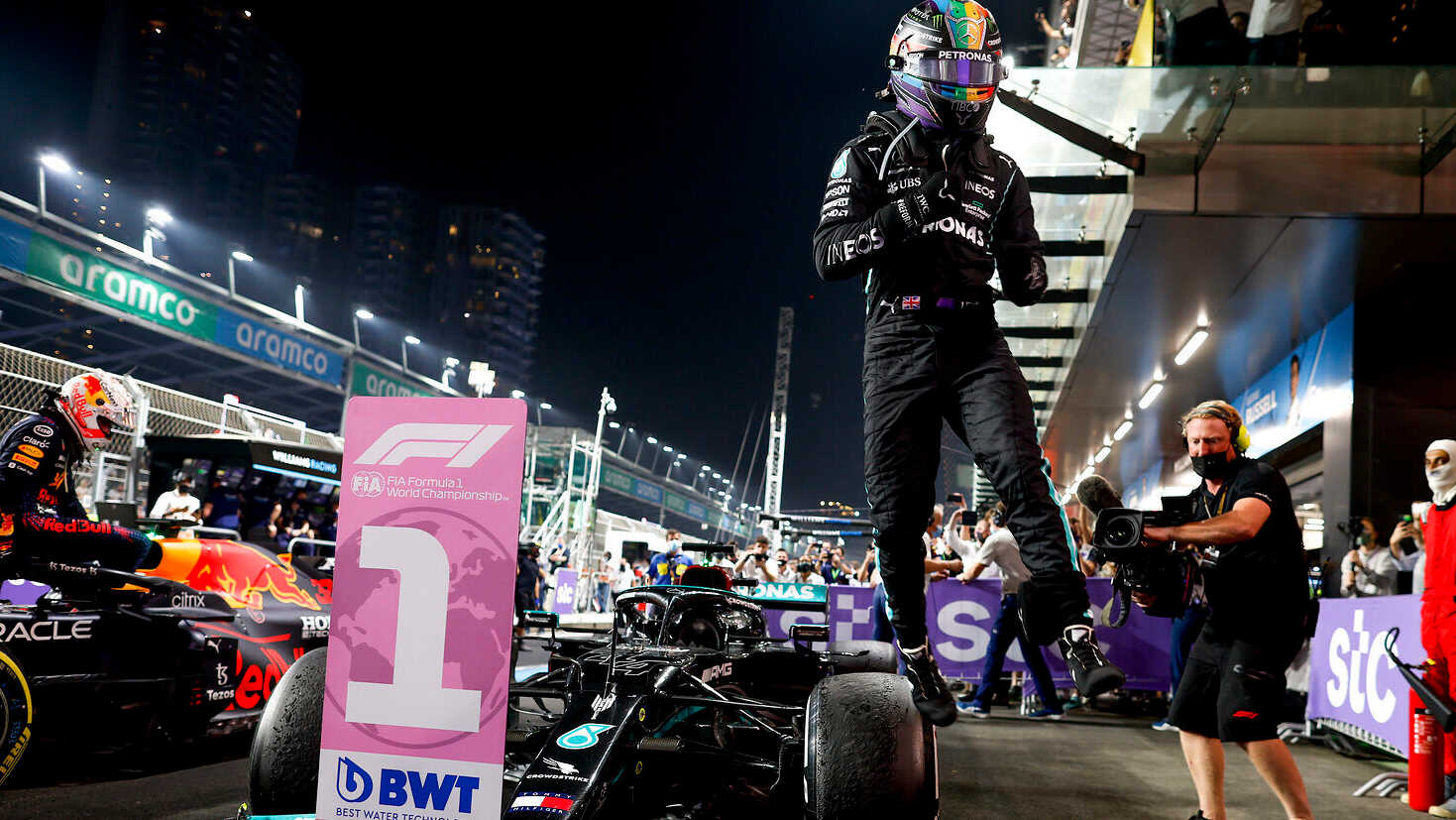 Lewis Hamilton believes that Mercedes are more energised than he has ever seen them before as they head into the title-deciding Abu Dhabi Grand Prix.

The team have been locked in a fierce duel with Red Bull for the championship throughout the 2021 F1 season, whilst Hamilton has gone head-to-head with Max Verstappen on the track.

Despite the intensity of the battle, Hamilton thinks that the Silver Arrows are ready to take on the final hurdle.

"The fight is so, so deeply great," Hamilton told media including RacingNews365.com.

"I've been with this team [for] 10 years. I've seen the passion all these years. I don't think I've seen what they were just showing me there, coming down the pit lane and at the end of the race [after Hamilton's win in Saudi Arabia].

"It's on a different level, the energy. We're all hyped. The fight is so spectacular, and I appreciate it."

There have been several controversial moments in the battle between Hamilton and Verstappen, with the pair involved in another clash at the Saudi Arabian Grand Prix.

Hamilton believes that their different approaches to racing have made the fight more challenging.

"It's just difficult out there," the Briton explained. "It's difficult to fight with a driver that doesn't work with the same rulebook.

"But I tried, with everything I had, to just keep the car on the track and do it the right way. Anyways, we persevered as a team, and I'm grateful for everyone's hard work."

Now, with both drivers arriving in Abu Dhabi on equal points, Hamilton is determined to do the best he can.

"Who would have thought when we got to this point it would be like this?" the seven-time World Champion said of the points situation.

"But I've generally felt great. So [I'll] just try and keep my head down for this next one, and try and deliver the best result we can."