Hamilton reveals where Verstappen was stronger in qualifying

Lewis Hamilton has pinpointed the first sector at Zandvoort as the main area he is losing time to Red Bull rival Max Verstappen. 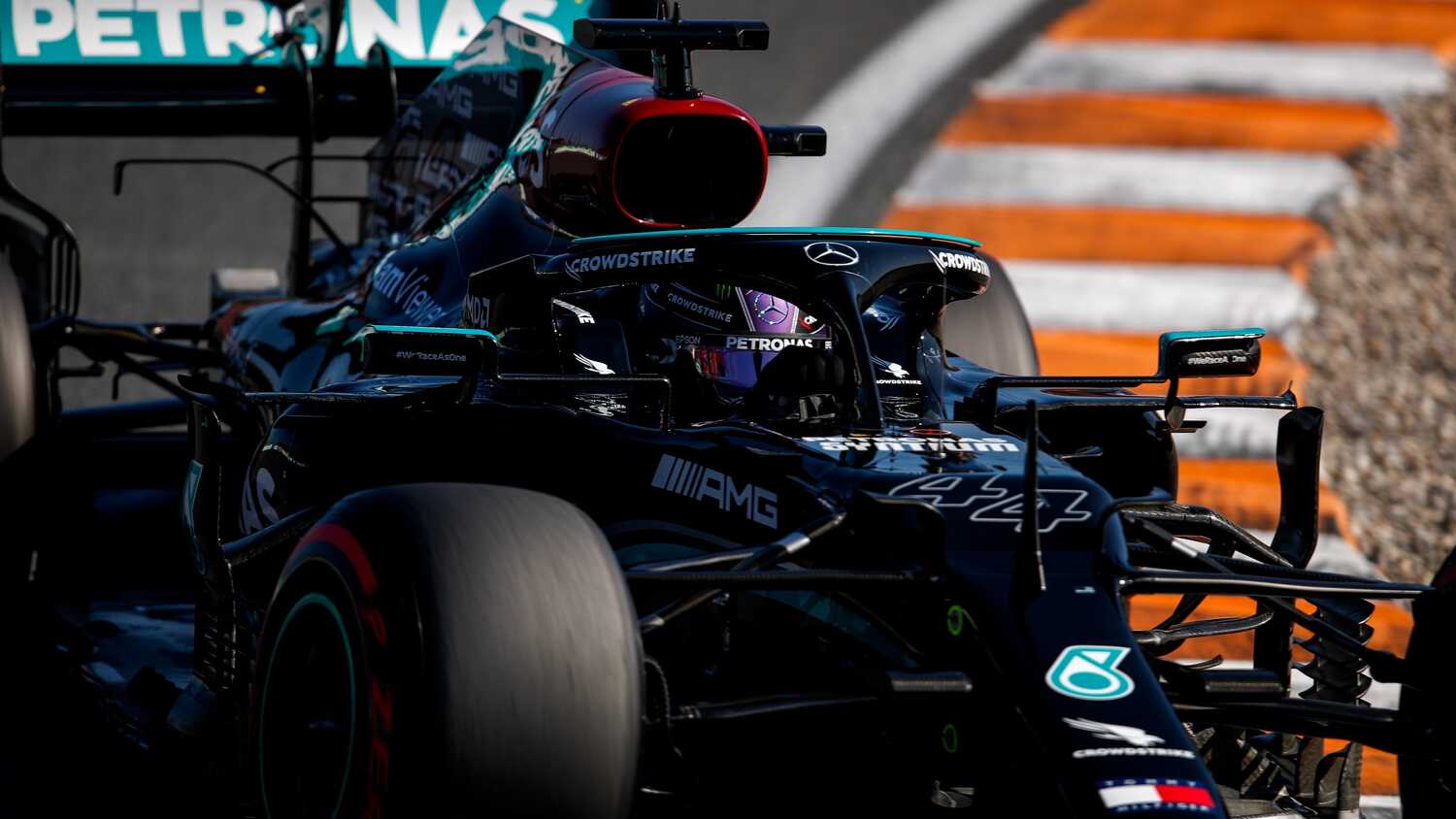 Lewis Hamilton has highlighted the first sector of the lap at Zandvoort, specifically Turns 2 and 3, as the main area he is losing time to Red Bull rival Max Verstappen.

After limited running on Friday due to a red-flagged FP1 and his own engine-related stoppage in FP2, Hamilton trailed Verstappen by the best part of a second in final practice, as he and Mercedes got up to speed.

Despite the setback, Hamilton was able to take the fight to Verstappen in Saturday's qualifying session, missing out on pole position to the Dutchman by just 0.038s at the end of their final runs.

Reflecting on the session, and the weekend so far, Hamilton pointed out Mercedes' ongoing struggle in the first sector relative to Red Bull, with Verstappen's overall best split time in qualifying 0.188s quicker – the trend continuing by 0.072s in sector two.

"It is mainly the exit of [Turn] 2 that they're [Red Bull] a lot quicker, and particularly [Turn] 3 that they're a lot quicker," Hamilton told media, including RacingNews365.com, after qualifying – Turn 3 being the banked Hugenholtz corner.

"Even on that [last] lap, I think it's something like… I was told 1.8 [tenths] still, so it's still close to two-tenths that we're losing in that area.

"It's difficult to say exactly what it is, but there's some characteristic of our car that doesn't like that corner, but still, it's incredibly fun."

Hamilton added that he did all he could over the remaining two sectors of the lap in a bid to claw back the deficit to Verstappen, with his outright best sector three time proving to be 0.121s faster.

"The third sector was really on the edge… until the last corner, there wasn't any road left," he explained.

"I was really, really happy with that and it's great that we were able to get that close, because they [Red Bull] pulled quite far ahead at one point, pace-wise.

"I still think if we had another session, we would all go quicker, and I think there's more time to find."

Verstappen explained after qualifying that there was "quite a bit more time" available in his final attempt, which was compromised by issues.