There was little for Lewis Hamilton to smile about after his performance at the F1 Monaco Grand Prix. The British driver was vocal about the fact Mercedes weren't at their best, but he admits he could have handled things differently. 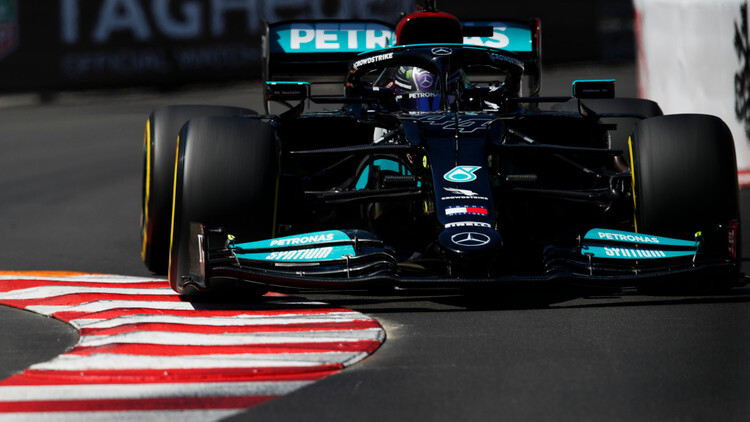 Lewis Hamilton wasn't shy in directing criticism at his Mercedes team following a disappointing performance at the F1 Monaco GP, however the British driver admits he shouldn't have been so vocal about his displeasure.

A poor performance in qualifying saw Hamilton start seventh and he wasn't able to improve on that during the race in Monte Carlo. The Mercedes driver now finds himself trailing Max Verstappen in the Drivers' Championship, and while he was critical of the team after the race, he admits he should have handled things differently.

“I think naturally in the heat of the moment, you don't always say always the best things,” Hamilton told RacingNews365.com and other members of the media. “I think constructive criticism is always a good thing, better said behind closed doors and that's what we've been doing.

"There was no one single person to blame. I was very much part of the decision-making process, and after going back and analysing things, there were things that I could have said that would have had a domino effect on.

"We know that we could have done better and one race doesn't define us. You always tries to do better in future and as I said, we win and we lose as a team so we will push forwards and hope for better.”

Hamilton has his sights firmly set on an improved performance this weekend in Baku for the Azerbaijan Grand Prix.

"A slightly different circuit with different requirements," Hamilton added. "The temperature difference is a bit different here this weekend.

"So I think a different set of challenges probably this weekend. I don't think necessarily the same as we saw in the last one."