Hamilton questions Verstappen's driving: I don't understand why he hit the brakes

Lewis Hamilton is not sure why Max Verstappen braked when the Dutch driver tried to let him by during the middle of the Saudi Arabian GP. 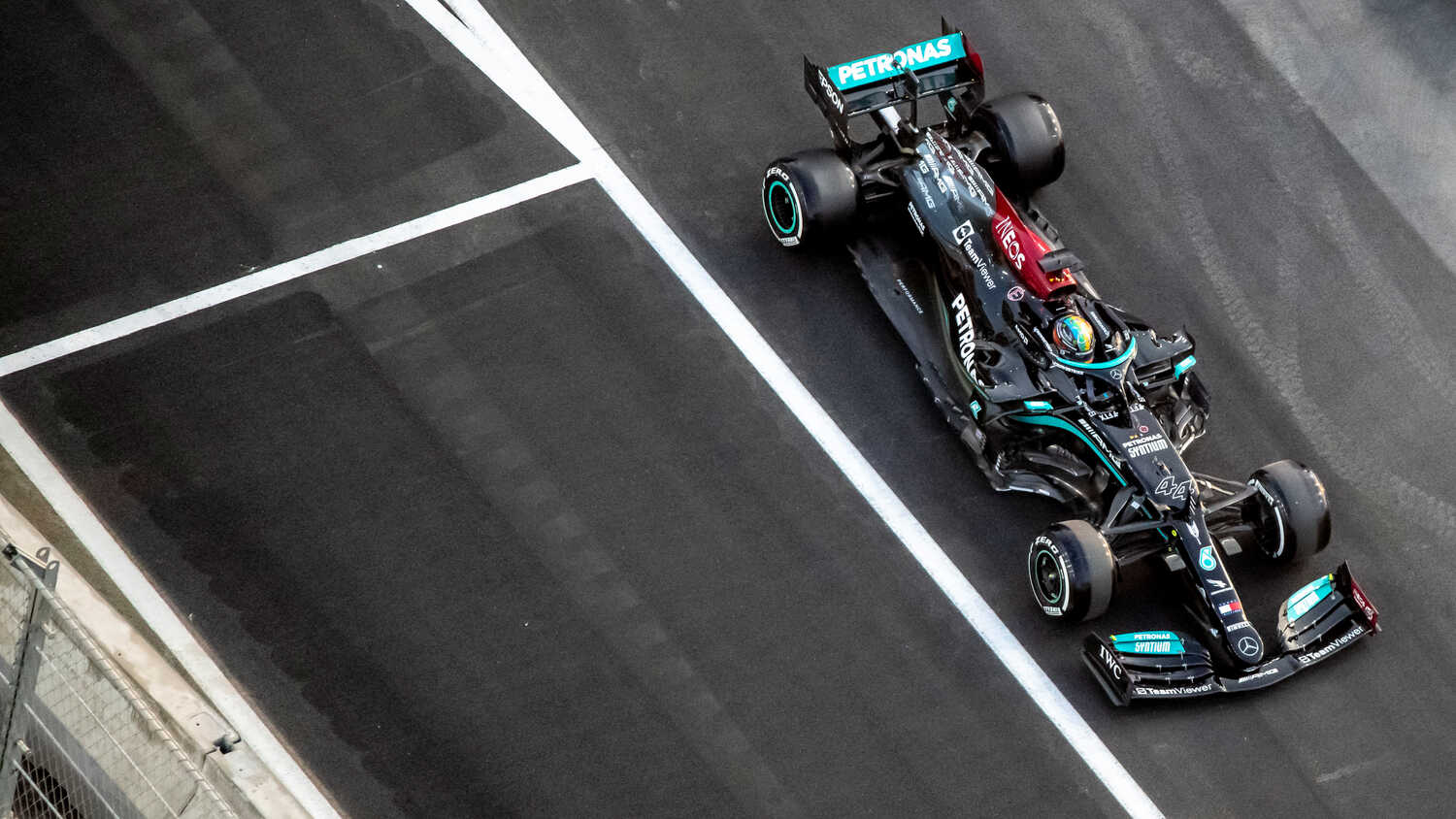 Lewis Hamilton is puzzled about Max Verstappen's attempt to let him by during a chaotic Saudi Arabian Grand Prix.

Red Bull were ordered by the FIA to tell Verstappen to let Hamilton through after the pair nearly came together at Turns 1 and 2, where the Dutchman cut the corner to retain the lead.

Verstappen slowed and appeared to brake on the run down to the final corner, seemingly catching Hamilton out. Hamilton ran into the back of Verstappen, but managed to take the lead later on in the race as he went on to win in Jeddah.

"I didn't quite understand why he suddenly hit the brakes quite heavily, and then I ran into the back of him," said Hamilton.

"He moved on, so I didn't understand exactly what was going o, and I got a message afterwards that he was going to let me past, so it was a bit confusing."

Hamilton and Verstappen went side-by-side several times, with the latter taking the lead on the second standing start restart due to a bold move into Turn 1.

Once Hamilton overtook Esteban Ocon, he began chasing Verstappen in a highly intense battle for the lead.

The seven-time World Champion eventually fought his way past Verstappen, who seemed to let him through for a second time at the last corner, and also set the fastest lap of the race.

"I've been racing here a long time, but that was definitely incredibly tough," continued Hamilton. "Trying to be as sensible and as tough as I could be out there, but also sensible.

"With all my race experience over the years, just keeping the car on track and staying clean. It was difficult, but we persevered as a team, because we've had all sorts of things thrown at us in the second half of the season.

"Valtteri [Bottas] did a great job today to get some points - great points for the team. This is for all the guys and girls back to the factory."

Hamilton's victory means he is tied on points with Verstappen heading into the final race of the season. Verstappen leads the championship on countback due to his superior number of wins.

He has voiced his concerns about human rights issues in the build-up to the Saudi Arabian GP, but thanked the crowd following the race.

"I'm really grateful for the crowd we've had this weekend," said Hamilton. "It's nice to be here.

"It's been an amazing event. I've felt very welcome here. The people have been lovely and the track is phenomenal to drive.

"It's very, very difficult physically and mentally, but we wouldn't want it any other way."