Hamilton praises Verstappen: I gave it absolutely everything

Mercedes' Lewis Hamilton said he simply didn't have the pace to stop Max Verstappen from taking victory at home at Zandvoort. 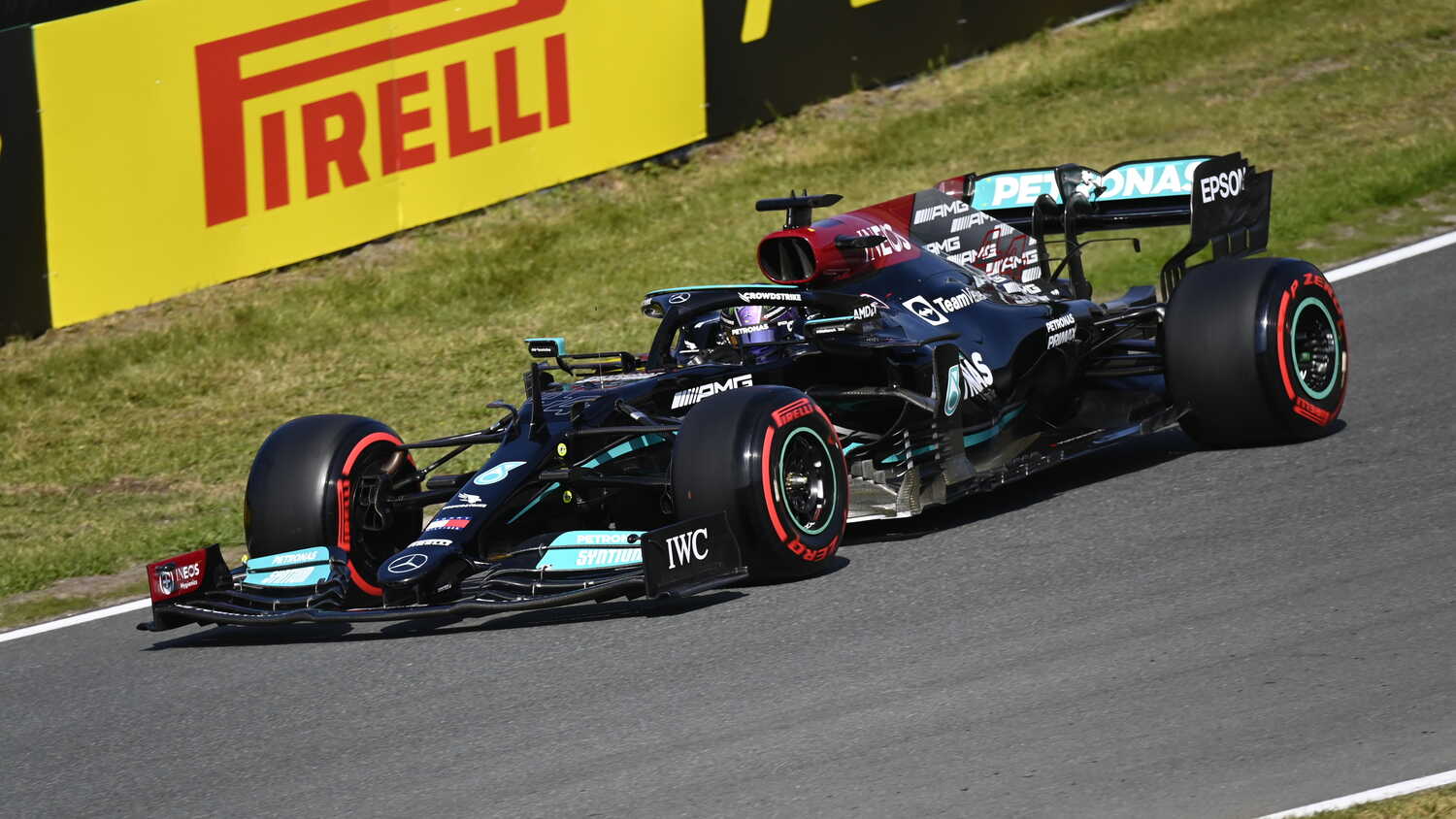 Mercedes' Lewis Hamilton has paid tribute to his title rival Max Verstappen, after the Red Bull driver took victory in front of his home fans at Zandvoort.

Hamilton had kept the pressure up on Verstappen consistently through the 72-lap race, only falling away at the very end after a late pit-stop to take the fastest lap point.

"Max did a great job, [so] congratulations to him. I gave it absolutely everything today, [I went] flat out, I pushed as hard as I could, but they were just too quick for us," smiled Hamilton, after utilising a two-stop strategy to run the Medium tyre for the second and third stint.

"I've had an amazing time here in Holland, thanks to the crowd, thank you so much for having us!"

Hamilton joked that Verstappen had gotten very fortunate through the lapped traffic, as the top three managed to lap everyone else around the relatively short circuit.

"I'm going to call him Noah from now on!" Hamilton added, probably meaning the biblical character Moses, who parted the Red Sea, as opposed to the Noah of Noah's Arc fame.

Having pitted to take the fastest lap point on the final lap, Hamilton said Zandvoort had become one of his favourite tracks straight away.

"The last lap was one of the best parts of the race for me, because this track is just incredible on a single lap, [on] low fuel," he said.

"This is now one of my favorite tracks, so I'm looking forward to coming back next year."