Lewis Hamilton has admitted that he had no answer to Max Verstappen's pace during qualifying for the Abu Dhabi Grand Prix. 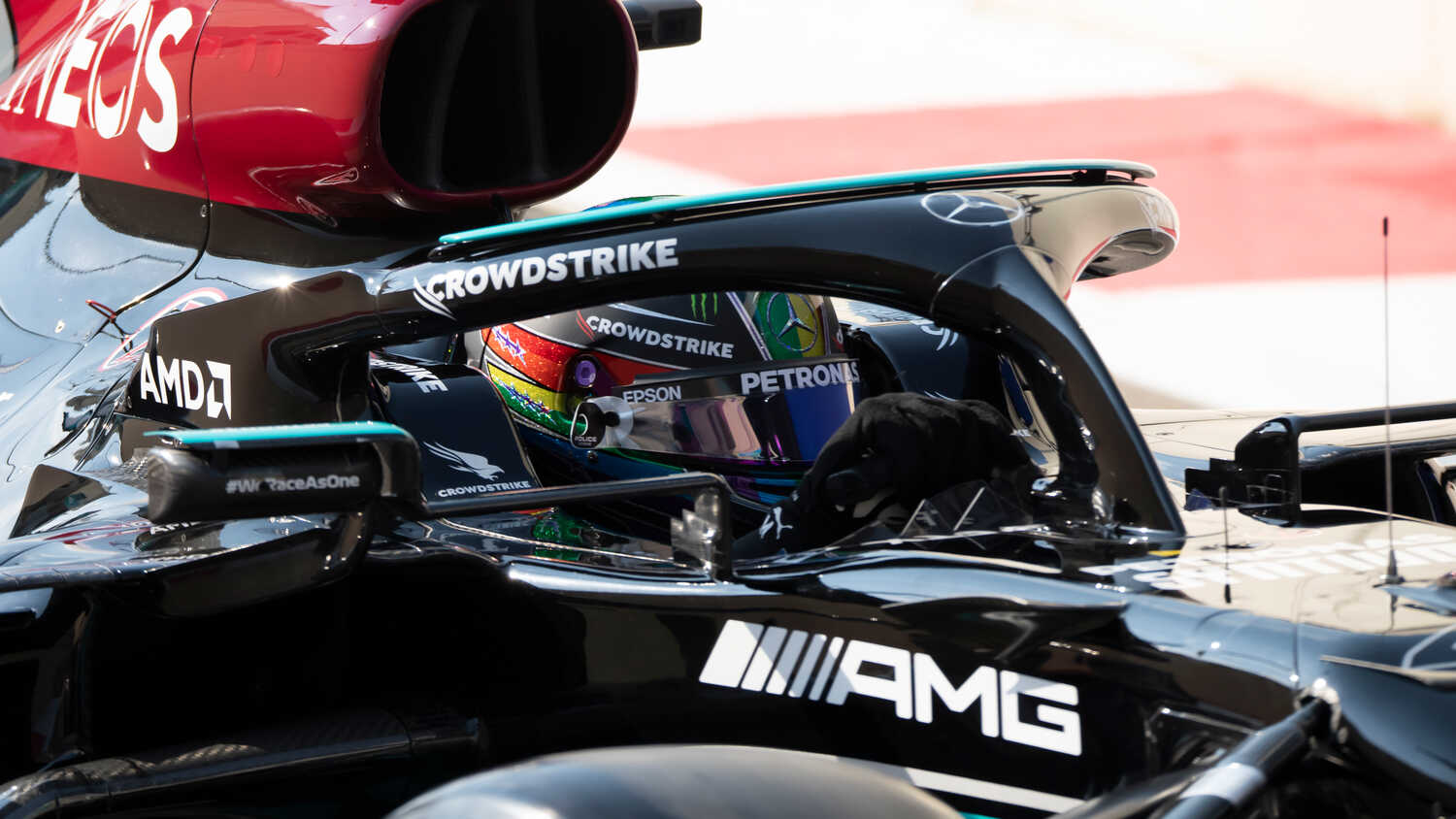 Verstappen trailed Hamilton throughout practice at the Yas Marina Circuit but took the fight to his championship rival in qualifying, clocking a 1:22.109 early in Q3 after making the most of a tow from Red Bull teammate Sergio Perez.

Despite his best efforts, Hamilton had to settle for second on the grid for Sunday's race, posting a lap some four-tenths slower than Verstappen.

Speaking after qualifying, Hamilton said: "Firstly, Max did a great lap today. We just couldn't compete with that time at the end there.

"It was looking really strong through practice. We just couldn't answer to that lap. That was a fantastic lap from him."

Expanding on where he lacked pace in Q3, Hamilton added: "On the first lap, I dropped a little bit of time in Turn 5. But the last lap was nice and clean, I just couldn't go any quicker.

"I don't know if it was tyre prep or whatever it may be in terms of the out lap, but nonetheless, I couldn't beat that time that he did today - he fully deserves the pole."

"I'm grateful I can see where he is!"

Hamilton will start Sunday's race on the more durable Medium tyre, while Verstappen will run the Soft, brought on by a lock-up during his Medium-tyre run in Q2.

Despite missing out on pole, Hamilton remains positive about his chances of claiming victory and, ultimately, the title.

"I'm still on the front row," said Hamilton, adding that he thinks he's in a "good position" with his tyre choice.

"We've got the difference obviously between the tyres, but I'm grateful I can see where he is! And then we can try navigate from there."