Hamilton 'not thinking about' gap to Verstappen

With trips to Mexico and Brazil on the horizon, Lewis Hamilton insists he's focused on taking things one race at a time after losing ground to Max Verstappen in Austin. 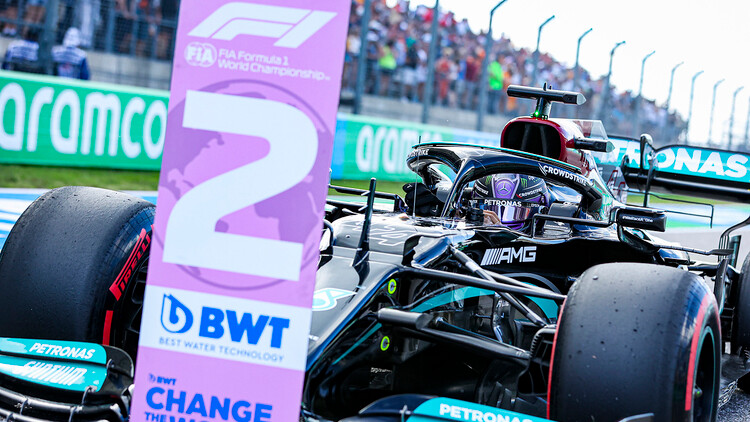 Mercedes' Lewis Hamilton says he isn't thinking about the gap to Max Verstappen "at the moment" after seeing the Red Bull driver increase his championship advantage to 12 points.

Although Hamilton beat Verstappen to the first corner, it wasn't enough to stop the Dutchman from claiming his eighth win of the season at the United States Grand Prix.

With just five races remaining, Hamilton now trails his rival by 12 points ahead of trips to Mexico and Brazil, which have been Red Bull tracks in the past. Nevertheless, Hamilton insists he's just taking things one race at a time.

"I'm not thinking about [the gap] at the moment," Hamilton told RacingNews365.com and other members of the media. "I [have] got to be happy with the job that I did today and live in the moment.

"Unfortunately, we weren't quick enough to win the race. [I've] just got to look forward and just take it one race at a time.

"There are two circuits [Mexico and Brazil] that are strong for Red Bull, so we'll just try and minimise how strong they can be compared to us and see if we can do a better job."

When asked if Mercedes could have done anything differently to stop Red Bull in Austin, Hamilton believes the team did the best they could.

"I don't know what we could have done differently. I have to sit down and talk with the team afterwards," Hamilton added.

"I think the team did a great job today, and it was best with what we had. We're going to the next two tracks, which are very strong circuits for Red Bull, so it's gonna be tough for sure."