Mercedes' Lewis Hamilton was visibly overcome by setting the fastest time in qualifying, after putting in an extra sim session at the Mercedes factory on Friday morning. 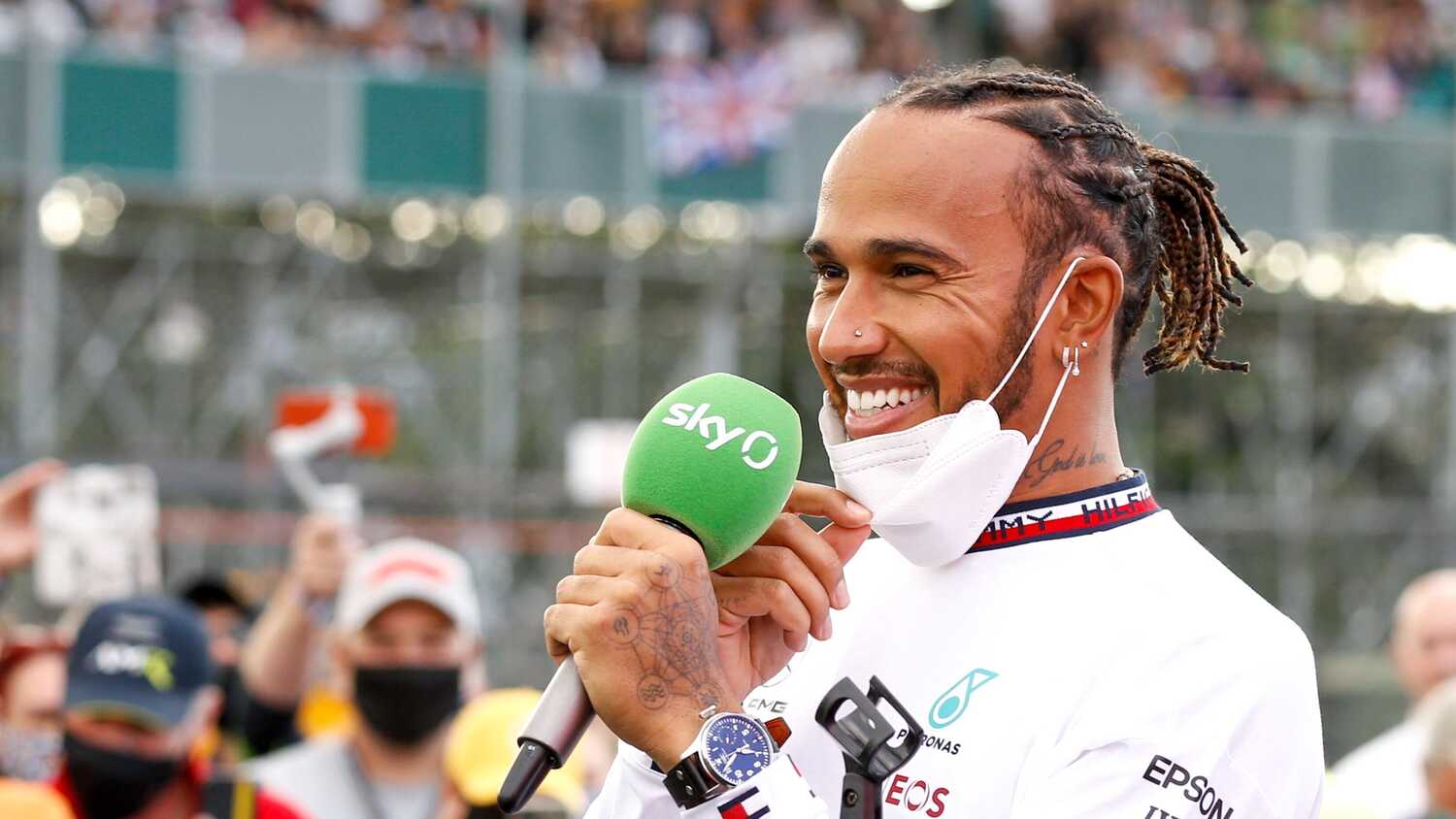 Mercedes' Lewis Hamilton has said an extra sim session at the team's factory in Brackley came in as crucial in terms of preparation for the qualifying session at Silverstone.

Hamilton was comfortably quicker than Red Bull's Max Verstappen, with a lap some half a second quicker than the Dutch driver going begging due to an error in the third sector. Despite this, Hamilton claimed the fastest time and will start from the front for the Saturday Sprint Qualifying race.

"Red Bull were very quick in that practice session but we were staying very focused on our job and trying to layer up," Hamilton said after stepping out of the car.

"I was in the sim this morning using it as a practice session because it's the first time we've ever had a morning free, just putting in the time and to give absolutely everything. Leave no stone unturned."

Asked more about the sim session at the factory, Hamilton said he had wanted to make the most of the available time this morning waiting for the free practice session in the afternoon to come around.

"I was in the factory on the sim on Tuesday. And we had this morning free and I was like 'Look, I'm not gonna sit around and waste time. Let's get to it.'

"So we did a practice session this morning on there. And also just trying to develop it, trying to give the guys as much information as possible. So as we're developing the car, we're squeezing absolutely every ounce of performance in this thing. But it was holding together today. So I'm over the moon!"

With Silverstone boasting packed out grandstands for the British Grand Prix weekend, a rapturous crowd roared their approval for Hamilton's achievement and the reigning Champion thanked the crowd for their reaction.

"We have been missing this for a whole year," he said to the crowd over the loudspeakers.

"I'm so grateful to see everyone here - we've missed you for a whole year. To come to the Silverstone grand prix and have a full crowd like this, you see the energy and when I was coming into it with the great work we've done together in the team plus the energy of the fans would give us there.

"This is down to the fans I think.That first lap was great. The second one was looking even better but just lost the back end in that last corner, so my heart was in my mouth as I crossed the line. But I could see the crowd and it was really reminiscent of my first pole here in 2007."