Reigning Formula 1 world champion Lewis Hamilton says he is not too upset with his loss to Max Verstappen at the French Grand Prix. 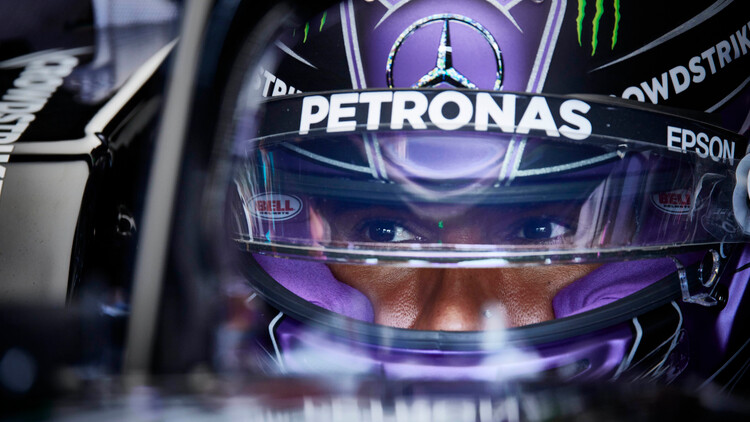 Mercedes driver and seven-time F1 world champion Lewis Hamilton says his loss to Max Verstappen at the French Grand Prix is not something he is upset about.

Despite leading the early part of the French Grand Prix, Hamilton would finish second behind Verstappen with Mercedes getting their race strategy wrong. What transpired was a reverse of the situation that occurred in Barcelona with Hamilton being forced to nurse his tyres home while being hunted down and ultimately passed by the Red Bull driver.

"I'm not massively disappointed," Hamilton said regarding his loss during the post-race press conference.

"I think we did a great job today and it just didn't work out. Of course, there were things that we could probably have done slightly better but overall they've been quicker than us all weekend. And so it's a true reflection of the pace they have.

"I'm sure if we look in hindsight, if we stopped earlier and just gone on to a two-stop [we] probably could have won the race. But it would have still been very difficult their pace was generally very, very strong.

"If he had not made a mistake in Turn 1, then they would have just lead the race all the way probably."