Red Bull are the team to beat after winning the last four races. The Milton Keynes outfit continue to take step forwards, but Lewis Hamilton isn't letting their form get to him. 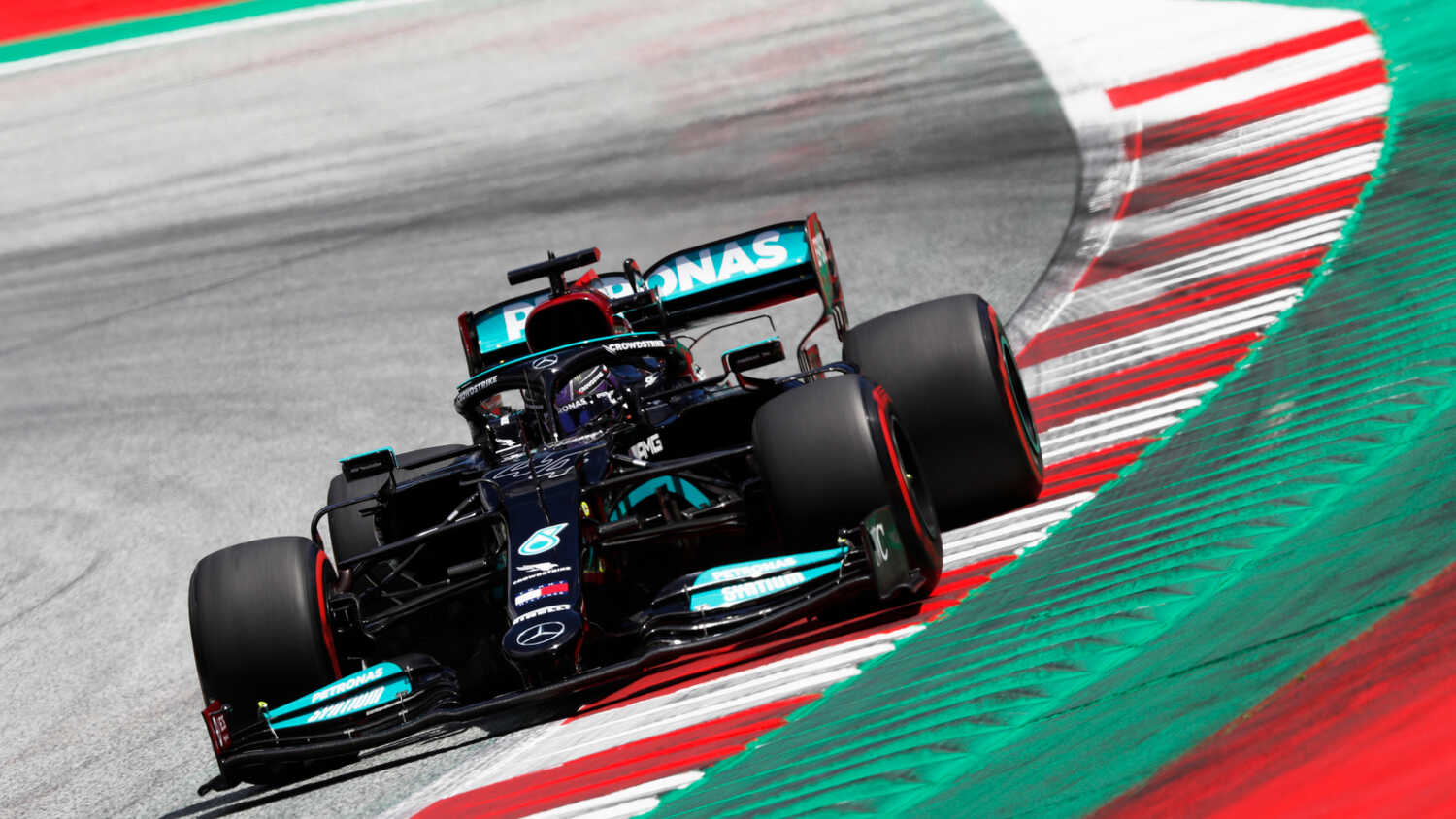 Lewis Hamilton finds himself trailing Max Verstappen in the F1 Drivers' Championship by 18 points, and while the momentum is firmly in Red Bull's corner, the Mercedes driver isn't letting the gap atop the standings influence his mindset.

The British driver had no answers during the Styrian GP, settling for a second place finish as Verstappen cruised to victory. Red Bull are the team to beat following four wins in a row, but Hamilton isn't letting their recent run of victories alter his focus.

"I don't really find myself being concerned as such," Hamilton told RacingNews365.com and other members of the media. "Of course, it's a time where we are all pushing as hard as we can.

"We'd love to have more pace at the moment to be able to really challenge, not only just in qualifying, but in the race. They're continuing to take steps forwards, but I just I can't get tied up and I won't get into that negative bubble of worrying.

"All I do right now is just trying to put all the energy into making sure I'm best prepared, helping the engineers be best prepared. Lots of great conversations, and this is the time when we just come together and we unite and we work as hard as we can to to rectify whatever issues we have.

"That's what we do, and that's why we're World Champions and I have confidence in the team that we can do that."

Hamilton admits Red Bull have done a great job in recent times, however with the season not even at the halfway point, he isn't ready to wave the white flag.

"They've obviously done a great job over these last four races," Hamilton added. "It's been really difficult for us from Monaco, which obviously was a bit of a disaster, and then same for Baku, better in France and then better last weekend.

"However they've taken a step ahead of us, so we're just working as hard as we can to see if there's a way we can close that gap. We're not even halfway through the season so I'm still fighting and chasing for this title."