Mika Hakkinen expects Sergio Perez to carry his strong form into Mexico, which is good news for Max Verstappen in his bid for a first F1 World Championship. 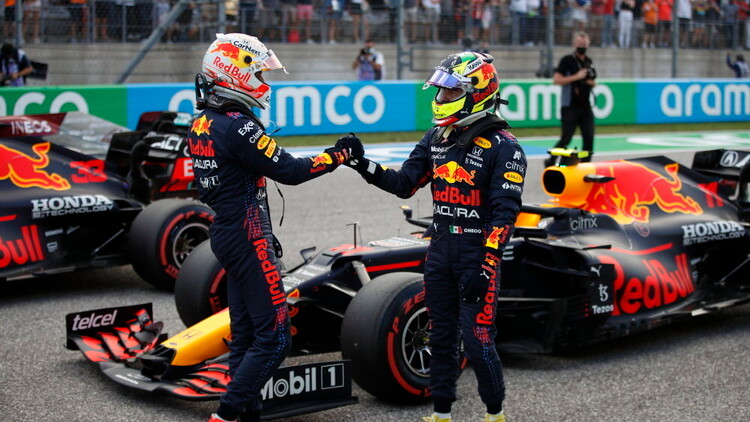 Perez finished third behind Verstappen and Lewis Hamilton in Austin, a result that Red Bull celebrated in style as they cut the gap to Mercedes in the Constructors' standings to 23 points.

Next up is a trip to Perez's home race in Mexico. Hakkinen expects Perez to help Verstappen out once again, as the Dutchman looks to defend a 12-point lead over Hamilton.

"It was a strong weekend for Max's teammate, Sergio Perez, who looked like he might take pole position," Hakkinen wrote in his column for Unibet.

"Although he started third, he was able to put enough pressure on Lewis to force him to make his first pit-stop slightly earlier in order to avoid the undercut.

"Sergio's performance in this next race will again play an important strategic role for Max, but I know that Lewis and Valtteri Bottas remain confident that there will be more opportunities for victories this year.

"It's a championship that has produced some major surprises and we will certainly see some more before we reach Abu Dhabi in mid-December."

Perez described the United States Grand Prix as his "toughest race ever", finishing the gruelling 56-lap encounter without a working drinks system. Hakkinen believes that hindered him towards the end of the race.

He added: "Ultimately Sergio fell back, not helped by a drinks bottle that was not working - that made life difficult for him towards the end of the race.

"On a hot day, dehydration is not ideal when racing in F1!"