Mika Hakkinen was very impressed by one particular aspect of Lewis Hamilton's drive in Russia. 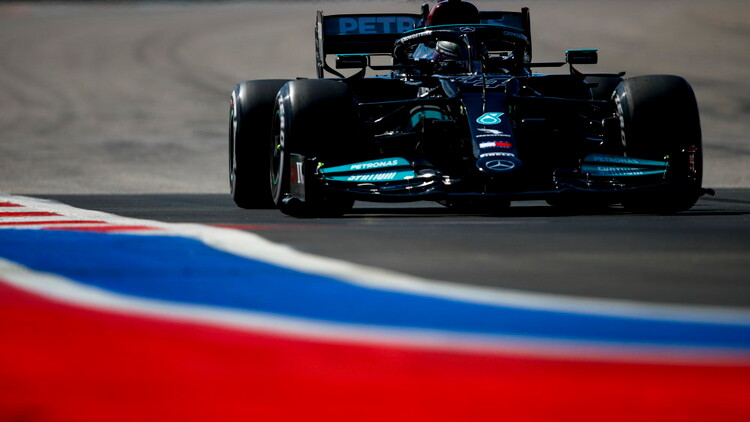 Hamilton won the Sochi race, having only taken the lead with three laps to go after a call from Mercedes to swap him to the Intermediate tyre as the rain started to fall. Race leader Lando Norris opted to stay out on slicks, a decision that ultimately proved to be the wrong one.

Having bided his time during the Grand Prix behind the leading McLaren, Hakkinen praised Hamilton for his composed win to make it a round 100 victories to his name.

"Lewis Hamilton used all his natural speed and experience to take an amazing 100th Grand Prix victory," Hakkinen wrote in his column for UniBet. "It is a huge achievement for the seven-time World Champion.

"He showed another important quality in the race – patience. It's a quality you learn over time, particularly when you have confidence in yourself, your car and the team. You learn to focus on simply driving your best strategy, allowing the race to come to you.

"You could see that in Sochi. Despite a difficult qualifying and dropping three places at the start, Lewis' recovery was steady. He picked off each target and calmly worked his way into the fight with Lando.

"In the dry conditions he found it more difficult to get past Lando's McLaren, so when the rain arrived it became a clear opportunity for Lewis to take."

With just seven races remaining in this year's championship, Hakkinen said reclaiming the lead in the title chase marks a crucial moment as the season starts to reach its climax.

"It is a very important win in relation to the World Championship," he said.

"It is Lewis' first victory since his home win at Silverstone in July, and one he needed to score since championship rival Max Verstappen started from the back of the grid."