Grosjean set to return to F1 for special Mercedes test

With Romain Grosjean's last F1 memory being that of careering into an Armco barrier at high speed, the Frenchman has been craving one final drive in the series to end his decade-long spell on a high note. At Paul Ricard next month, he'll finally have the opportunity to. 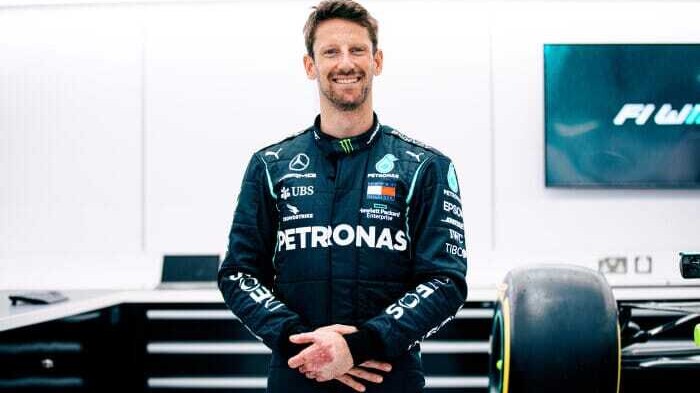 In an emotional return to Formula One, Romain Grosjean will return to the cockpit of an F1 car for the first time since his dramatic accident at the 2020 Bahrain Grand Prix, when he drives Lewis Hamilton's World-Championship-winning W10 at the Circuit Paul Ricard next month.

Romain's escape from the burning wreck of his Haas car captured the world's attention in November 2020, as the 35-year old was fortunate to escape with only severe burns to his hands. Despite his valiant efforts to recover, Romain was ruled out of the final two races of the season, appearing to close the door on a storied F1 career spanning 179 starts and 10 podiums.

In the weeks following the accident, Toto Wolff made a commitment to the 35-year-old that his crash would not be his final moment in F1.

Staying true to his word, Wolff invited Grosjean to the Mercedes F1 base so he could spend some time on the team's simulator in preparation for a specially-organised test at the Frenchman's home circuit on 29 June. He will also take part in a series of demo laps ahead of the French Grand Prix on Sunday 27 June.

"I am so excited to jump back in an F1 car!" Grosjean wrote in an official Mercedes F1 statement announcing his return.

"It will be a special opportunity for me and to drive a World Championship-winning Mercedes will be a unique experience. I'm very grateful to Mercedes F1 and to Toto for the opportunity.

"The first I heard about the chance to drive a Mercedes was in my hospital bed in Bahrain when Toto was speaking to the media and made the invitation."

Grosjean will spend much of this year racing stateside in the Indycar series, but the driver is thankful for the F1 return as it gives him an opportunity to wave goodbye to his home circuit - which he couldn't do in 2020.

"Reading that news cheered me up a lot! F1 didn't get the chance to race in France during 2020 because of COVID so driving a Mercedes at the French Grand Prix in 2021 and then completing a test at the Circuit Paul Ricard will be so special. I can't wait for the day to arrive," Grosjean excitedly added.