Grosjean reveals Vettel's message to him during hospital visit

Romain Grosjean has spoken about a visit he had from Sebastian Vettel while in hospital after his Bahrain crash. 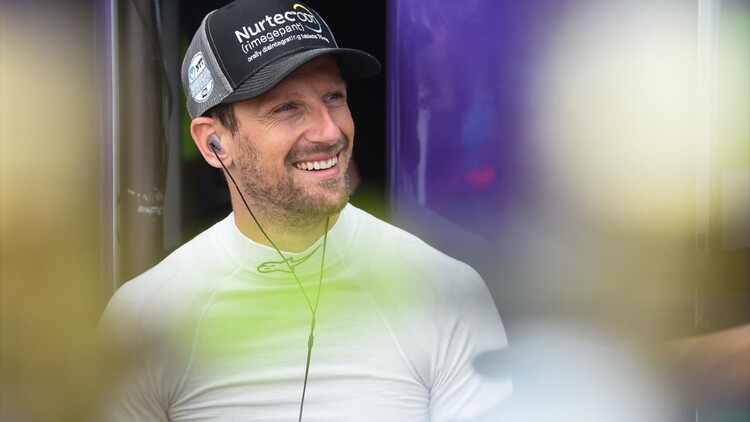 Romain Grosjean has revealed the details of a conversation he had with Sebastian Vettel, after the German showed up early at his hospital bed on the morning after his crash in Bahrain last November.

Grosjean endured a terrifying crash in Sakhir, ploughing through the metal barrier as his Haas split in two. The car caught fire, with Grosjean clambering free in what has become one of the most iconic images in sport in recent years.

Grosjean has written a book about the experience of facing death in the traumatic crash. Currently only available in French, titled Le Mort En Face, it addresses the vulnerabilities he felt as a sportsman and a father in the wake of his crash.

He revealed that, the morning after the crash, he had an unexpected visit from then-Ferrari driver Sebastian Vettel.

"On Monday, 30th November (a day after the crash), I woke up at six. Someone came early and quite unexpectedly: Sebastian Vettel," wrote Grosjean in the book.

"He was worried about me. Seb is probably the driver that I feel closest to. He is living the same life as I am with his three kids and he wants to protect that life as much as possible."

Grosjean had initially intended to recover quickly enough to race at the season finale in Abu Dhabi to see out his F1 career, which later proved impossible due to the extent of the burn injuries he had on his hands.

He explained that Vettel had attempted to discourage him from driving anyway, and to take the time out to recuperate properly.

"When I told him I wanted to drive at the last race he told me: 'No, you need to go home and rest!' I explained to him that I know it's the end of my career and I don't want it to end like that."

Unfortunately for Grosjean, his F1 career did end like that. Mercedes have since attempted to arrange a test in an older car for him, in order to say goodbye to F1 properly, but the scheduled run in France during the summer had to be called off due to COVID travel restrictions.

Grosjean has landed on his feet elsewhere, though. Driving for Dale Coyne Racing on a part-time programme in IndyCar this year, Grosjean's rookie season was impressive enough to land a full-time seat with Andretti Autosport for 2022.

He has also confirmed that his book will be released in English, although a publication date is yet to be announced.