Michael Schumacher was memorably given his debut opportunity in F1 back in 1991 when Jordan's Bertrand Gachot was sent to prison. Gachot remembers when he was first told about his replacement. 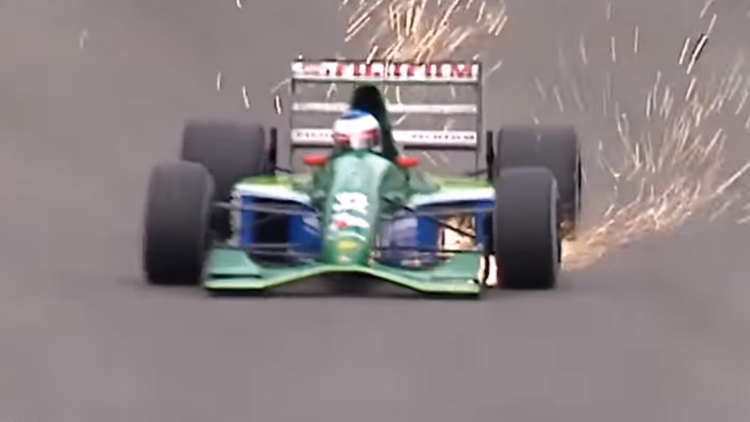 Bertrand Gachot, the F1 driver whose imprisonment resulted in Michael Schumacher making his debut in the sport, admits that he first heard about his replacement when he was behind bars.

Ahead of the 1991 Belgian Grand Prix, Jordan driver Gachot was sentenced to 18 months in prison at HMP Brixton following a road rage incident in London that had occured in December 1990. The Frenchman had been on his way to a meeting with boss Eddie Jordan when his car collided with a taxi in front of him. After a confrontration with the taxi driver, Gachot sprayed the driver with CS gas to defend himself, and was arrested for Actual Bodily Harm.

When a trial took place nine months later, Gachot expected to receive a fine or a suspended sentence, but instead was sent to jail. This left Jordan without a driver for the upcoming race in Belgium, and led to Schumacher being given the opportunity. The rest is history, but Gachot still clearly remembers first hearing about his impressive replacement whilst in prison.

"I didn't know [about him]," Gachot told the Beyond The Grid podcast. "The first time somebody spoke to me about Michael Schumacher – I won't forget – is one of the guards in jail.

"He said, 'The new guy that they hired is so good, they don't need you anymore. So you can stay here'. I tell you, word for word."

Gachot was not able to watch for himself what Schumacher was doing, but received news of the situation from Jordan's other driver Andrea de Cesaris.

"Andrea de Cesaris sent me a letter," Gachot explained. "And that was very funny. I was really good friends with Andrea, and he was an amazing guy.

"He wrote me the letter saying, 'Don't worry about the German. He just got me in qualifying, but I will get him soon. You watch.'"

This did not prove to be the case for the experienced de Cesaris. Schumacher outqualified him to put the Jordan in seventh on the grid for his debut Grand Prix in F1, though was forced to retire from the race on the first lap due to problems with the car.

However, this performance was enough to attract the attention of other teams, and Schumacher joined Benetton from the next Grand Prix onwards.

Meanwhile, Gachot was released from jail after two months following an appeal, and did manage to race in Formula 1 again with the Larrousse team in the remainder of 1991 and 1992. He also raced for Pacific Grand Prix in 1994 and 1995.