A thrilling round of the 2021 Formula 1 season saw Lewis Hamilton win his home event at Silverstone following a controversial high-speed collision with Max Verstappen. Charles Leclerc was second after leading most of the race in his Ferrari. RacingNews365.com rates the whole field and how they performed at the British Grand Prix. 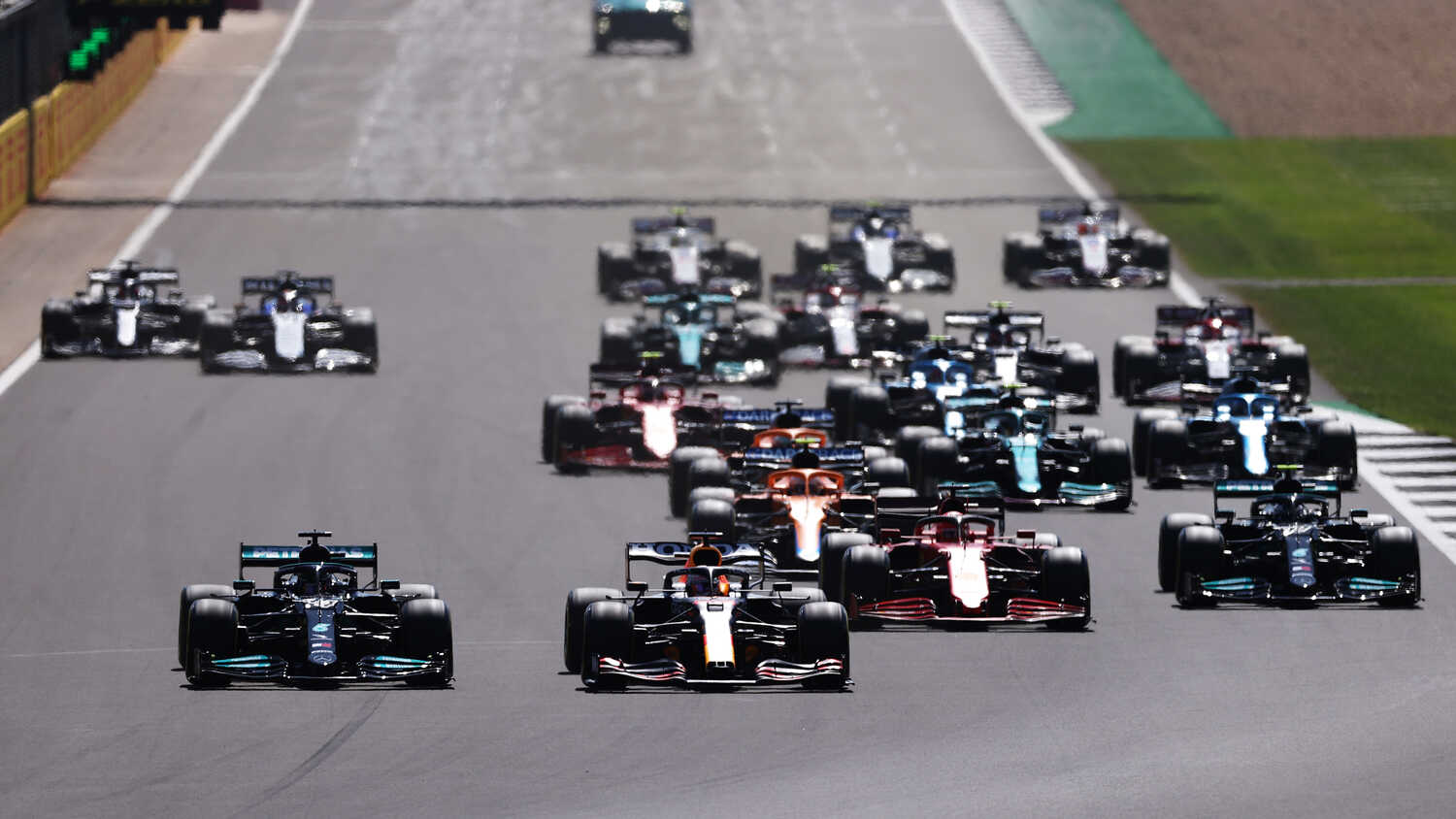 Lewis Hamilton won a controversial British Grand Prix having made contact with championship rival Max Verstappen which saw the Red Bull driver retire from the race.

The pair collided at 300km/h at Copse corner with Hamilton deemed to being at fault. Despite his 10-second time penalty, he recovered by overtaking Charles Leclerc for the lead with three laps to go. Valtteri Bottas was third with Lando Norris coming home in fourth place.

We have rated all 20 drivers based on their qualifying, sprint qualifying and race performances. Team errors such as a slow pit stop or a sub-optimal strategy do not affect our ratings as they are no fault of the drivers.

Our ratings solely look at how well the drivers got on at the British GP weekend.

Hamilton's win will go down as one of the most controversial in his career. It had parallels to Imola in terms of performance. A silly mistake, albeit this time with much more serious consequences for another driver, but a brilliant recovery drive.

The seven-time world championship made a clear misjudgement and arguably should have been punished more harshly. Hamilton was given the second most lenient in-race penalty but he drove the wheels off his Mercedes to end his winless drought.

A tough one to rate.

Leclerc's performance was overshadowed by the Verstappen and Hamilton incident and what a drive it was. He could not have done much more as he kept a much quicker Mercedes at bay during the first stint and managed his tyres brilliantly.

The Ferrari driver responded to Hamilton's lap times as best as he could with consecutive personal bests. From qualifying onwards, Leclerc was on it and just like last year's British GP, he maximised everything from his car. 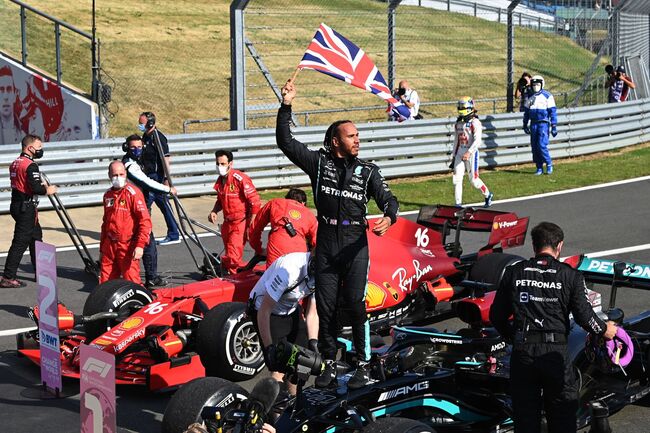 Despite all the chaos and Hamilton's penalty, Bottas was unable to take advantage of it all. It was the perfect opportunity to step up and win his first F1 race of 2021, but he just lacked outright speed.

His soft tyre gamble didn't really work in Sprint Qualifying and he was fortunate that Lando Norris had a slow pit stop. Without that, it felt like Bottas would not have finished inside the top three.

Norris didn't get a podium this time around but his weekend performance was still excellent. Having been mugged at the Euro 2020 final, Norris bounced back from it very well and drove just as he has all year.

If McLaren didn't have a slow pit stop, Norris would have had a great chance of a podium. A top three would have been fantastic but he will taste champagne very soon if he can keep up this standard. 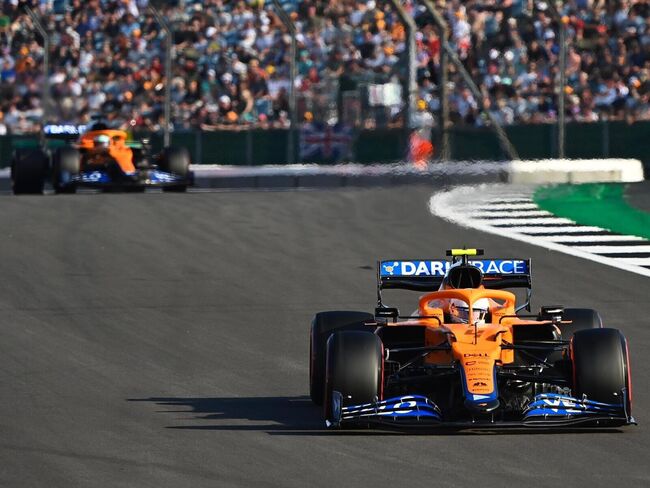 It was a much better weekend for Daniel Ricciardo but the pace is still not there as he was on average half a second slower than Norris.

He made up for it somewhat with a great defence in the second half of the race to keep Carlos Sainz at bay and a top five might be what Ricciardo needs to really challenge Norris in the coming rounds.

Sainz was very fortunate to not receive a penalty for coming back onto the track dangerously at Turn 7 on Saturday but he was arguably every bit as good as Leclerc in terms of pace.

But, just like Norris, a slow pit stop ended his hopes of a brilliant result and he could not quite find a way to get by Ricciardo. Sainz could have had a good chance of being on the podium had he not been on the wrong side of his contact with George Russell. 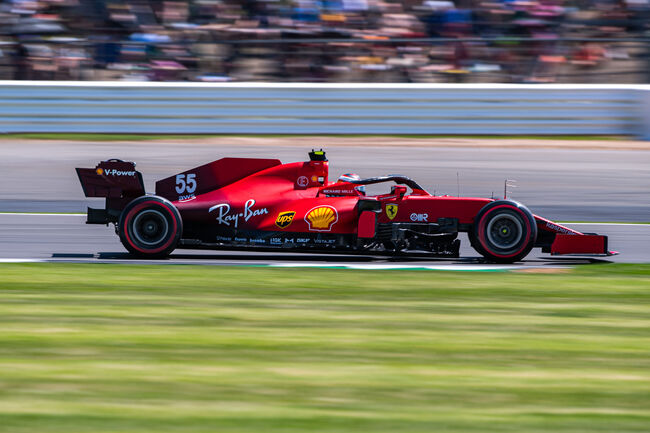 One of the stars of Silverstone was Fernando Alonso who made Sprint Qualifying very exciting with one of the best starts on his F1 career to go from 11th to 5th with some daring overtakes.

In the race, the Alpine didn't have the pace to go with the leading six runners but Alonso was very smart. With Sergio Perez charging from the back, Alonso kept Lance Stroll within one second to give him DRS without letting the Aston Martin driver overtake him.

This kept Perez behind which allowed Alonso to get 7th place. A brilliant weekend from the two-time world champion.

Stroll did a great job on Sunday after an average qualifying and Sprint Qualifying. He did nothing spectacular but was there to take full advantage of troubles during the race. 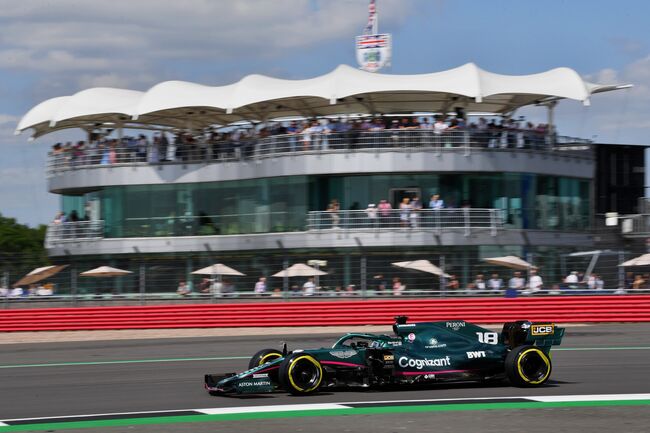 Similarly to Ricciardo, Esteban Ocon had an improved weekend but was just off the pace compared to Alonso. The Alpine driver had a good getaway but was unable to make the most of it as he positioned himself in the wrong place.

Some luck with other drivers dropping out of the race, Perez pitting late on, allowed Ocon to get into the points.

Tsunoda went under the radar during the Grand Prix and made no mistakes all weekend which will be a sigh of relief for the AlphaTauri driver.

He was much closer to teammate Gasly too and managed to pick up a deserved point for his clean driving. 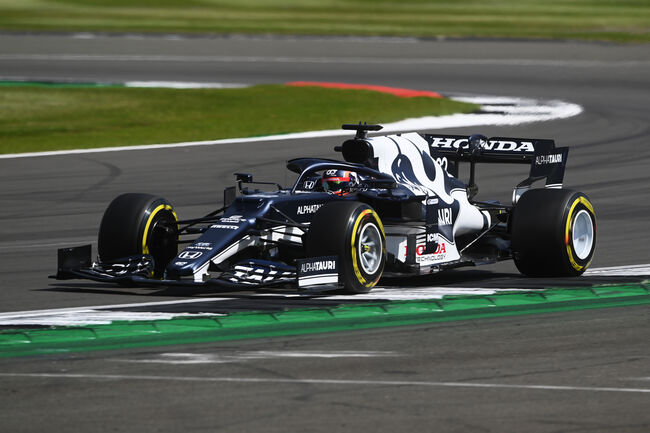 The British GP was Gasly's worst weekend of the year so far as he failed to get grips with his AlphaTauri. Gasly himself is unsure why and the parc ferme rules meant he was unable to change his car after the first practice session.

There will be a lot of head scratching at the team because their pace has been very good in recent races and the drivers did not do a whole lot wrong.

George Russell had another outstanding qualifying but he was the big loser with the new sprint format due to Williams' poor race pace.

He was only 0.15 seconds from starting on the second row in Q3 but an incident with Sainz on Saturday and a second average getaway on Sunday put pay to any chances of scoring points.

Antonio Giovinazzi had the pace to match Raikkonen's lap times on Sunday, it was a simple case of being on the back of a train and not being able to find a way through the cars ahead.

He had a bad start in Sprint Qualifying too which was a major setback for the rest of his weekend. 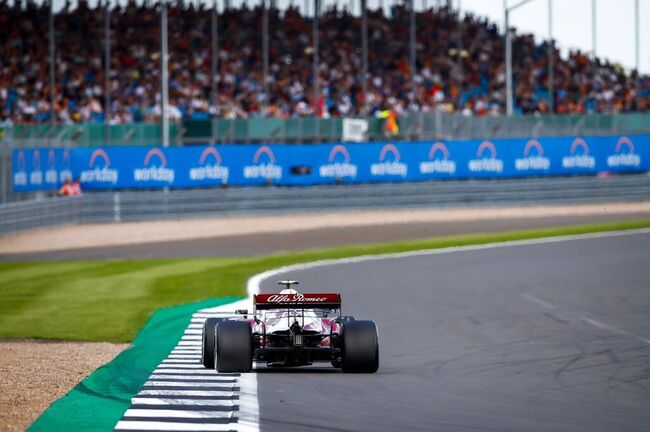 A traditional Latifi weekend. Far behind Russell over one lap but able to be close in terms of pace in the race. In FP1, he was a remarkable seven tenths ahead of Russell. It's just when it matters most in qualifying, he doesn't have that extra step up in performance.

Kimi Raikkonen was on for a top 10 until he collided with Perez at Club in a clumsy incident which saw the former world champion spin. The stewards decided the collision was a racing incident.

As for Raikkonen, he drove well up until then and the sprint race helped him improve his starting position for Sunday so a missed opportunity.

A British GP to forget for Perez. He was six tenths of a second slower than Verstappen in qualifying and made a crucial mistake on Saturday when he got on the power too early and looped his Red Bull around at Chapel.

The pace of Red Bull was unknown during the race but Verstappen's sprint qualifying form suggested Perez should have come through the field a bit quicker.

Perez did steal the fastest lap of the race to take a point away from Hamilton. Apart from that, a disastrous weekend all-round for the Mexican. 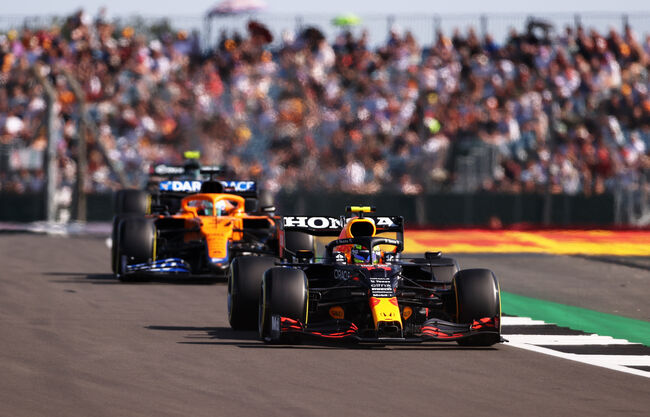 Nikita Mazepin has his best race of his rookie campaign, beating Mick Schumacher for the first time in 2021.

The Russian overtook Schumacher at the final corner and was right on the pace of Schumacher during most of the race. Whether it's a one-off remains to be seen.

Haas had a bizarre weekend all-round as they were a lot slower than usual, lapping more than one second off William's average pace. The drivers also collided but got away with it during Sprint Qualifying.

It seemed to affect Schumacher more who did not have his normal big advantage over Mazepin and was caught out by an aggressive move by his teammate which was not caught on TV.

Vettel's hopes of a good race dashed in an instant as he spun his Aston Martin all by himself on the exit of Luffield.

Until that moment, Vettel was going well but the spins that marred the end of his Ferrari career came back to haunt him at the beginning of the race.

Verstappen's weekend is very tricky to rate due to the much-talked about incident with Hamilton. He was unable to put things together for qualifying but recovered from a poor Friday with a great start in Sprint Qualifying to take the lead and secure pole position.

The championship leader did nothing wrong on the opening lap and gave Hamilton plenty of racing room. Luckily, he managed to walk away unscathed from yet another dramatic accident for the Dutchman this year.