Exclusive with Stefano Domenicali: 23 races the right amount in the short-term

Formula 1 CEO Stefano Domenicali hasn't ruled out expanding the calendar beyond 23 races, but says that number of events is the right amount for the sport's short-term growth. 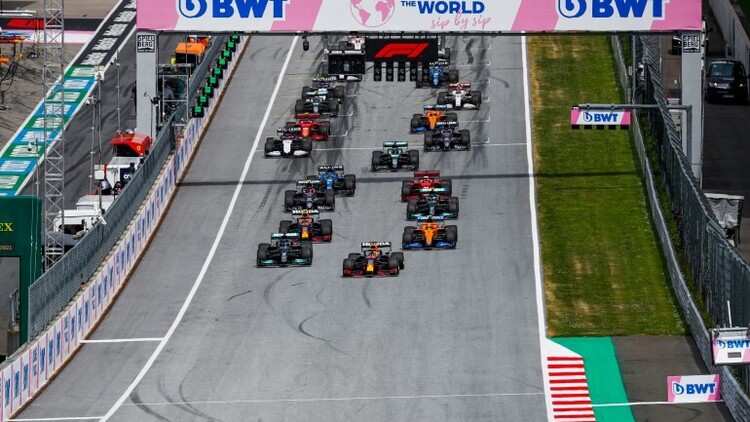 Stefano Domenicali hasn't ruled out further calendar expansion in the future, as Formula 1 looks ahead to the medium-term. The Italian former Ferrari team boss, who succeeded Chase Carey as Formula 1 CEO earlier this year, believes the sport must continue looking at viable ways to expand and grow.

Domenicali, speaking in an exclusive interview with RacingNews365, spoke about the expanding calendar, with 2021 scheduled to have a record 23 races. He spoke about the possibility of growing that number over the next couple of year.

"Technically speaking it's 24 plus, 25, on the Concorde Agreement, because you have to have the agreement of everyone," Domenicali explained.

"But I believe that, in this moment, we need to be considering the number of requests that we received from a lot of different venues.

"I think that if we are stabilising the growth around 23 for the short term, I think [it] is a good number because we can have the right positioning, the right amount of money, the right places to go. So I would say that, realistically speaking in the short term, this is the level we want to target."

With the likes of Germany's Hockenheim and Nurburgring rotating races in the past, and Russia not ruling out alternating between the newly announced Igora Drive and the established Sochi Autodrom, Domenicali said venue rotation within countries is possible, as well as possible rotation on and off the calendar like one-off or sporadic races in Imola, Istanbul and Mugello.

"It's a possibility in certain places, I can see that as a possibility to be involved with countries or places where they want to be, but they cannot afford to be every year," said the F1 CEO.

"Absolutely, the answer is very simple. You have to think globally. If you think that as a single unit, it's not going to be a more interesting rotation, you have to think about how to evolve the possibility of nationalising events in a different way. We see, we are missing certain countries that, in a way, we feel they should be on the calendar.

"But if they don't feel they want to invest with that, with us, fair enough. We have a lot of requests that we can fill the calendar gap."

Giving an example of a race in a country that is returning to the calendar this year, Domenicali pointed out the Dutch Grand Prix at Zandvoort. Originally scheduled for 2020, the historic F1 venue returns in updated form later this season and the Italian believes it is a shining example of what is possible for venues.

"Zandvoort is ready to come. They have an incredible business model, with a private organiser, not held with governmental funds, can do the business in a profitable way," he said.