Exclusive with Robert Kubica: Return to rallying isn't likely as you have to be fully committed

Speaking in an exclusive interview with RacingNews365, Alfa Romeo reserve driver Robert Kubica wants to stay committed to circuit racing for 2021 and beyond. 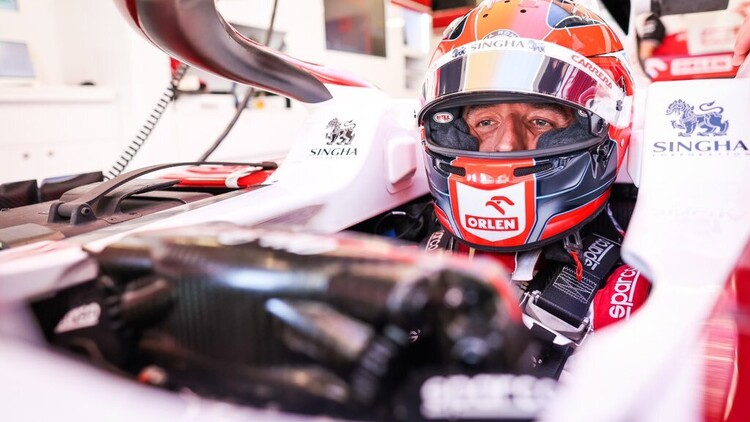 Robert Kubica believes his immediate future remains in circuit racing, citing the difficulty with stepping back into a rally car due to the completely different discipline of driving that it requires compared to being on track.

Having returned to motorsport through rallying and the World Rally Championship after his life-changing accident at the wheel of a Skoda Fabia more than a decade ago, Kubica eventually found his way back into Formula 1 and a race seat with Williams in 2019. Now a reserve driver with Alfa Romeo, the Polish driver hasn't made any plans for 2021 yet but believes his future still remains 'on track' in more ways than one..

"Normally, I think I would decide in September probably, what I want to do," Kubica explained, when asked about his future plans by RacingNews365.

Having joined the WRT team in the World Endurance Championship in the LMP2 class, Kubica said, "For sure, I have a biggest event of my season will be Le Mans. And first of all, I want to live this unique race and experience. And then we will see.

"In the end, endurance racing might be the potential destination. I think there is quite big interest [in the] 2023 season with the new cars, new classes, and some car manufacturers coming in.

"But there is still quite a long way to go so at this early stage of the year."

Having spent just over three years in the World Rally Championship, Kubica admitted a return to his former stomping ground isn't something that's particularly appealing on a fulltime basis just yet due to his love of circuit racing.

"Yeah, probably. Not ruling out, but I was to summarise, it would be purely for fun," he said.

"In the end, I have been in rallying at WRC at the highest level for three years. I know how much it takes. You have to dedicate 100 percent to yourself.

"It will be tough again to, let's say, close the circuit topic and dedicate myself 100 percent to rallies. It will take again time because I'm a long time away from rallies. I haven't been in a rally car for already nearly six years.

"I know how much it takes to be competitive there, it takes a lot of energy, effort and time. As I say, you have to be fully committed.

"In the end, I have grown up as a circuit driver and, when I'm not at the circuit, I miss the circuit."

With the FIA World Rallycross championship a mixture of both worlds, Kubica said there was some appeal to the series and revealed that he had almost entered the series a few years ago.

"This is probably the best mix of my passion for rallies and my usual environment," the Polish driver said.

"I did think about this a few years ago. Actually, I was close to to do both DTM and Rallycross five or six years ago but then, in the end, it didn't work out."

Asked whether the new electric rallycross platform would appeal to him, Kubica said it wasn't a particular selling point for him.

"I'm not a big fan of these," he explained. "The problem is I grew up as a kid smelling petrol and high revving engines of over 20,000 revs. And I have a bigger nose!"