Domenicali: We don't want Sprint Qualifying at every race

Formula 1 CEO Stefano Domenicali has outlined how Sprint Qualifying will work over a Grand Prix weekend, but has stressed that there's no intention to use the format for every race. 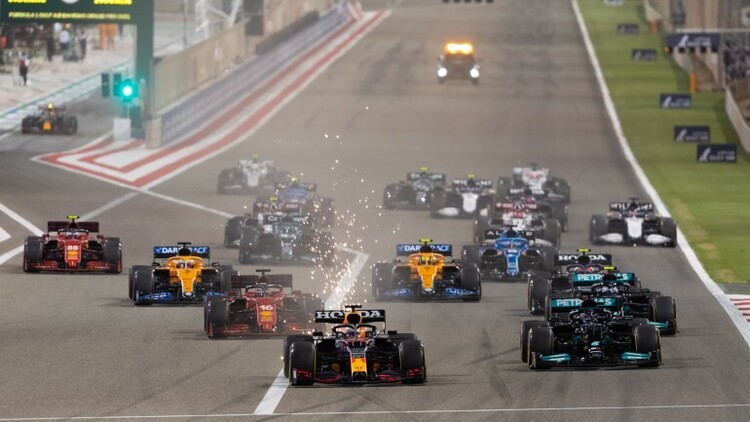 Stefano Domenicali has explained how he sees Sprint Qualifying being run at a Grand Prix weekend, once final discussions regarding the qualifying format have concluded.

Formula 1 is set to introduce a 'Sprint Qualifying' race on the Saturday of three Grand Prix weekends this season, with this race being used to determine the grid.

It's yet to be formally confirmed, although RacingNews365 understands confirmation of the format and the events where it'll be used could be released over the Emilia Romagna GP weekend.

F1 CEO Stefano Domenicali has cleared up some of the confusion over how the format will work, telling Auto Motor und Sport, "It's very simple. For the statistics, the driver who wins the qualifying race on Saturday gets pole position.

"There is only one [Grand Prix] winner, and it will be announced on Sunday. We don't want to do this format at every Grand Prix in the future. This should be a Grand Slam for selected events."

Domenicali went on to explain that Sprint Qualifying has obvious advantages for race promoters, as they can now sell tickets on the basis of two races with more action for the fans in the grandstands.

"When we went public with the announcement that we wanted to try such a sprint qualification, the organisers who were eligible for the test immediately had many more ticket inquiries. And the TV stations were thrilled.

"This format has many advantages. The less time for free practice sessions, the more action on the track. Nobody is waiting for better conditions in the garage anymore. That has already been shown in Bahrain.

"With free practice and qualification, the organiser can sell fans a better Friday. With the second free practice as preparation for the race and the sprint qualifying in the afternoon, a better Saturday. This is an additional platform for stories and for the sponsors.

"The more unpredictable everything becomes, the more interesting the racing action. If we don't try, we'll never know if it's an asset or not."

Domenicali revealed that discussions regarding the effects of these qualifying races are ongoing with the teams, saying the 'big teams' have been complaining due to the increased risk and costs in a year where a financial budget cap has been introduced.

However, he said that the details are 'more or less complete', and is hopeful a solution will be found.

As for the big question about how many Grand Prix events might get to hold a 'Sprint Qualifying' if the format works, Domenicali smiled and said, "We have to discuss that in the next step. But not too many. Let's see if it works first."