Does Red Bull's design concept put Verstappen at a disadvantage?

Red Bull and Max Verstappen emerged as the only real threat to Mercedes’ dominance in 2020, but could they unlock even more performance by changing their design philosophy? 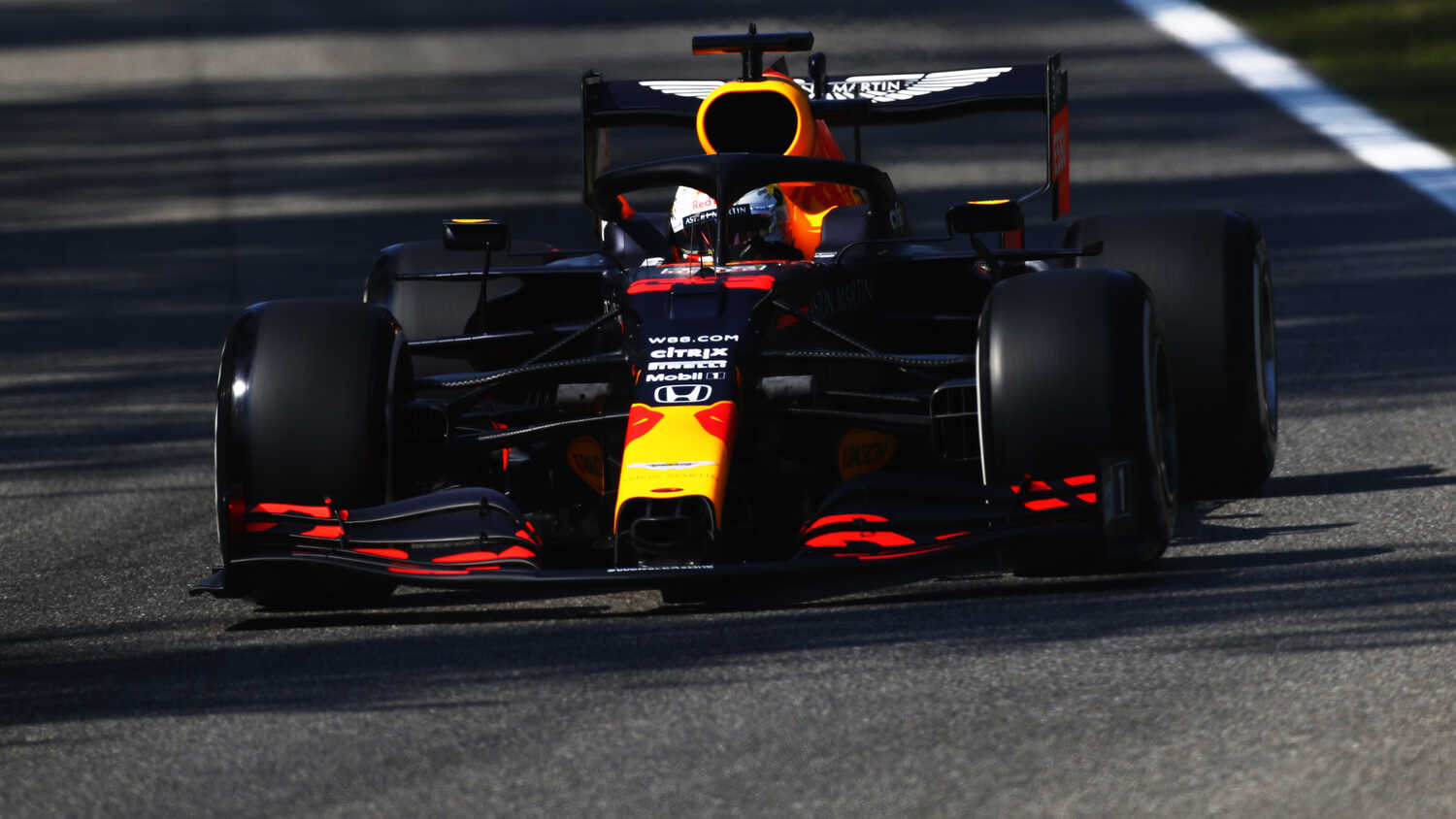 Former F1 designer and engineer Gary Anderson believes Red Bull and Max Verstappen would benefit from switching to the low-rake design concept employed by teams like Mercedes and Racing Point.

The Milton-Keynes based outfit finished the season comfortably in second behind Mercedes despite Vertsappen being regularly left to battle Lewis Hamilton and Valterri Bottas on his own, and according to Anderson, the characteristics of the Red Bull car put the Dutchman at a further disadvantage.

"I would say it [the Red Bull] has got a very peaky downforce level," Anderson told The Race. "They use the rake of the car to get the front wing near the ground. So they're working the front wing very, very hard. They're definitely working items on that car that are designed to have airflow separation.

The high-rake concept means Red Bull are able to create more downforce, which is why they tend to excel at tracks like Monaco and Hungary, but it also makes them more temperamental and difficult to drive.

On the other hand, Mercedes, who have been in a league of their own in recent times, have shown how the low-rake concept can be used to devastating effect, giving their drivers a stable aerodynamic platform that allows them to exploit their talents to the maximum.

Last year, Racing Point were criticised for following this philosophy, but the immediate improvements were clear to see.

"The thing that stands out to me is Racing Point," Anderson continued. "They’ve gone away from the high-rake cars and they’re better on tyres and it’s more consistent to drive. Nico Hulkenberg was able to come and jump into that car and do a very good job on both occasions with very little preparation. So it has to be a car that is driver friendly."

While Verstappen has been able to extract the performance, recent history is littered with drivers who have struggled to make the adjustment from Toro Rosso to Red Bull - namely Pierre Gasly and Alex Albon - and Anderson would like to see the team try a new approach, insisting it would even benefit Verstappen in the long run.

"You have to give drivers time to get into the car and really understand when that peakiness is usable, and when it's going to bite you," Anderson added. "And when it bites you a couple of times, like Albon or Gasly, that's it, you're not going to push to that level anymore. So you're slow, then you get abused and rubbished in the media, and then you have to go out and try to lift your game again.

"It’s just a spiral to nowhere, really, so if I was Red Bull, I would be trying to make sure you build a car that hasn’t got that peaky downforce and give the driver some more confidence. It might detract from Verstappen’s performance a little bit initially, but I’m sure in the long term, it would be better for him."