Coulthard on when Mercedes will replace Bottas 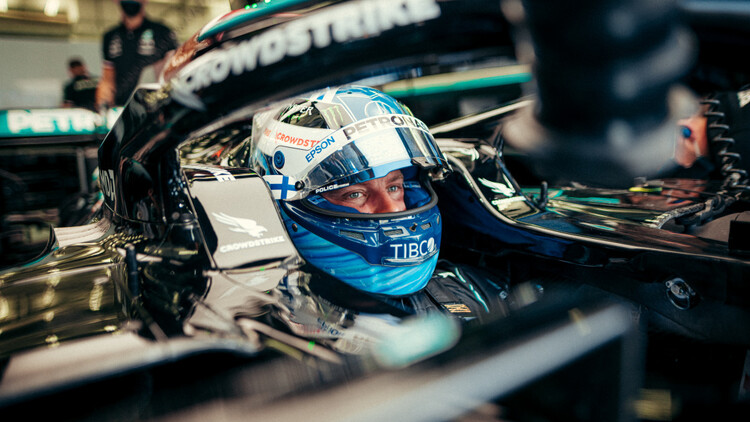 Former 13-time F1 Grand Prix winner David Coulthard says it would be prudent for Mercedes to replace Valtteri Bottas only if it makes financial sense to have George Russell in the car or if Max Verstappen becomes available.

Ever since Mercedes junior Russell put in a stellar display at the 2020 Sakhir Grand Prix, Bottas has faced an increased level of scrutiny regarding his seat. Ex-driver turned F1 pundit Coulthard however thinks the Finn is safe unless these two things happen.

"Unless commercially it makes sense financially to have George in the car in a year's time or to take someone else for that matter, Max may be available if the wheels come off the Red Bull wagon I think he's got a good chance of doing that [Bottas retaining his seat]," Coulthard said on the On the Marbles podcast.

Coulthard also went onto describe what Bottas brings to the team, saying the Finn offers a lot even if he lacks the stardust of teammate Lewis Hamilton.

"When he's at his best he's right there especially in qualifying," Coulthard continued.

"Although I don't think he's as natural a racer as Lewis. If the two of them were on the same lap time in qualifying, in the race you would still put your money on Lewis.

"But he just needs to be that perfect number one minus to maintain a seat there why change for the sake of change?"

Bottas will be hoping he can conjure a bit of magic during the 2021 season. The Finn's reputation has taken a beating in recent years, though he is in the uneviable position of being paired with one of the sport's greatest ever drivers.