Zak Brown has got a new tattoo, with the McLaren CEO climbing into the chair ahead of the United States Grand Prix. 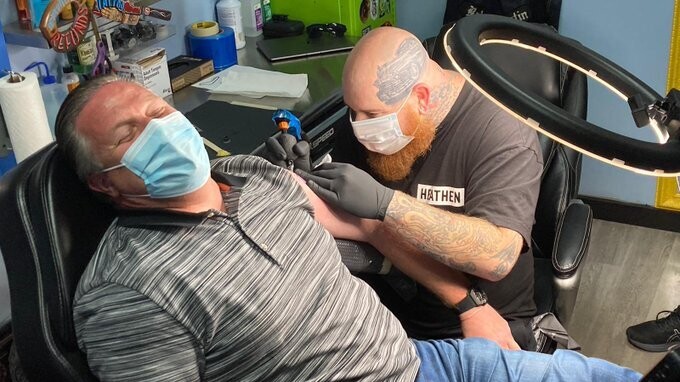 McLaren's Zak Brown has got himself a new tattoo ahead of the United States Grand Prix.

McLaren have released an image of their CEO in a tattoo artist's chair prior to the race in Austin, with Brown wincing as the ink flows.

The team haven't revealed what the tattoo is just yet, although an errant sheet of paper in the background may give away a vital clue.

An outline of the Monza circuit is visible, which would suggest that the Italian venue is the tattoo of choice for Brown. Monza was the scene of McLaren's first win in nine years last month, and the first under Brown's reign at the team.

It's highly possible that race-winner Daniel Ricciardo may have something to do with the tattoo, given that it was the Australian who made a much-vaunted bet with his former boss Cyril Abiteboul to get a tattoo if he scored a podium during his time at Renault. With Ricciardo managing it at the Nurburgring last year, Abiteboul has vowed to honour the bet but is yet to follow up on it.

If Brown's tattoo is a similar bet, it's been kept quiet up until now, but the McLaren boss has certainly responded in a much more timely manner than Abiteboul...

Brown himself is honouring a bet he made with Ricciardo this weekend, with the Australian driver set to drive a Dale Earnhardt Chevrolet Monte Carlo NASCAR around COTA. The car is from Brown's private collection, with Ricciardo being given the treat for winning a bet against Brown that he would score a podium this season.