Although Valtteri Bottas remains without a teammate for the upcoming 2021 season, the Finnish driver made it clear that won't change his approach. 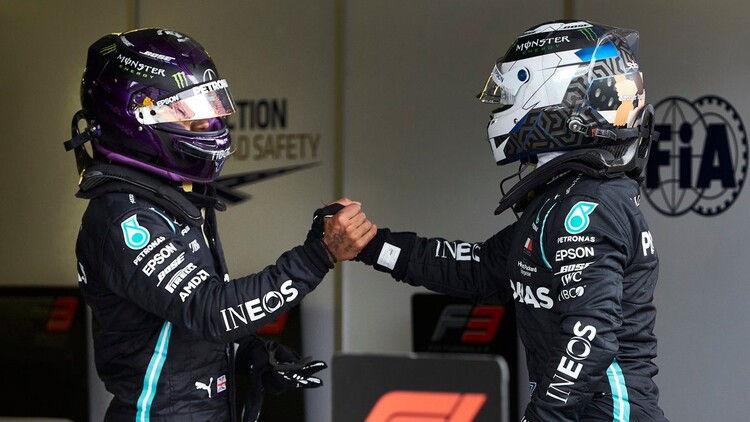 Valtteri Bottas isn't worried about Lewis Hamilton's ongoing contract stalemate with Mercedes after stating he's focused on his own work ahead of the 2021 Formula 1 season.

The British driver remains unsigned ahead of the new campaign, with speculation regarding his future one of the major talking points for fans and pundits alike. However Bottas isn't bothered by the situation, stating that whoever his teammate is will be a tough opponent.

"It doesn't matter," Bottas told Pelicans-TV when asked if it matters to him who is teammate is. "Every driver in F1 is really skilled so whoever it is will be a tough opponent.

"Like I said before, it's better to focus on my own work."

With the new season quickly approaching Bottas revealed he's working hard to be in the best physical condition he can be, which is why he was happy to change up his routine and practice with Finnish professional hockey team Lahti Pelicans.

"At this point of the year it's hard training, focusing on physics and building a solid base," Bottas added. "It was actually one of the reasons why I happily took part in some exercise on ice, trying to get in as much practice a possible in order to focus on my endurance and strength for the upcoming season.

"There's still some time left before the team program starts so there's time to spend at the cabin and train.