Valtteri Bottas' fresh engine from Monza has reportedly been ruled out from racing use again after Mercedes conducted extensive analysis. 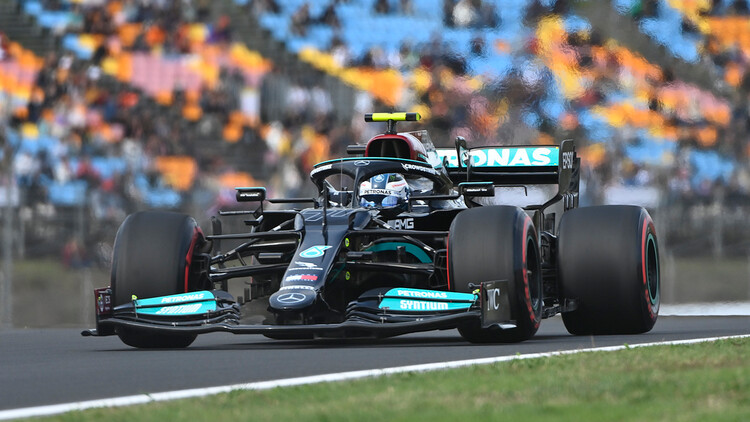 Valtteri Bottas has reportedly lost the fourth engine from his pool for this season, after Mercedes uncovered problems with the unit back at their engine headquarters in Brixworth.

Using that engine for the Monza race, it was removed early during the Russian Grand Prix weekend as Mercedes opted to fit another fresh unit to Bottas' car in Sochi. This triggered yet another grid penalty.

There were whispers that this was a tactical move to put Bottas further back and try to hamper Max Verstappen's recovery from his own engine grid penalty, but this doesn't appear to have any validity to it, if the latest reports are to be believed.

Germany's Auto Motor und Sport report that Mercedes took Bottas' engine, as well as their entire stock of current power units, back to Brixworth for extensive analysis. Following this investigation, Bottas' power unit from Monza was ruled out from use in a race again, having completed just one Grand Prix distance.

The issues are believed to be linked to the Internal Combustion Engine itself, the part of the power unit that Hamilton has replaced for this weekend's Turkish Grand Prix. He will serve a 10-place grid penalty as a result.

The other hybrid parts are understood to not be a concern in terms of reliability, although it's meant some extra work back at base to prepare Hamilton's power unit for this weekend, as it's particularly unusual to mix used ancillaries with a completely new engine.

"This is a job that you only want to do in the factory because it is so complex," Auto Motor und Sport quote a Mercedes engineer as saying.

"We have only mixed components from different drive units on the track once in the past seven years."