Aston Martin have denied they ran their tyres below minimum starting pressures in Azerbaijan, following a report in Italian media 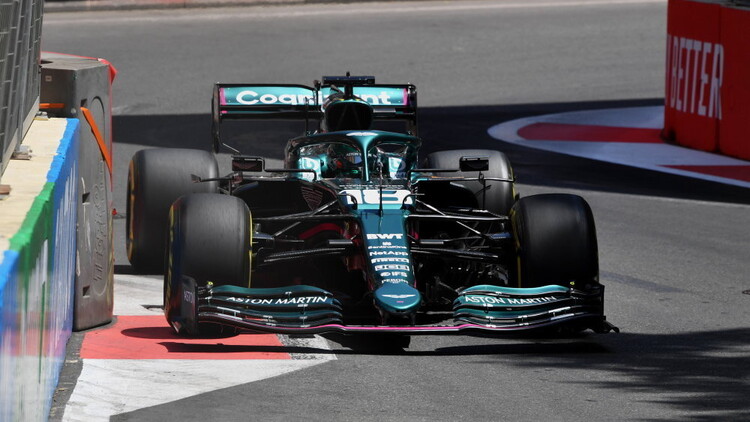 Aston Martin have denied that they ran their tyres below minimum tyre pressures as stipulated by Pirelli over the course of the Azerbaijan Grand Prix.

The team's driver Lance Stroll was eliminated from the race in Baku after a left rear tyre failure, with race leader Max Verstappen suffering a similar failure on his Red Bull towards the end of the race. According to an unsubstantiated report in Gazzetta dello Sport, an initial investigation by Pirelli has suggested Aston Martin and Red Bull ran their tyres below minimum pressure limits. This report has been denied by Aston Martin.

"We are working with Pirelli to determine the cause of the tyre failure," an Aston Martin spokesperson told RacingNews365.com.

"The team always operates its tyres within the pressure range advised by Pirelli. The tyre pressures were duly checked and approved by Pirelli on the grid in Baku prior to the start of the race."

The sporting regulations require teams to conform with Pirelli's recommended pressures for the start of the race. For Azerbaijan, these rear limits were set at 20 psi, raised from 19 psi on Friday evening after Pirelli witnessed more severe wear than their simulations had predicted.

Pirelli have also confirmed to RacingNews365 that an official statement on the Azerbaijan tyre failures is expected early next week.

This website has also asked Red Bull for a response, but the team was not available for comment.