Alonso hoping to battle McLaren and Ferrari despite qualifying struggles

Fernando Alonso might have had a more challenging qualifying session than his teammate in Portugal but the Spaniard is still aiming high for the Grand Prix. 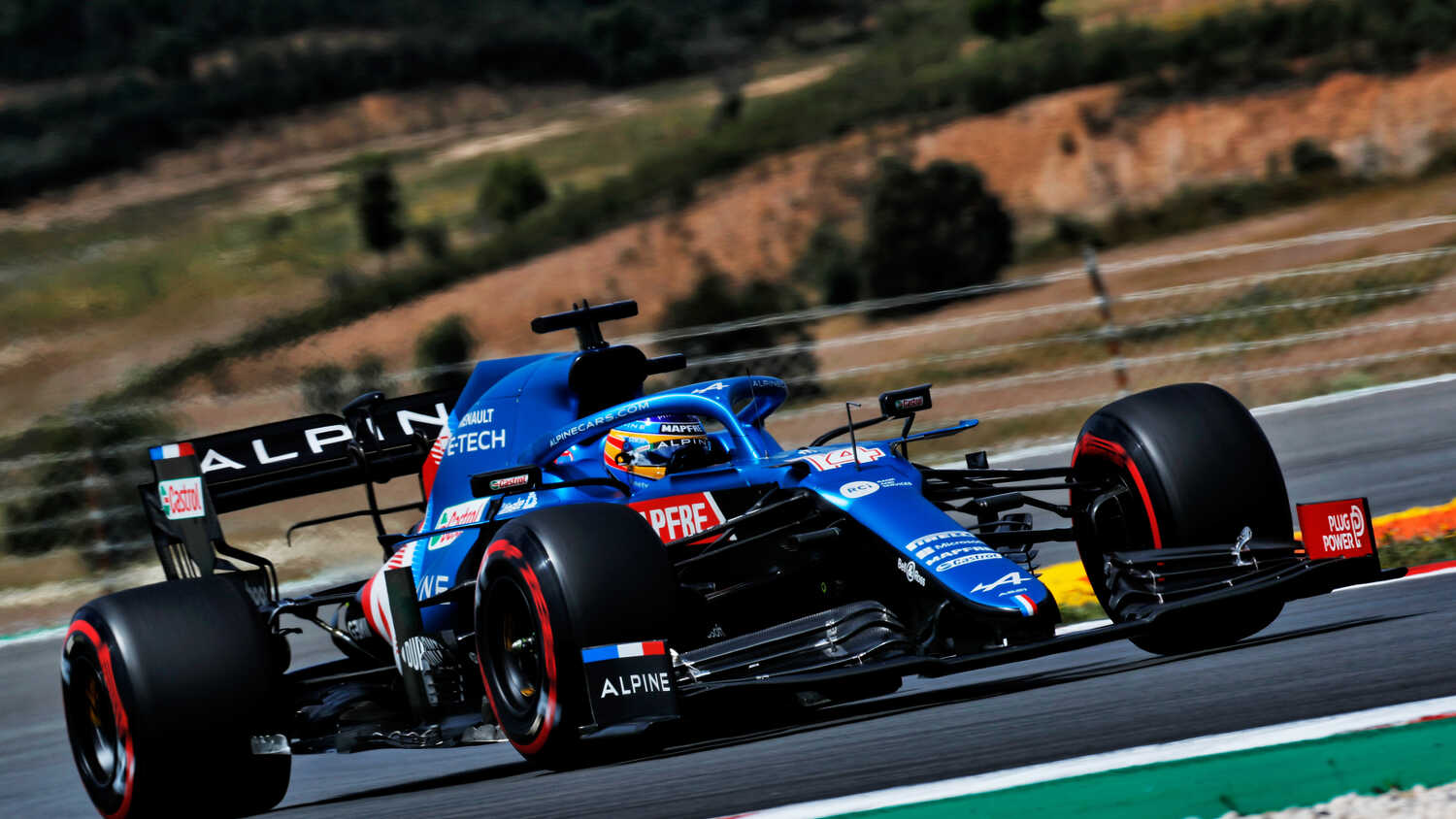 Fernando Alonso is hoping to bounce back from a difficult qualifying to potentially battle with the McLarens and Ferraris in the Portuguese Grand Prix.

Whilst the Alpine team have looked strong in Portimao, Alonso failed to match his teammate Esteban Ocon's performance and qualified down in 13th place. Meanwhile Ocon progressed to Q3 and ended the session in sixth.

However, Alonso remains hopeful that he can pose a challenge in the midfield.

"We've been as quick as the Ferraris and as quick as the McLarens this weekend for whatever reason," Alonso told RacingNews365.com and other select media when asked if he can race amongst those teams. "So yeah, why not?

"Tomorrow [we] have a chance. Maybe [with Charles] Leclerc is a little bit more difficult because he'll start with a medium tyre, but yeah, all the others are possible."

The Spaniard had showed pace in practice sessions during the weekend but struggled to carry this through into qualifying. However, he remains positive and continues to feel more comfortable with the car.

"From FP3 to Q1 we lost quite a lot of the feeling of the car and the performance of the car," the two-times world champion said. "So that was a bad thing.

"We're still investigating what could be the reasons to lose one second on the pace, but there's nothing we can do now.

"I'm still quite happy with everything this weekend. The car feels much better, much more alive and very competitive [in] the sessions, so it was a very big step forward for us.

"Maybe we are not in the position that we should be. But at the same time, we have the free choice of tyre and that may be better for tomorrow's race in a way as a team. We have two possibilities with the drivers, so it [has been] a very positive weekend."