Alex Albon will return to action with Red Bull on Tuesday, as he takes part in Pirelli's 18 inch tyre tests in Barcelona. 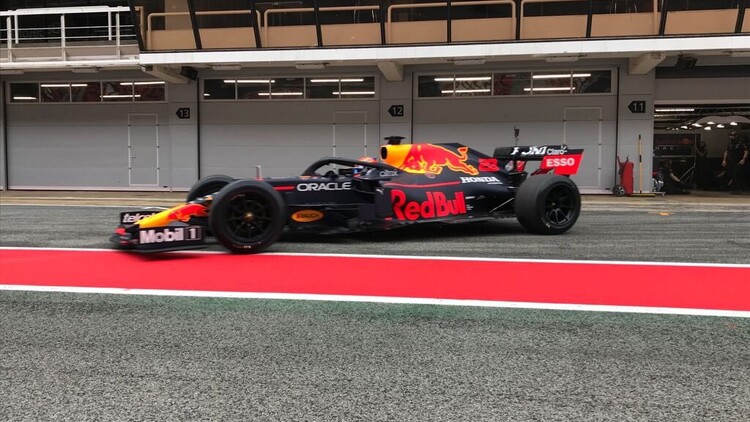 Alex Albon will be at the wheel of the Red Bull mule car for Tuesday and Wednesday's tyre testing at the Circuit de Barcelona-Catalunya.

Albon has remained signed to Red Bull as a reserve driver for 2021, having lost his race seat for this season. Also taking part in DTM with Red Bull backing, Albon last drove an F1 car for a filming day with the RB15 ahead of the season start.

Pirelli are carrying out 25 days of tyre testing for the 18 inch tyres ahead of their introduction in 2022, with Red Bull and Alpine carrying out three of those days this week in Barcelona.

Red Bull will carry out the test on Tuesday and Wednesday, with Albon, before Alpine take over for Thursday with their reserve driver Daniil Kvyat at the wheel.

Pirelli decide on the testing programme for such days, with teams not made aware of the details of the tyre compounds they are testing. All information gathered is shared amongst all the teams, with nine of the ten teams taking part in this tyre testing over the course of the year.

Only Williams have, so far, been unable to provide a mule car for testing purposes.