Alex Albon has said that he fully understands the tough love approach that Red Bull use on their drivers, and said that Helmut Marko's "villain" role is a misconception. 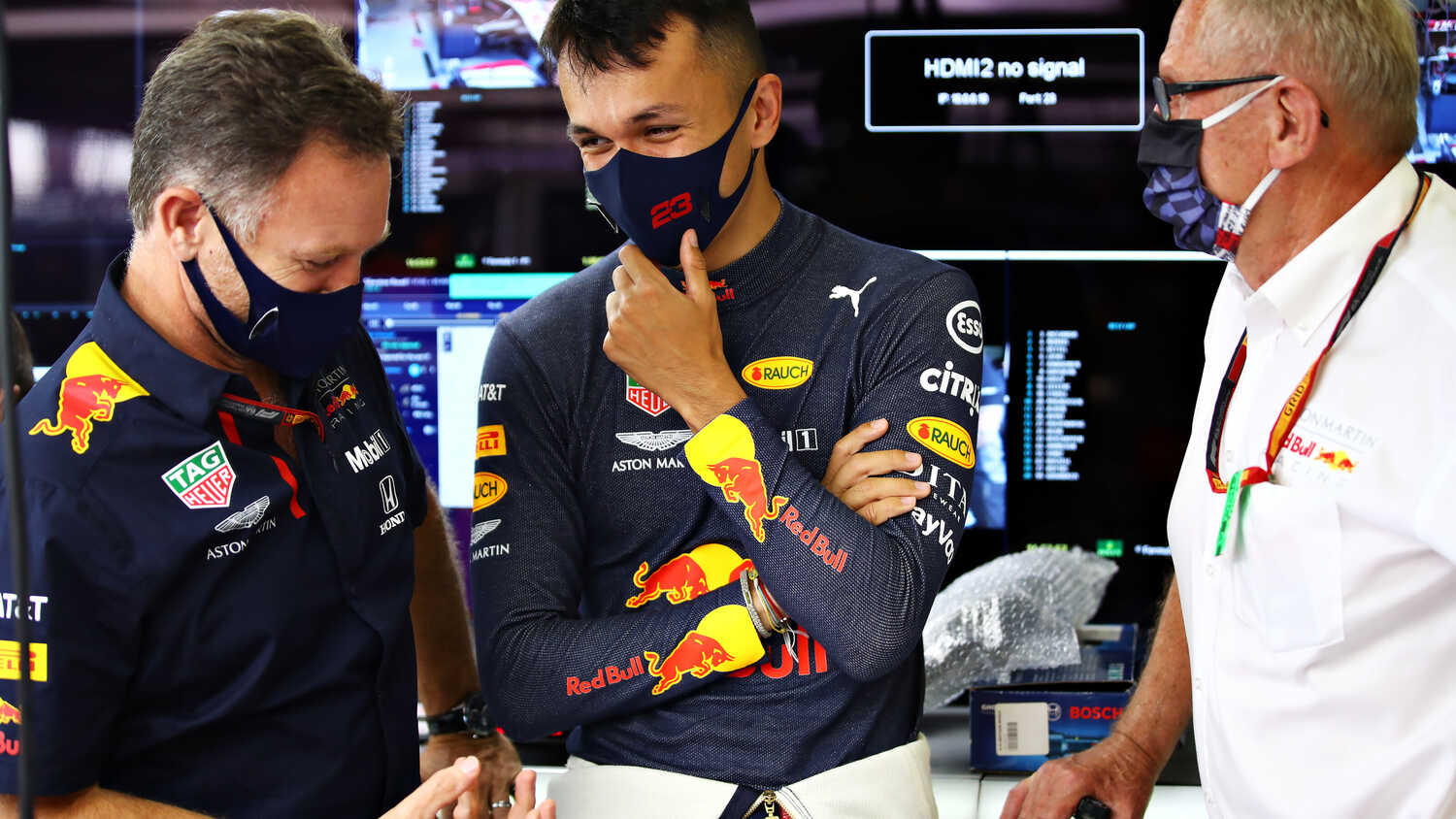 Alex Albon has said that the perception of Helmut Marko as a "villain" at Red Bull is misconceived, but that there is an expectation of high standards at the team.

Marko is famous for his 'tough love' approach to junior drivers, applying pressure on them through the media regardless of how well they are performing on track.

While incumbent Sergio Perez has escaped a lot of the usual pressure, Red Bull junior drivers Albon and his predecessor Pierre Gasly were not quite so lucky as they struggled to get on terms with Max Verstappen's pace in the same car.

Albon, who will return to Formula 1 with Williams in 2022, having had Red Bull find him a seat after a year as their reserve and simulator driver, said that Marko gets a bad reputation and that it's nowhere near as extreme as it seems in the media.

"I think there's a misconception about it, truthfully speaking," Albon told the F1 Nation podcast.

"I think that there is that villain role played within the media about it all, but it's definitely nowhere near like that, basically.

"You guys [the media] know more than I do. I think Helmut probably gets the worst role on the global side of it, but I think it's just Red Bull in general."

But Albon said that realising the high standards and expectations of Red Bull are indicative of the winning mentality and culture within the team.

"Firstly, you have to realise they are winning team, they expect good results," he said.

"That leads to a culture within the team of, 'We're not winning, we're not happy', and that's how it should be really, especially the top three teams, generally being Red Bull, Ferrari, Mercedes, that's what they expect.

"Of course, it is tough, especially when you don't have much experience to be in a top top team. But yeah, that is what it is. I think more than anything it's just trying to get confident with the car."

Albon explained that he was never made to feel as though he was about to be sacked at any given moment, or that he pushed back against the pressure being exerted on him as he struggled throughout 2020.

"It's not like there's this thing, 'You've got to do this. If you don't do this, that's it, pack your bags' kind of thing," he commented.

"They want both cars to do well, that's the whole intention. You don't want to put pressure on someone if they're not performing because, firstly, the media do enough of that.

"Especially talking about myself, I put myself under the most pressure. It's no one else that can, there's no added benefit on the outside. So it's tricky.

"I think it's just the way that the car runs quickly, or is quick, is not as easy for Checo [Perez] or myself than it is for Max."