Ten years on: The drivers who were Daniel Ricciardo's first rivals

Ten years on from the 2011 Formula 1 season, the only driver from the back of the grid who is still in F1 is Daniel Ricciardo. Who were the drivers that Ricciardo raced against back then? 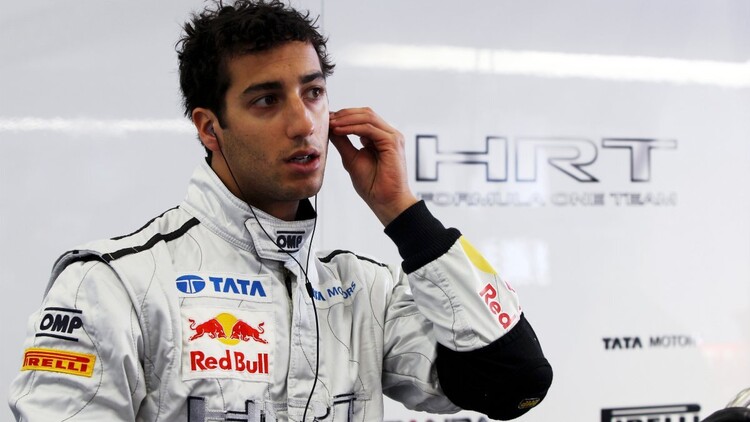 Daniel Ricciardo marks ten years since his Formula 1 debut later this season, having first driven in a Grand Prix at the 2011 British Grand Prix.

Ricciardo was a hot Red Bull prospect at the time, acting as Toro Rosso's test and reserve driver that season as well as taking part in the occasional FP1 session.

Seeing his potential, Red Bull paid backmarker team HRT (Hispania Racing Team) to place Ricciardo in one of their cars. HRT promptly pulled Narain Karthikeyan out of his seat to slot Ricciardo in, where he immediately impressed.

Unfortunately for Daniel, the HRT was a car lucky to qualify for races and his maiden season was spent racing at the back with drivers who have since largely been forgotten by Formula 1. Who were the drivers that Ricciardo regarded as a rival during his first few Grand Prix?

A Finn in a McLaren is usually a recipe for success, but Heikki Kovalainen's F1 career was ruined by his two seasons at Woking.

Having been brought in to replace Fernando Alonso at Renault for 2007, Kovalainen's season was impressive enough for Ron Dennis to approach the Finn to replace Alonso after the Spaniard's acrimonious exit at the end of that year.

Teaming up with Lewis Hamilton, Kovalainen was promptly dismantled by the British driver. While Hamilton took stellar race victories at Monaco and Silverstone, as well as three other wins en route to the title, Kovalainen scored a solitary podium in the first half of the year.

He later inherited victory at the Hungaroring when Felipe Massa's Ferrari expired with three laps to go, but it was the high point of a largely forgettable year.

Heading into 2009, and Kovalainen fared even worse against Hamilton in a car that was less competitive than the MP4/23. Scoring just 22 points against Hamilton's 49, the Finn wasn't retained for 2010.

Kovalainen then joined new entry Team Lotus, as Malaysian businessman Tony Fernandes entered the sport. Two pointless seasons followed, before the team were rebranded as Caterham. The rebrand changed nothing, with Kovalainen still going without a point.

Kovalainen was demoted to test driver for 2013, but he had the chance to drive in two races when Kimi Raikkonen abruptly withdrew from Lotus to have vital back surgery. Again, he failed to score any points, and the Finn quietly left Formula 1 behind to pursue a career in Japan's Super GT.

Jarno Trulli enjoyed a long and pretty successful F1 career, driving for the likes of Prost, Jordan, Renault and Toyota. Scoring multiple podiums and a race victory at the 2004 Monaco Grand Prix, his career was all but over by 2011.

Having faded to the back of the grid after signing with Team Lotus alongside Kovalainen for 2010, Trulli's 2011 season was to be his last.

Scoring no points in the uncompetitive Lotus, Trulli missed the German Grand Prix as reserve driver Karun Chandhok took his seat. While Trulli would take part in a pre-season test ahead of 2012 as the team rebranded to Caterham, he was replaced by Vitaly Petrov for the season.

Trulli never found a way back into Formula 1, but drove in the inaugural Formula E season for his own Trulli Formula E team. It was an unsuccessful foray into the new series, with the team folding just after the second season began.

Trulli's racing career may be over, but his business interests now include a vineyard operation in his native Italy.

The flamboyant and charismatic Italian began his F1 career representing Red Bull's junior team Toro Rosso. Dropped by Red Bull at the end of 2007, Liuzzi joined Force India as their test driver for 2008.

Getting his chance to return to racing midway through 2009 as Force India race driver Giancarlo Fisichella replaced the injured Felipe Massa at Ferrari, Liuzzi became a fulltime racer again in 2010 with Force India retaining him alongside Adrian Sutil.

Scoring less than half the points Adrian Sutil managed that year, Liuzzi was replaced by Paul Di Resta for 2011.

Liuzzi was able to find refuge at HRT, but failed to impress. While he and Narain Karthikeyan were quite evenly matched, Daniel Ricciardo's performances alongside Liuzzi quickly began to shade the Italian.

Outperforming Ricciardo in Brazil and Abu Dhabi proved too little, too late, and Liuzzi was replaced for 2012 by Karthikeyan who joined Pedro de la Rosa at HRT while Ricciardo moved to Toro Rosso.

Liuzzi has since gone on to race in multiple series, with outings in Formula E, Super GT, the World Endurance Championship, Stock Car Brasil, Super Formula and the Asian Le Mans Series.

He has also become a regular FIA race steward, helping to make crucial decision regarding the operation and administration of Grand Prix race weekends.

Hailing from Belgium, GP2 race winner Jerome D'Ambrosio was part of the Renault Driver Academy in 2010 when he joined Virgin as a reserve driver.

Taking part in several practice sessions at Grand Prix weekends that year, the man affectionately dubbed 'Custard' due to his surname was signed to be a fulltime racing driver with Virgin in 2011.

A highly unspectacular season followed, with D'Ambrosio proving a safe pair of hands. He beat teammate Timo Glock in the Driver's Championship thanks to a best finish of 14th to Glock's 15th, but was dropped in favour of Charles Pic for 2012.

D'Ambrosio participated in one more Grand Prix, replacing Romain Grosjean at Lotus at the 2012 Italian Grand Prix as the Lotus driver went through a one-race ban for causing a serious accident on the opening lap of the Belgian Grand Prix. D'Ambrosio finished outside the points, and that was that for Formula 1.

Switching to Formula E for 2014, D'Ambrosio settled into life with the Dragon Racing team and became a reliable competitor. He returned to winning ways in 2015, taking victory at the Mexican round, and has since won a further race with Mahindra at the 2018 Marrakesh ePrix.

D'Ambrosio moved away from driving after the 2019/2020 season, marrying Austrian aristocrat Eleonore von Habsburg in 2020 and becoming Deputy Team Principal at the Venturi team under team boss Susie Wolff.

German racing driver Timo Glock began his F1 career with Jordan in 2004, but couldn't find a seat for 2005. After heading off to America's Champcar series, Glock returned to GP2 in 2006 and impressed as he became a regular front-runner and race-winner.

Signed by BMW as a test and reserve driver for 2008, a contract dispute between them and Toyota, who wanted Glock as a race driver, had to go before the Contract Recognition Board before it was decided that Glock was free to join Toyota.

Two quite competitive years were to follow with Toyota, with Glock's final race with the Japanese marque netting him a second place at the 2009 Singapore Grand Prix.

A crash in Japan left Glock with broken bones and, with Toyota pulling out of F1 at the end of 2009, Glock was left without a drive.

Signing up to drive for Virgin, Glock treated his new team as a long-term project and led the way in terms of results. But points were nonexistent and, despite having a contract for 2013, the two parties opted to split at the end of 2012.

Joining the DTM in 2013, Glock has become a race winner once again and continues to race in the German touring car series to this day.