Wolff unhappy with Verstappen: I don't think this is done yet

Toto Wolff has given his reaction after Max Verstappen and Lewis Hamilton dramatically clashed in the Saudi Arabian Grand Prix. 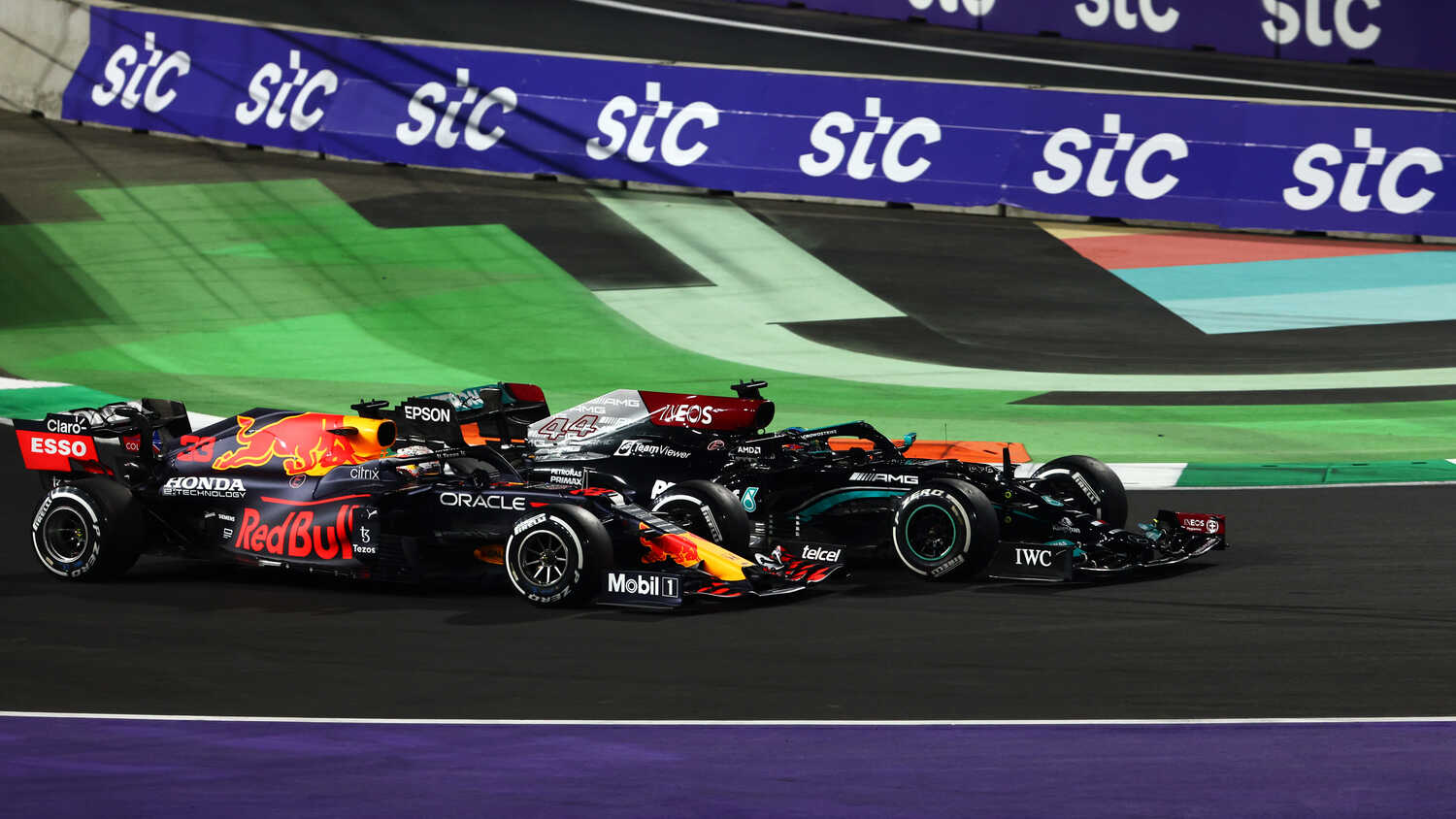 The most dramatic incident of all occurred late in the race when Verstappen, having retained the lead on Lap 36 of 50 after sliding off at Turn 1 in a scrap with Hamilton, was instructed to cede position.

Verstappen slowed down the back straight into the final corner, with Hamilton apparently wrong-footed and hitting the rear of the Red Bull.

Both drivers unsurprisingly offered opposing views and have been summoned to the stewards for the incident.

"I don't think this is done yet"

Hamilton went on to win the race, ahead of Verstappen, meaning the pair are level on points heading to the Abu Dhabi season finale.

Speaking to Sky Sports post-race, ahead of the drivers visiting the stewards, Wolff commented: "I don't think this is done yet.

"The result at the end, winning the race, I think he [Hamilton] deserved it.

"We could have been out a few times with a broken front wing and I don't want to now have dirty laundry in here but... that was spectacular, but not a good race.

"What the telemetry shows is that he's [Verstappen] slowing down, then accelerating again and then slowing down."

Asked if Hamilton was aware that Verstappen would be letting him past, Wolff said: "He didn't know and I think the wrong sequence of messages came through there."

"It needs to be a fair race"

Wolff added that he simply wants to see a fair fight to decide this year's World Championships.

"It's really the driving that needs to be assessed and looked at. It's hard, very hard, maybe over the line hard," he said.

"We just want to have a clean championship. May the best man win, and if it's Max at the end, then I have peace with that - it needs to be a fair race."