Wolff: Strategy will help us save Hamilton's race

Mercedes' Toto Wolff believes that a clever strategy will have a greater effect on Lewis Hamilton's recovery from a grid penalty in Turkey on Sunday, rather than overtaking on track. 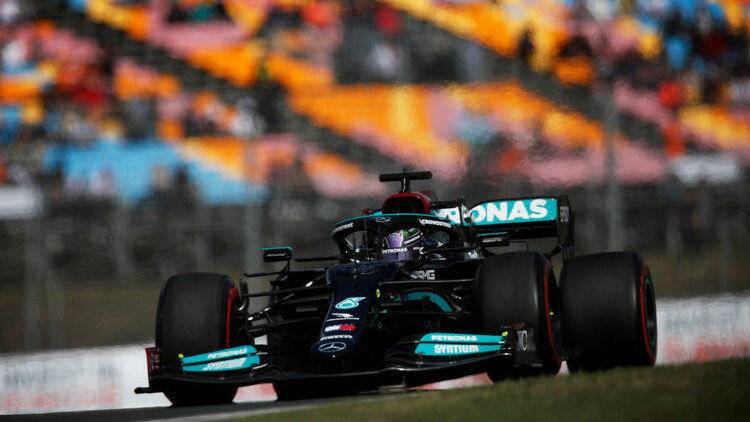 Toto Wolff is hopeful that Mercedes can utilise a clever strategy in Sunday's Turkish Grand Prix, to help Lewis Hamilton recover from his 11th-place grid slot.

While the reigning World Champion went quickest in qualifying at Istanbul Park, he will serve a 10-place engine grid penalty due to his car being fitted with a fourth Internal Combustion Engine of the season.

But Wolff is expecting a tough race for Hamilton, despite the pace he has shown all weekend, and said that strategy will play a big role.

When asked by Sky Sports whether Hamilton can slice through the field to contend for the win, Wolff said: "I hope so, but yesterday in the long run, we were at a certain stage behind a Haas, and also a Williams. It was very difficult to even come close, so I guess that strategy is more going to be the one that's going to help."

It's a double-edged sword this weekend for Wolff, who said that the joy of claiming pole with Valtteri Bottas was balanced out by frustration for Hamilton.

"We need to look at the positives that the car is very quick and Valtteri can start from pole," he explained.

"On the negative side, it's a weekend where we could have had a front-row lockout and we haven't. Lewis needs to go to the back and it's not going to be easy with all the cars running on Medium [tyres] in front of him, apart from [Yuki] Tsunoda. Progress will be a tough one."

With Red Bull struggling for pace in the dry conditions this weekend, Wolff said he's trying not to focus on the competitiveness of Mercedes' title rivals.

"We have to look after ourselves," he said. "Valtteri wants to win the race and this is the best opportunity, and it's helping Lewis.

"Red Bull haven't been so competitive this weekend and, over the long runs, it was worse than on a single lap."