Toto Wolff has shifted one of the cars from his own private collection, a Ferrari LaFerrari Aperta. 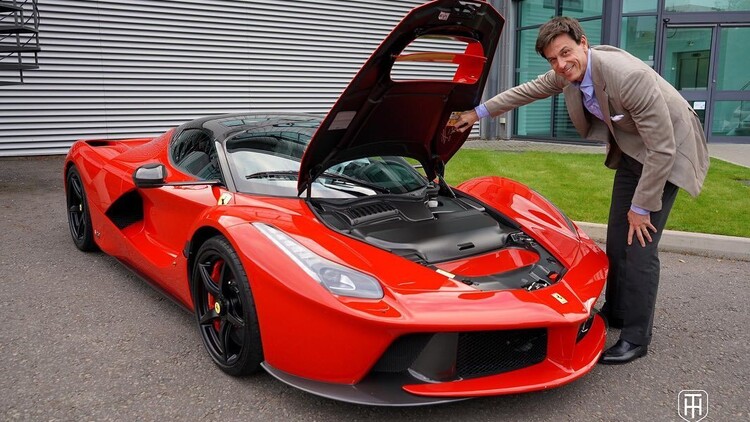 Months after putting some of his own private collection of cars up for sale, Toto Wolff has sold off his limited edition Ferrari LaFerrari Aperta.

This is an open-top version of the LaFerrari, and just 210 examples of the car were ever built.

With the sale handled by British specialist Tom Hartley Jnr, the new owner was also treated by way of Wolff signing the car personally – no doubt adding some future appreciation to the car.

No prices have been disclosed, but it's safe to assume that Wolff has made a tidy profit on the car, which would have been purchased for around €1.6 million back in 2016.

"We announced a few weeks ago that Toto's LaFerrari Aperta was now sold," read an announcement from the car sales specialist.

"It's off to its new owner, but not before we had the man himself sign it for the new custodian! Thanks Toto."