Mercedes team boss Toto Wolff has explained where the team are losing time to Red Bull in Austria, as well as their suspicions as to why.. 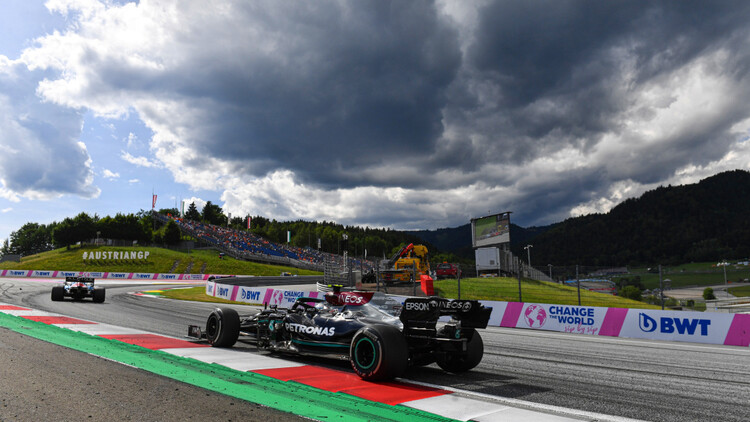 Mercedes' Toto Wolff has explained where his team's drivers are losing out to the two Red Bull drivers, after both Max Verstappen and Sergio Perez outqualified Lewis Hamilton and Valtteri Bottas.

Hamilton and Bottas will line up in fourth and fifth places, while Verstappen and Perez start from pole and third place respectively.

"We are losing time in specific [at] Turn 1, Turn 3 and 4," Wolff told media, including RacingNews365, after the session.

"You couldn't even pinpoint one or two corners that are responsible for most of the time loss, it's just tiny bits everywhere."

With Pirelli bringing along their softest compound tyres for this weekend, a step softer than what was used last weekend for the Styrian Grand Prix, Wolff explained that the C5 compound is causing the team some headaches for single lap pace.

"We felt we were underperforming on the C5 in qualifying too. Nevertheless, there's quite some learning and the gap to Max [Verstappen] isn't shocking.

"It's just that, over the whole lap, we struggle to find lap time. There isn't a silver bullet that we have as an answer. But simply, overall, we need to up our performance in every single area. That is not only chassis, but it's PU, everywhere."