Wolff reveals Mercedes decision on Russell and Bottas already made

Mercedes have already picked who will partner Lewis Hamilton next season even though the decision hasn't been announced yet. 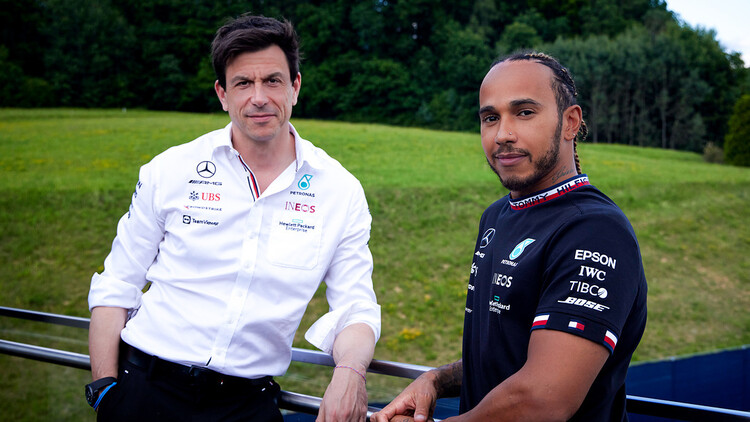 A decision on who will partner Lewis Hamilton next season at Mercedes has been made, though Toto Wolff is in no hurry to make that information public.

It's the question that everyone in the F1 paddock is asking, with George Russell's sparkling performance in qualifying for the Belgian GP only adding to the intrigue.

Both Russell and Valtteri Bottas stated earlier this week that there was no news to report, and while the decision hasn't been made public, Hamilton's partner for next season has been decided according to Wolff.

"Yes, the choice has been made," Wolff told RacingNews365.com and other members of the media. "I've always been honest with you [the media].

"If I needed to have that ultimate proof, then something would have been wrong, but the decision also considers other factors."

Wolff is keen to make sure that he helps whichever driver loses out on the Mercedes seat.

"Both of them deserve being looked after in the best possible way, because they're both part of the family," Wolff added. "There are pros and cons like with any driver line-up.

"In the end, there is no such thing as a perfect discussion, but we just need to manage it well with whoever isn't with Mercedes next year."