Wolff: Mercedes has closed the gap to Red Bull

There were smiles all around for Mercedes as the team locked out the front row for the first time this season. Valtteri Bottas finished with the fastest time, while Lewis Hamilton will start second in Portugal. 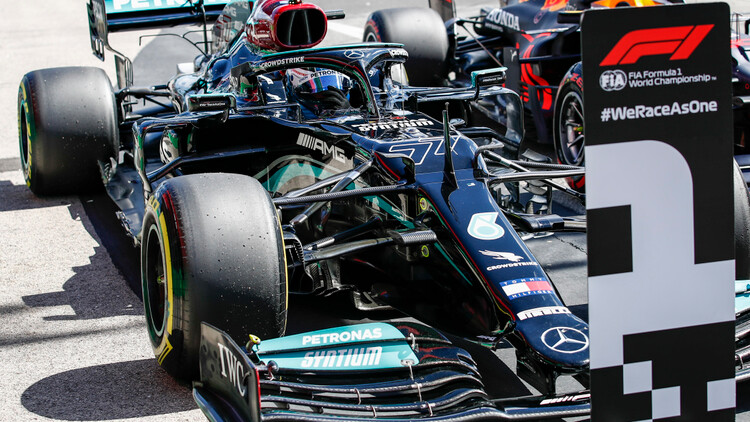 While Mercedes are no doubt pleased with how qualifying went, Toto Wolff isn't convinced the Silver Arrows have the fastest car ahead of Sunday's Portuguese Grand Prix.

Valtteri Bottas claimed the 17th pole of his career in tricky conditions in Portimao, with teammate Lewis Hamilton finishing with the second fastest time. It could have been much different given Max Verstappen saw a spectacular lap in Q3 deleted after exceeding track limits, and his pace wasn't lost on Wolff.

"I'm not sure we had the fastest car but we made a big step forward," Wolff told RacingNews365.com and other members of the media. "Max had an 1:18.2 that was deleted because of track limits. He probably gained half a tenth maybe, but not more.

"Valtteri had a very good first lap in Q3, so I would say we caught up a lot in qualifying, and maybe we're even on par. We think we have a good racing car. I think it's just crunching numbers, running in the simulator, trying to understand where the deficits lie and just grinding away.

"Contrary to what is believed, there is never just a silver bullet."

Although Wolff isn't convinced Mercedes have the fastest car, they enter Sunday's race ahead in both championships. Hamilton leads Verstappen by one point while Mercedes sit on 60 points, seven more than Red Bull.