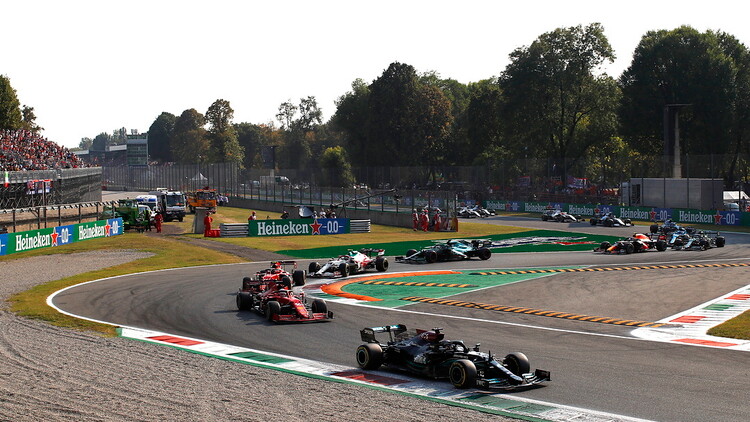 Mercedes Team Principal Toto Wolff says Lewis Hamilton's poor start to the Sprint Qualifying race at Monza was simply the result of a mistake by the Briton.

Hamilton looked poised for a strong showing in Saturday's 18-lap encounter, starting just behind teammate Valtteri Bottas in second place, however he quickly found himself down in fifth after struggling to get off the line.

In the end, Bottas took the chequered flag ahead of Red Bull's Max Verstappen and was thus praised by Wolff, who says Hamilton "slept through the start" after making an uncharacteristic error.

"On the positive side, Valtteri had a mega race, [making] a very good start," Wolff told Austrian broadcaster ORF. "On the other side, [Hamilton] slept through the start.

"He simply ground the clutch for too long, which is quite unusual for him."

Verstappen will inherit pole position for the Italian Grand Prix, with Bottas dropping to the back of the grid due to engine-related penalties.

"Max scored two points, of course, and Lewis none at all – and he starts from pole position tomorrow," added Wolff.

"It's possible that we gave away 10 points this weekend."

Although the momentum has swung in Red Bull's favour, Wolff isn't giving up on the weekend.

"Nothing is lost just yet," Wolff went on to comment.

Hamilton isn't quite as optimistic as Wolff, as he reckons Sunday's race will be an easy win for Red Bull and Verstappen.