The 2022 F1 driver market is heating up, with Nyck de Vries possibly joining the grid. However, Toto Wolff says the Dutchman's future will depend on where Alexander Albon lands. 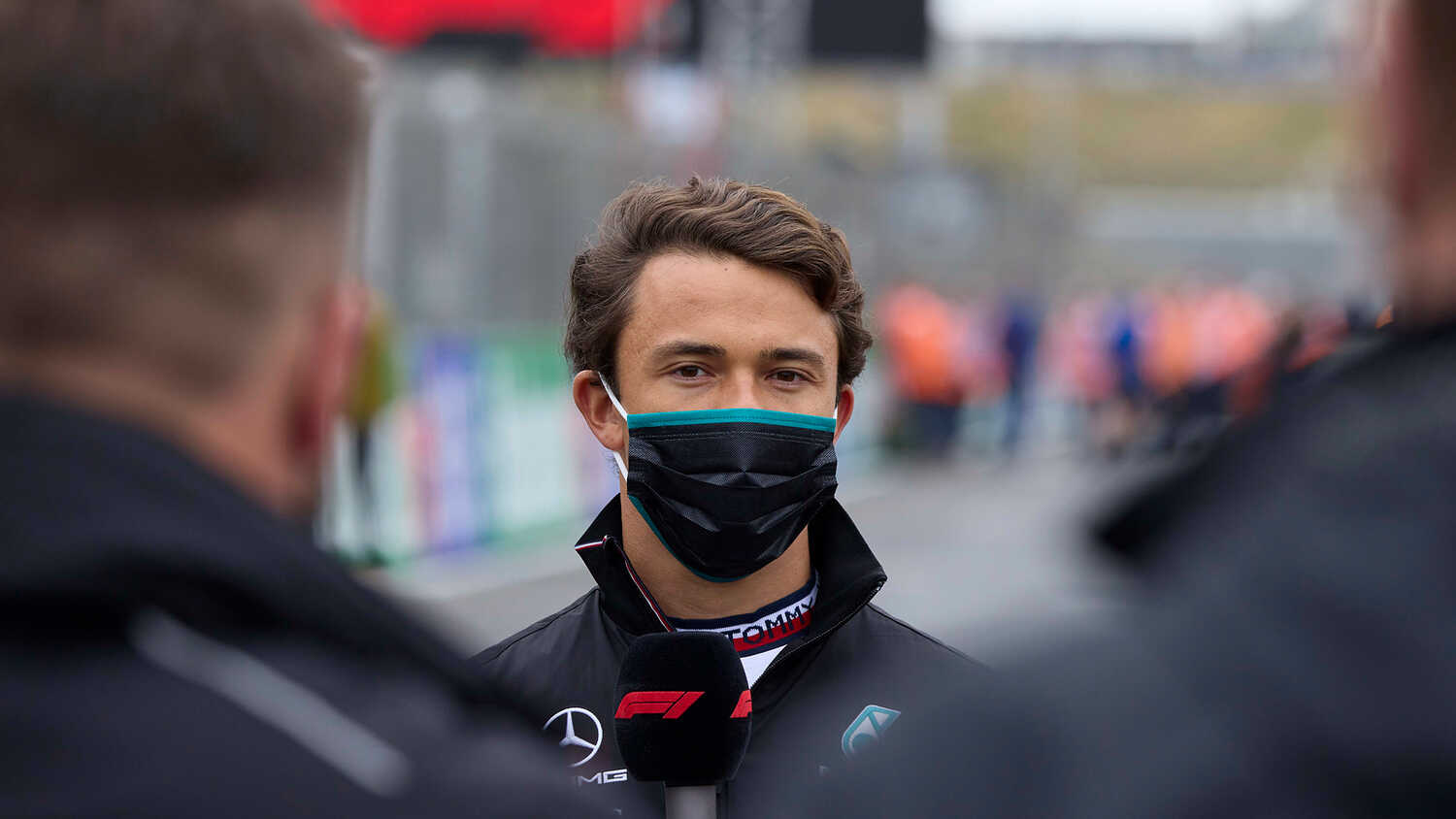 Mercedes Team Principal Toto Wolff is looking into whether to bring Formula E champion Nyck de Vries to Formula 1, but says Alexander Albon's future will play a role in whether that is possible.

De Vries clinched his first Formula E world title with Mercedes in 2021, with RacingNews365.com recently reporting that he's in line to take over from Antonio Giovinazzi at Alfa Romeo.

While Wolff won't stand in De Vries' way if an F1 seat becomes available, he also doesn't want to see him leave the Mercedes setup entirely.

"Nyck is a Mercedes driver in Formula E, he's won the Formula E World Championship, helped us to win the Constructors' World Championship and he's an extremely important member of that team," Wolff told RacingNews365.com and other members of the media at the Dutch Grand Prix.

"I admired his decision back in the day after winning the F2 title to say, 'I want to be part of a works team and that's why I'm joining Mercedes in Formula E', rather than running behind the dream in Formula 1.

"Now the time has come that people recognise his talent and his ability, and therefore those talks are taking place.

"But for us, [the] most important [thing] is that he stays within the family. I don't want to lose him at that stage for another Formula E championship, but I wouldn't block him for Formula 1."

Albon's future will have a say in where De Vries will drive next season, with Wolff admitting the British-Thai driver deserves a seat in F1.

"At the moment it revolves around Alex Albon, who, as [Red Bull Team Principal] Christian [Horner] said, deserves a seat," Wolff added. "He's a really good kid and he's probably the main protagonist in the moving chairs.

"Nyck has a guaranteed seat in Formula E with us and I'm in two minds. As I said before, I wish him to be in Formula 1 but I don't want to lose him from our Formula E campaign."