Mercedes' Toto Wolff and Red Bull's Christian Horner have disagreed on the nature of a "human error" in a pit-stop, following the introduction of a technical directive aimed at slowing down the team's work in the pits. 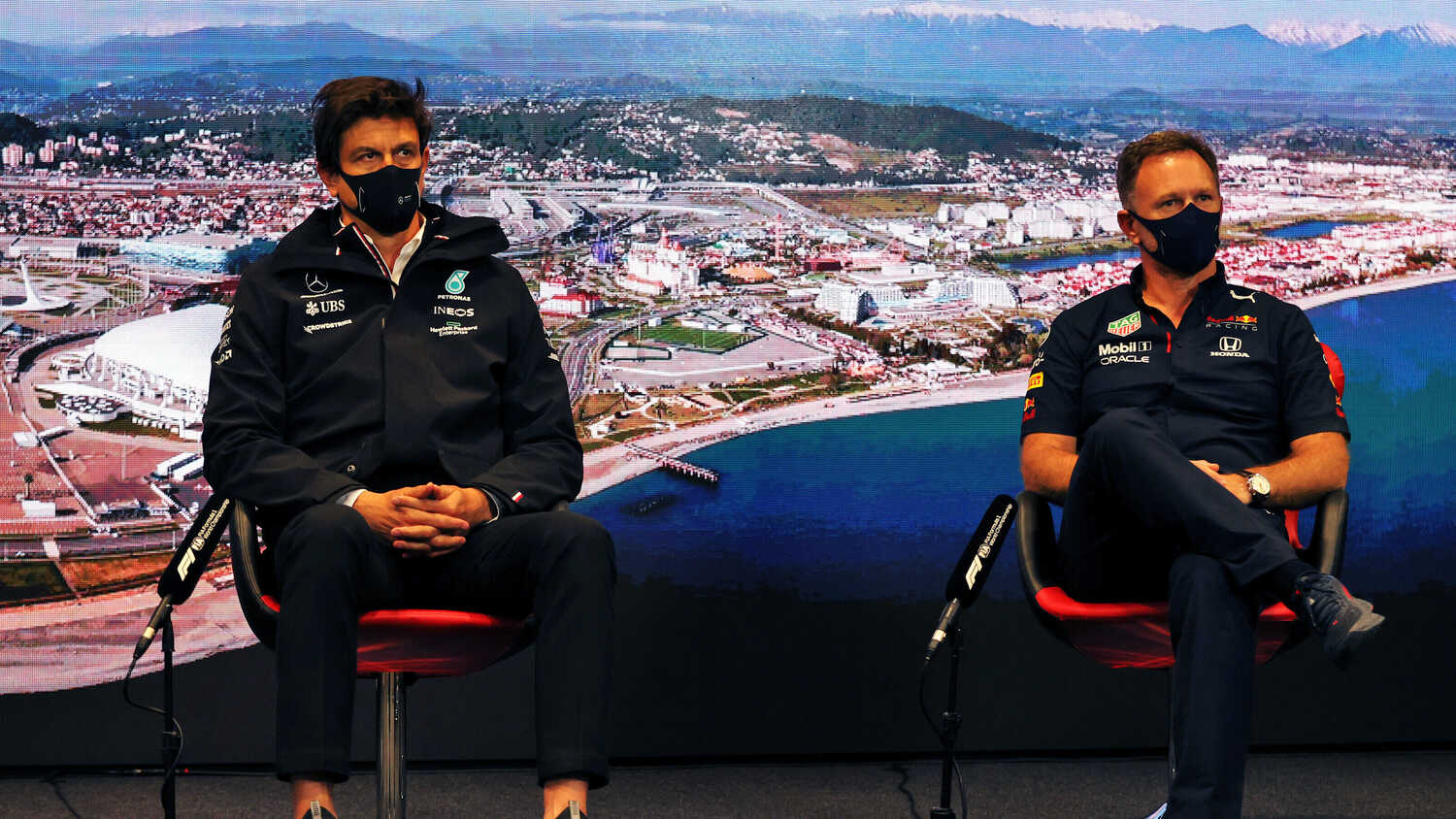 Mercedes' team boss Toto Wolff and Red Bull counterpart Christian Horner have a different perspective on the nature of some of their pit-stop failures this season, disagreeing on the "human error" aspect of a stop.

Since the introduction of a new technical directive aimed at slowing down teams' pit stops in order to ensure the safety of the pit crews, both Red Bull and Mercedes have had problematic stops. While Mercedes had a slow stop with Lewis Hamilton at Monza, Red Bull had slow stops for Max Verstappen in Italy and Sergio Perez in Russia.

Mercedes also had a particularly dramatic pit-stop failure earlier this season, when Valtteri Bottas ended up with a rounded wheel nut in Monaco after a misalignment of the wheel gun with the nut when he stopped the car. The Finn was forced to retire from the race as a result of that error.

But, despite that, Wolff doesn't believe there is such a thing as human error when it comes to pit-stops.

"You have to look at the whole process. There is no such thing as a human error," Wolff told select members of the media, including RacingNews365.com.

"But equally [we need to] be fast enough and that balance has always been tricky for all teams in Formula 1."

Horner, who revealed that Verstappen's slow stop at Monza was due to a "rare human error as a result of the new technical directive", unsurprisingly disagreed with Wolff's viewpoint.

"I think there is something called a human error and I think we saw one of those at the last race," he commented.

"I think you always learn and I think you change your tools as well to try and make life easier, to build in fail-safes, whether it's within software and so on.

"I think the pit-stop is an intrinsic part of a Grand Prix and you need to rely on a stationary time as part of your strategy. So, obviously, a lot of analysis goes into a failure at a pit-stop as it would do on any component on the car.

"You try to learn from it, you try to put in fail-safes to deal with the situation should that re-occur."