Will Hamilton escape a penalty thanks to Verstappen's actions?

The separate steward investigations into Lewis Hamilton and Max Verstappen at the Brazilian Grand Prix could become intertwined, with speculation that Mercedes might use Verstappen's alleged offence as evidence in their own situation. 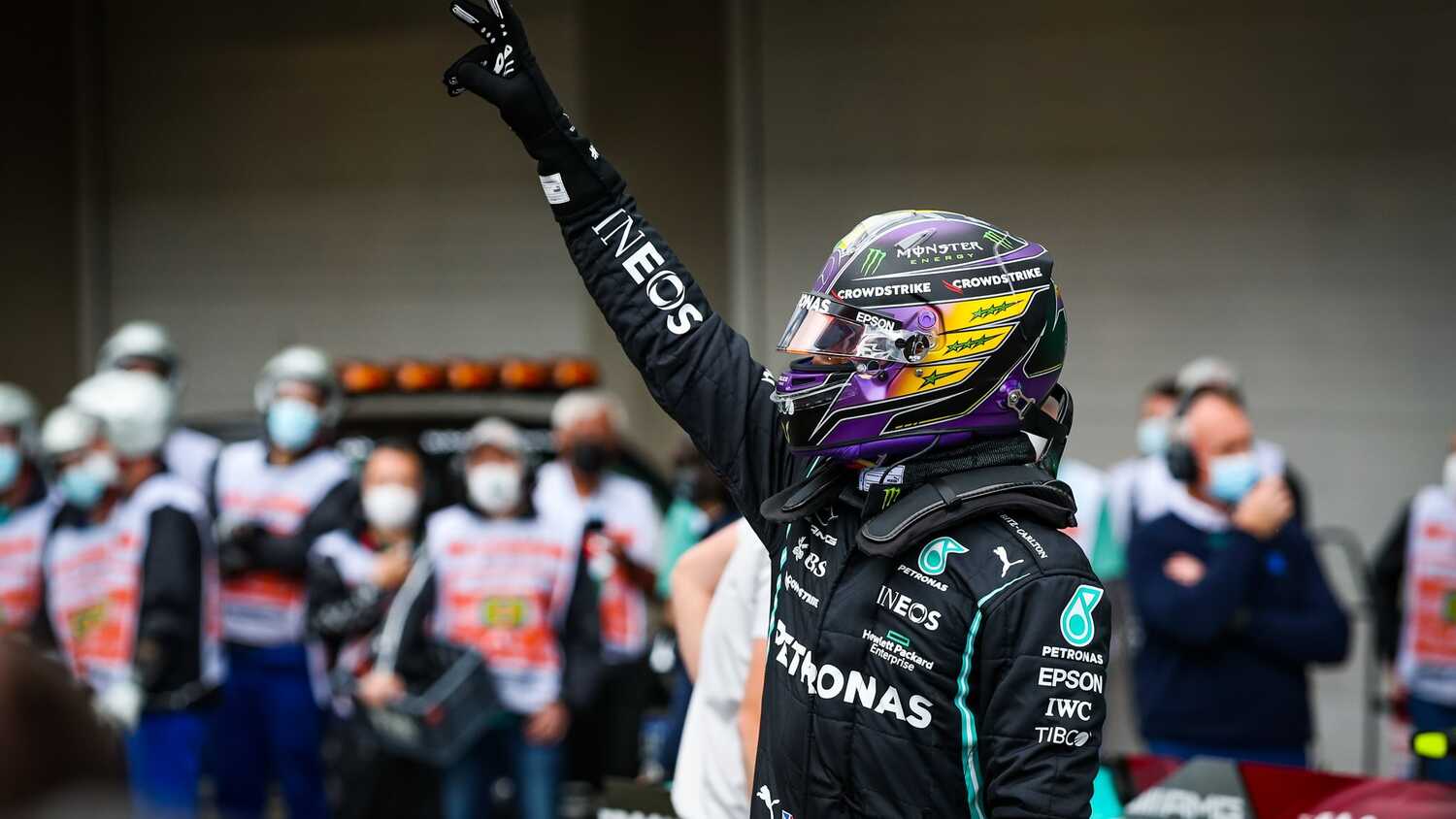 Lewis Hamilton and Max Verstappen might be facing stewards' hearings for different alleged offences at the Brazilian Grand Prix, but questions have been asked over whether Verstappen's actions could actually be used by Mercedes in their case.

Hamilton was referred to the stewards over a possible Drag Reduction System (DRS) infringement following Friday's qualifying and his rear wing was impounded overnight ahead of a hearing on Saturday.

Meanwhile, Verstappen was also summoned to the stewards over an alleged breach of the FIA International Sporting Code relating to parc ferme conditions. The Dutchman was seen in fan footage appearing to touch the rear wing on Hamilton's car after qualifying.

Whilst each case initially seems to be quite separate, there has been speculation over whether Mercedes might use Verstappen's actions as evidence in their hearing regarding Hamilton's rear wing.

Sky Sports News reporter Craig Slater was amongst those to raise this point.

"Mercedes might allege that Max Verstappen is a party in all of this," Slater said. "He goes over to Hamilton's car, and actually touches the rear wing.

"That would leave him in breach of the sporting regulations, which maybe isn't so serious in terms of what happens to him. Maybe he'll get a slap on the wrist, a reprimand for doing that.

"But could Mercedes allege that their rear wing has been tampered with? And could that be a factor in the case against Hamilton's car?

"In a sense, could they say the forensics have been tarnished in some kind of way. They may want to use it as evidence in Hamilton's case."

What will happen next?

Slater has also questioned whether the FIA's decision to impound Hamilton's rear wing could go in the Briton's favour.

"A whole series of cars were checked yesterday, including Hamilton's Mercedes teammate Valtteri Bottas' - but only Hamilton's was found to be non-compliant," Slater explained.

"Significantly, the FIA have since impounded the DRS of Hamilton's car. Does that suggest that they weren't satisfied with the original measurements, or they want to check it again? That might work in Hamilton's favour."

The outcome of both Hamilton and Verstappen's cases should become clear during Saturday, with the hearings taking place in the morning (local time).

Hamilton took pole position in Friday's qualifying, meaning that he would start Saturday's Sprint Qualifying from the front of the grid. Meanwhile, Verstappen claimed P2, but it remains to be seen whether these positions will be affected by the stewards' investigations into each driver.