Why Verstappen's involvement in Perez's strategy was so unusual 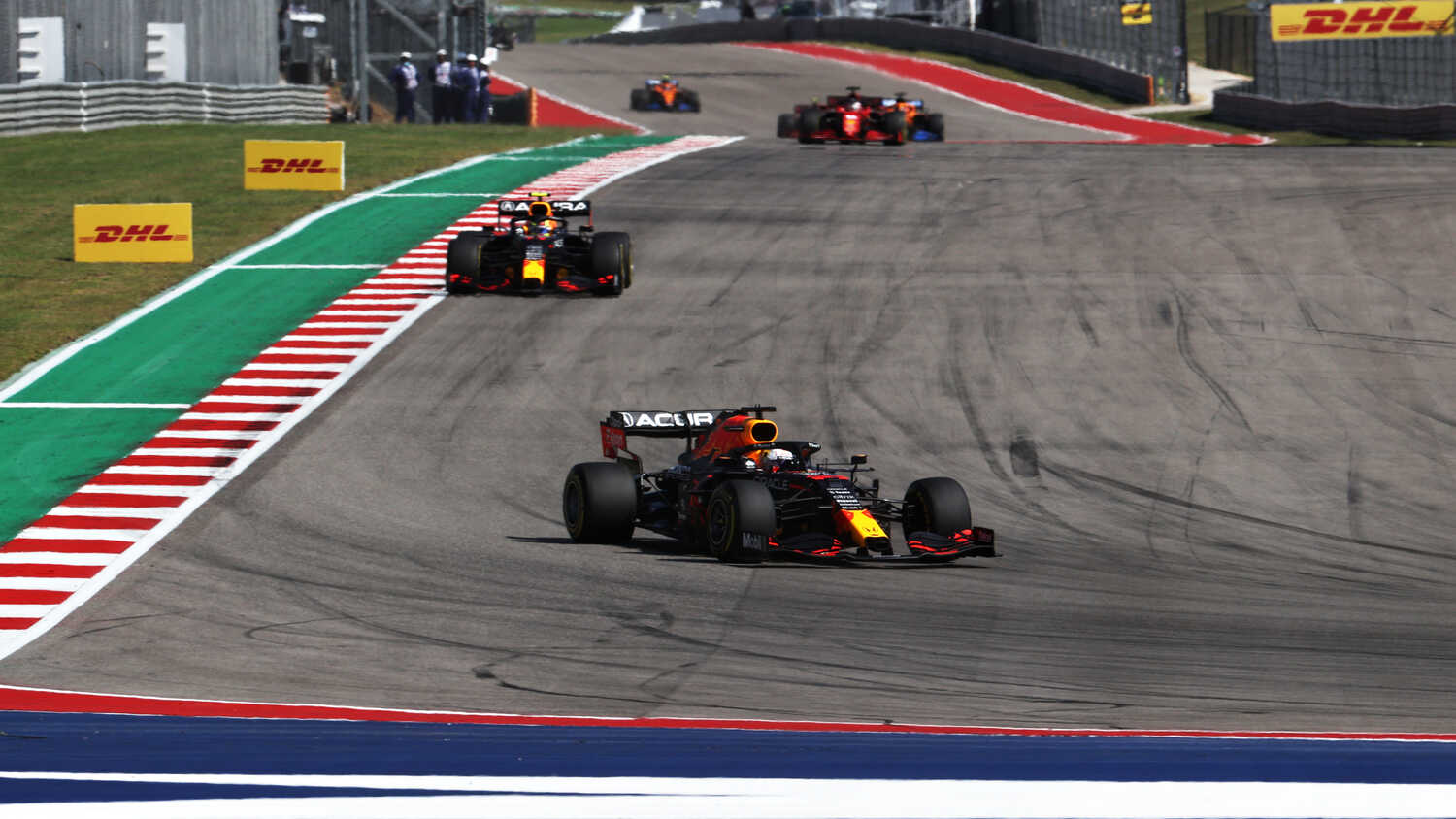 Jolyon Palmer admits that Max Verstappen's involvement in teammate Sergio Perez's strategy during the United States Grand Prix was extremely unusual, but believes it to be a reflection of the Dutchman's determination.

After losing out at the start to Lewis Hamilton, Verstappen opted to make the undercut by pitting first. Following this, the Red Bull driver suggested to the team that they bring Perez in for a stop in order to prevent Hamilton from running much longer on that stint, as the Briton would have to protect from the undercut.

Palmer believes that, whilst this is not a common thing for a driver to do, Verstappen's big picture thinking shows an impressive level of expertise.

"A driver trying to dictate the strategy of his teammate is pretty much unheard of during the race, but Red Bull duly brought Perez in, and Hamilton was forced to cover him," Palmer wrote in his column for Formula1.com.

"We know that Red Bull are sacrificing Perez from time to time, purely to aim for the Drivers' title. Even as early as Silverstone they pitted Perez out of the points, just so he could get fastest lap and stop Hamilton picking up the extra point.

"It's a slightly bizarre dynamic when the lead driver starts to suggest it as well though over the team radio, but it just shows how single-minded Verstappen is right now.

"He's acting like a driver who has been here before and has the experience to read the race and make the right calls, even in these high-pressure scenarios.

"The entire team, including his teammate, are all pulling in the same direction. That was also clear by the way Perez offered no fight to Verstappen on the opening lap after Turn 1."

Red Bull seemed to have the advantage over Mercedes from Free Practice 2 onwards during the weekend's racing in Austin, but Palmer thinks that the Milton Keynes-based squad still had to ensure they had perfected their strategy in order to stay ahead in the race.

"Maybe this was a race that Hamilton simply couldn't win, given Red Bull had the faster car, but with Hamilton driving the wheels off the Mercedes as usual, it still needed a perfectly-executed race from Red Bull to stop him and that's what they provided," the former F1 driver said.

"Once Hamilton was undercut at the first stop, Red Bull took the race out of Mercedes' hands, by pre-empting their second stop and pitting early.

"Even then it was exceptionally close, but the management of the race by Verstappen was sublime and meant that he had enough tyres left, so that Hamilton couldn't quite get close enough to launch a proper offensive.

"I thought Austin might favour Mercedes, especially given Hamilton's previous form at the circuit, and Mercedes' strong pace since the summer break, but the fact that Red Bull could still win, even when Hamilton was driving at his very best, will give them an enormous boost heading to a circuit they've always been strong at [Mexico]."