Max Verstappen is bidding for a maiden F1 world title this weekend, six years on from making his debut with Toro Rosso. Ahead of the title decider, RacingNews365.com sat down with his first team boss, Franz Tost, to learn more about the Dutchman's early days in the sport and how quickly he developed. 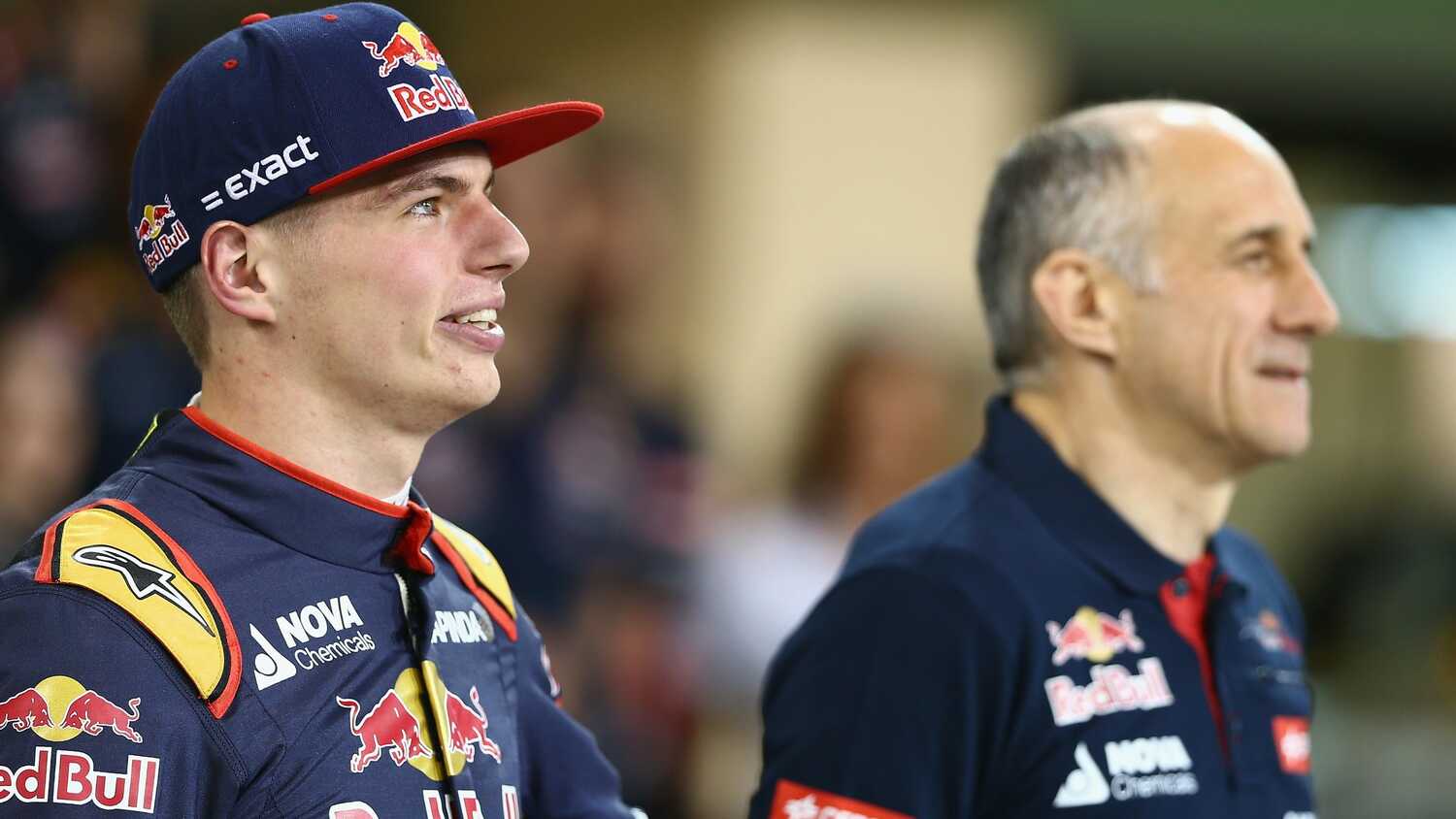 Max Verstappen will go head-to-head with Lewis Hamilton in a title-deciding showdown at the Abu Dhabi Grand Prix, marking the conclusion of a captivating 2021 season.

It has been Verstappen's first involvement in a championship fight, six years on from making his F1 debut with Toro Rosso (now AlphaTauri) in 2015, aged just 17.

One man present at the very start of the Dutchman's career was Franz Tost, the Faenza-based squad's long-serving Team Principal, who has played a key role in the development of many future stars over the years.

For Tost, from the day Verstappen first sat in a Formula 1 car in 2014, just a year after stepping up from karting, his talent was clear to see.

"I say always to drivers, to come into Formula 1 is one story, but then to stay in Formula 1, to educate yourself and have a real, steep learning gradient, this is another story," Tost told RacingNews365.com in an exclusive interview.

"What I really admire about Max is how, in the last years, he has developed himself.

"From his driving style and everything, he was always superb. But also from the mental side. For example, this year, when he won at Zandvoort - thousands of spectators are out there expecting you to win.

"How good he did it! How fantastic he did the qualifying and the race without making any mistakes. You must be very strong in your head to do this."

According to Tost, there is no better driver on the grid at the moment.

"I really like to see how he has developed himself in reading the races, setting up the car and understanding the technical side," said Tost.

"Therefore, for me, currently, he is the best driver in Formula 1."

Tost revealed more details about Verstappen's learning curve and development - on and off the track - during his first season in the sport.

It would prove pivotal as, after just over one season (and a few races), the youngster secured promotion to Red Bull in place of the struggling Daniil Kvyat, going on to claim a spectacular debut victory in Barcelona - and becoming the youngest F1 winner in the process.

"I would say [the learning curve was] at the beginning quite steep," Tost explained, looking back on Verstappen's time at Toro Rosso. "Then there was a little bit of stagnation.

"They are normal, the steps, because you have to be settled to understand everything. When you learn something and you understand it, then it goes up - it's normal.

"In Formula 1, there are too many unforeseen and very difficult to understand ingredients - the tyres, the car, the power unit and all this kind of thing. To optimise the tyre management, to optimise the usage of the power unit, for this you need a learning process.

"I must say that Max did a fantastic job, really. I am impressed by him."

Tost also made a point of recognising the role Verstappen's father, Jos, played in laying the foundations for his career.

"He learned a lot from Jos, because with all his reactions and everything, you could see that when he was growing up, some experienced person was on his side," added Tost.

With this in mind, he is not surprised at how Verstappen has dealt with what has been an intense title fight against Hamilton and Mercedes.

"I knew him from the very beginning onwards and he was already mentally strong in those days," Tost stated.

"If you remember rightly, there were many people who criticised us to sit him in a Formula 1 car, because he was only 17 years old and even didn't have a driver's licence.

"I remember some [journalists] telling me that this is completely wrong and I said to them, 'Let's talk in five years once more, I think it's right'. In the end, it was right!"

As for whether all of these ingredients will come together on Sunday evening, with Verstappen being crowned World Champion, Tost said: "I hope it will be Max... No, I'm convinced it's Max."