Why Verstappen isn't affected by Hamilton and the media's comments

After colliding with Lewis Hamilton at the Italian Grand Prix, Max Verstappen insists he's blocked out the criticism that's been directed at him. The Red Bull driver's only focus is on his own performance. 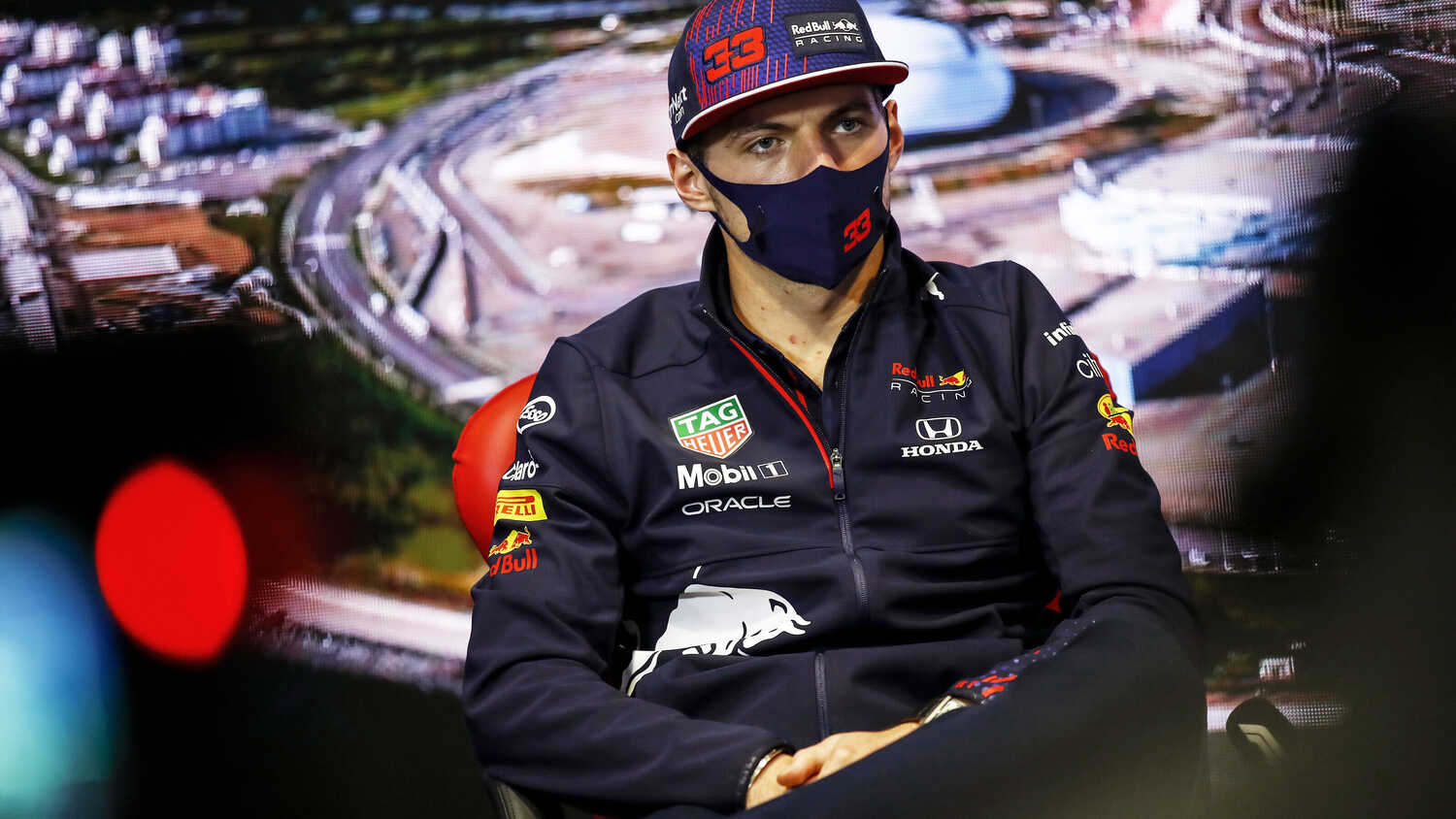 Max Verstappen isn't losing sleep over the recent comments directed at him by the likes of Lewis Hamilton and Sir Jackie Stewart, stating that he'll continue to focus on himself.

The battle for the 2021 F1 World Championship continues in Russia this weekend, with the Red Bull driver set to serve a three-place grid penalty for the collision that took himself and Hamilton out at Monza.

The incident was a major talking point in the days after the race, with three-time World Champion Stewart stating that Verstappen has "a lot to learn".

When asked if he's facing pressure from Hamilton and the British media in his push for the championship, Verstappen noted that while that's possible, he's unaffected by it all.

"I think it has a bit of a logical explanation, but in the end it doesn't matter," Verstappen told RacingNews365.com and other members of the media. "I just do my thing and don't worry about the rest.

"I'm not worried about that [dethroning Hamilton] either. Everyone has their own opinion, but I make sure I focus on myself and on working with the team. That's the only thing I have control over and that's the most important thing in the end.

"I've been through several things in my life, so it doesn't make me nervous. You get into that car and you have the accelerator, the brake pedal and a steering wheel. It doesn't matter how many people write about that, the principle remains the same."

Verstappen is no stranger to intense rivalries, stretching back to his battles with Charles Leclerc in karting. He doesn't think anything has changed in terms of how he competes against others since making the move up to F1, other than the fact there is more coverage in the media.

"I think it was the same, only there was less written about it," Verstappen added. "Back then, you could race more fiercely because you could go wheel-to-wheel."

Verstappen's rivalry with Hamilton appears to have become more intense following their collisions at Silverstone and Monza, however he insists their relationship hasn't changed away from the track.

"We respect each other. Looking at the results, we've collided twice on track, but that can happen to anyone," Verstappen points out. "This is part of racing sometimes.

"You would rather not do that, but it happens when you are fighting for a championship and you are close to each other. It's important to forget things and move on. We're now in Russia and that's what we have to focus on."

Hamilton and Verstappen didn't shy away from exchanging comments with one another on Thursday. Hamilton suggested that the Dutchman is perhaps feeling the pressure in what is his first World Championship fight, while Verstappen responded that the Briton "really doesn't know me".

Either way, Verstappen insists his focus remains on his own performance.

"I don't concern myself with those things," Verstappen added. "Everyone can say what they want, but I have to focus on myself."