Daniel Ricciardo had to lift off during the long run down to Turn 2 on the opening lap of the Russian Grand Prix after finding himself without a slipstream. 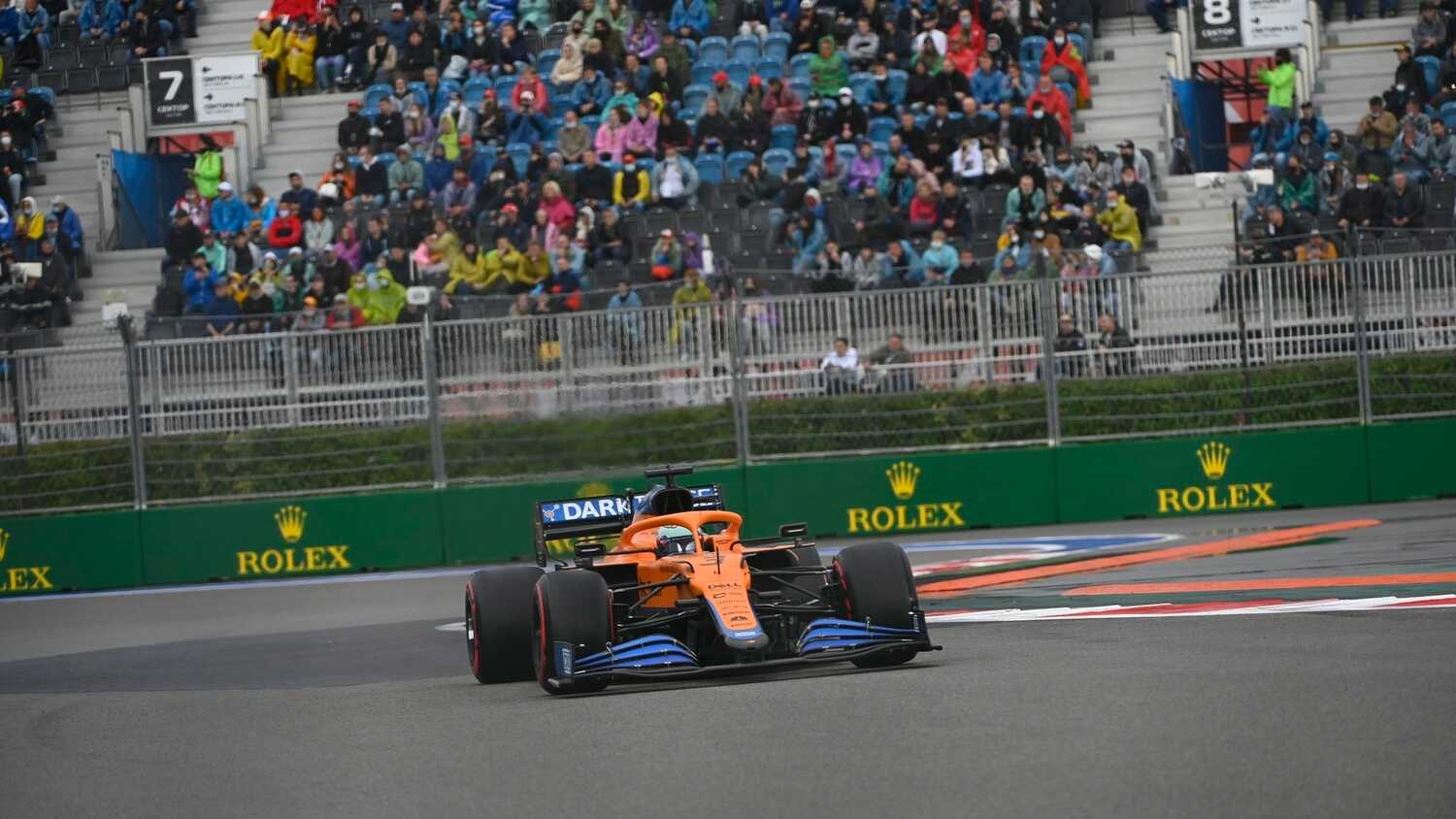 Daniel Ricciardo had to lift off after what he described as "too good" of a start to the Russian Grand Prix at the Sochi Autodrom, leaving the McLaren driver without a tow heading into Turn 2.

Ricciardo ended a chaotic race in fourth position, continuing the strong form that saw him win last time out in Italy.

Reflecting on the day, Ricciardo said he missed out on a slipstream after making a strong start from fifth, and even lifted off in order to change course, a decision that resulted in him falling behind Fernando Alonso and Lewis Hamilton.

"The start itself was probably too good, and I just didn't have a slipstream," Ricciardo told RacingNews365.com and other members of the media. "It was really good and I pulled out because I realised I was gonna have no one to tow me.

"I think I even lifted to get back in a tow, and then I lost momentum. If I was on pole it would have been perfect [as I] didn't really have anyone to run with me.

"Then I lost a few positions, and I think I got Alonso and Hamilton back on the first lap, so that was good because it made up for the first part of the start.

"[There were] moments where I could have done better, but I think fourth is obviously a good result on paper. It's good points, but there's still some things I want to know how I can improve or do better."

Ricciardo ended the race just over three seconds back on Carlos Sainz, who claimed another podium for Ferrari.

The Australian believes he could have gotten closer, or even passed, the Spaniard had there been a few more laps, though he was still pleased with his final position.

"It's hard because there's moments of the race where I wasn't that quick, but also being one second behind Sainz, you do lose a lot and kill the tyre, so I need to understand how much was pace and how much was just track position," Ricciardo added.

"When the rain came... I smile now because I gained a couple of positions and it was the right call to box that lap, but there were a few corners where you were really hanging on.

"I could see Sainz at the end, maybe a few more laps I could have got closer, because he didn't look particularly quick on the Inters, but I'm happy with the points."