Why Hamilton and Mercedes are so difficult to beat

Remarkably, Lewis Hamilton has had his best start to a Formula 1 campaign heading into the Monaco Grand Prix. RacingNews365.com takes a look at the enormity of the challenge Max Verstappen and Red Bull face and why Hamilton is driving better than ever. 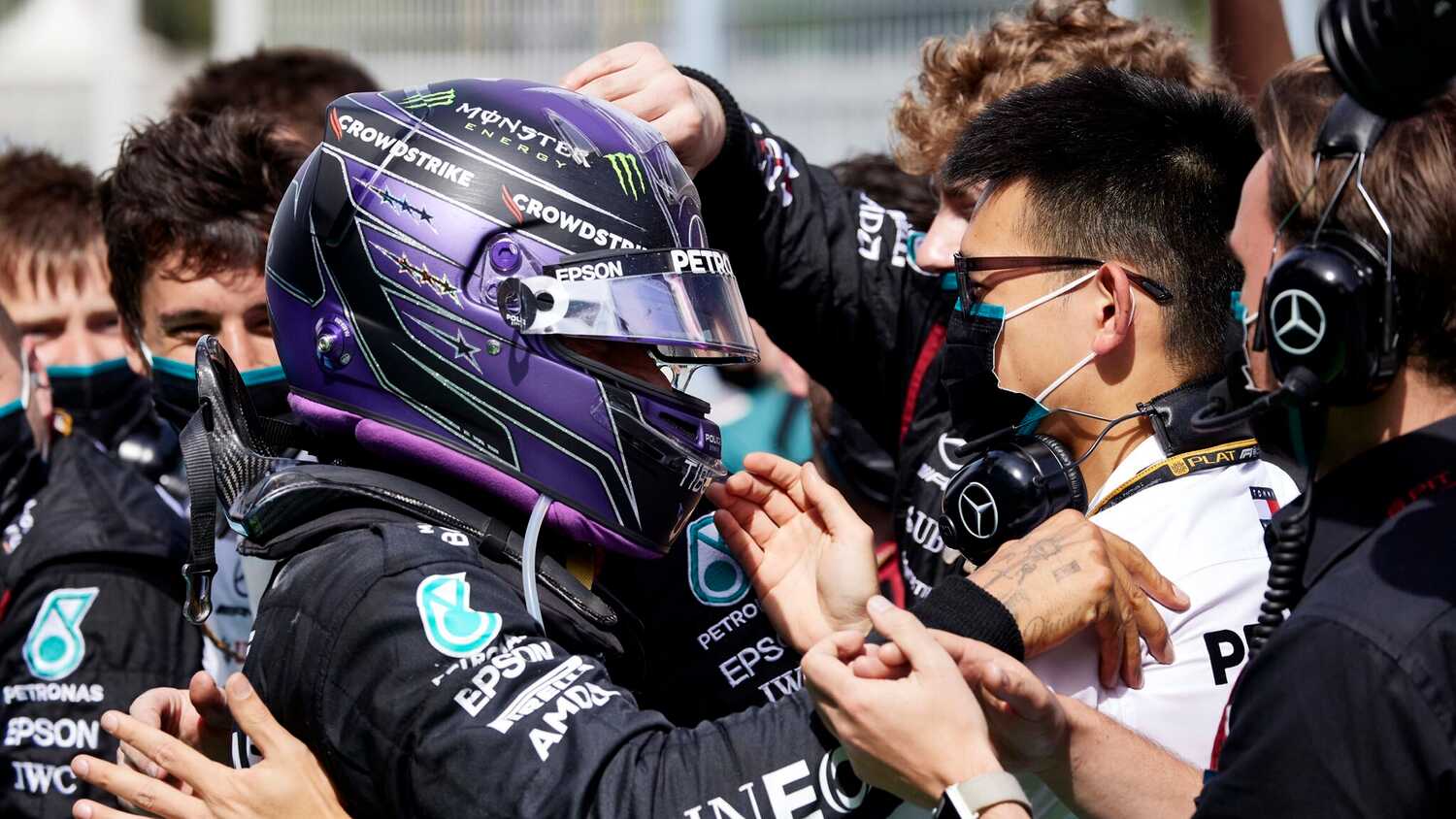 Lewis Hamilton and Mercedes have been forced to perform at their very best to beat Red Bull and Max Verstappen at three of the four races in the 2021 Formula 1 season.

It’s the first time Verstappen has had a car that’s capable of winning the championship. For years, many people have been waiting to see who will come out on top in the Hamilton versus Verstappen fight when both are in equal machinery.

The Mercedes and Red Bull will never be identical on pace, but they are definitely close enough to give a clear indication as to the strengths and weaknesses of Hamilton and Verstappen.

It’s the strength of the Hamilton-Mercedes combination which Red Bull are up against and it’s a formidable duo. 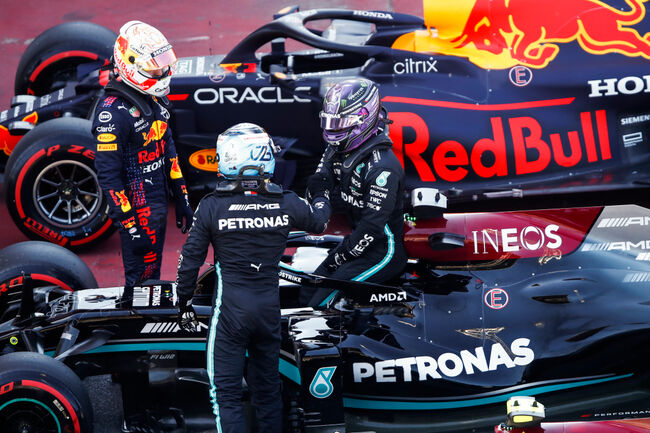 Whilst there is very little to separate Verstappen and Hamilton on outright speed, the intelligence of Hamilton might be the key difference this year. Hamilton’s wise-head has also been an important factor as to why he has a 14-point lead in the drivers’ championship.

“I learned a lot about Max, perhaps more than all the other races probably put together,” Hamilton told RacingNews365.com and other select members of the press after the Spanish GP.

There are a few theories as to what Hamilton is talking about. One idea could be Verstappen’s strategy to push hard early in the Grand Prix.

The Circuit de Barcelona-Catalunya is notoriously difficult to overtake at, yet Verstappen kept the pace relatively high. Perhaps it would have been smarter to hold back.

This is the driving strategy Hamilton employed at last year’s Spanish GP on his way to victory. By doing this, you can save your tyres and you can keep the field bunched.

If the field is still relatively bunched together, the threat of an undercut diminishes because if you pit you will come out on traffic. 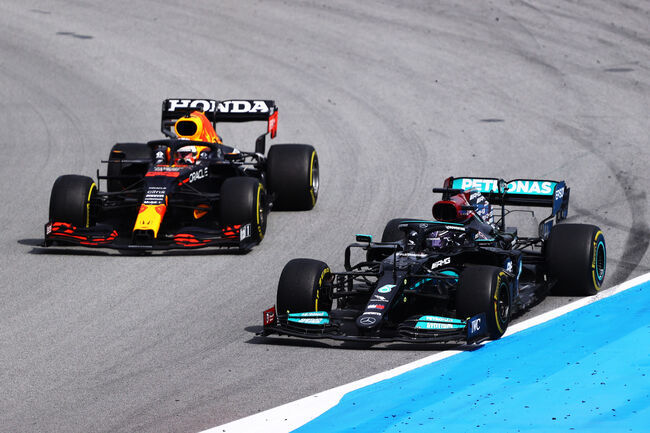 Even after the safety car, Verstappen pushed hard again and failed to create a gap over Hamilton. It’s easier said than done, but if Verstappen dropped his pace in the first and second sectors (where you can’t overtake) it may have given him a better chance to win the race.

Spain may have confirmed Hamilton’s thoughts that Verstappen loves to simply get from A to B as fast as he can and is lacking the experience or intelligence that Hamilton brings. It’s this smart racing head of Hamilton which makes him such an incredible driver in modern F1.

“Every year I come back and I'm always trying to improve,” said Hamilton. “Most often it tends to be or seem impossible, but it's a necessity.

“Red Bull have been started off incredibly strong. They have a championship winning car and opportunity. This is a period of time when I have to be at my best weekend in, weekend out.”

Last year was arguably Hamilton’s most consistent F1 campaigns and he has continued that form into this year. He relishes the challenge of a different team pushing Mercedes every weekend, and it brings the best out of the seven-time world champion. 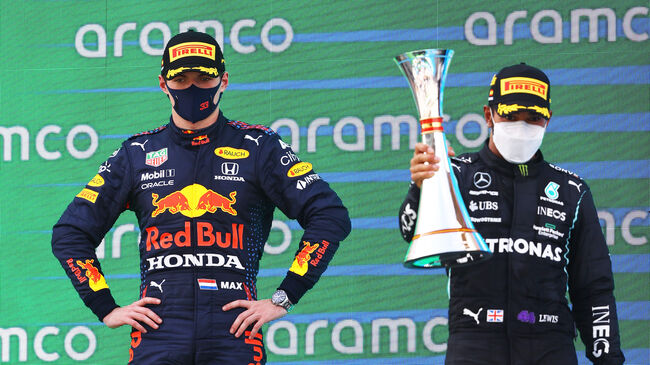 Even though Red Bull had the edge on pace over Mercedes in Bahrain, and had a car that was capable of being on pole position at each of the four races, Hamilton is delivering at the key moments.

Ultimately, every sport comes down to moments and this is where Hamilton gets the balance between risk versus reward absolutely spot on and it’s why he is so difficult to beat.

“In Bahrain winter testing, what you could see with Lewis was he realised that he and the team were going to have to be absolutely perfect to be able to go out there and win races,” Mercedes engineering director Andrew Shovlin told RacingNews365.com and other select members of the press.

“He has arrived in a frame of mind that is just about maximising every little opportunity be it on track, be it in the setup, be it how we approach the weekend. He brought that [mindset] to Bahrain, and that’s been the case at every race.”

Hamilton has had his best start to any F1 campaign with 94 points to his name. Apart from a critical error in Imola, where he was very fortunate to be able to recover to second place, he has been on it at every event. 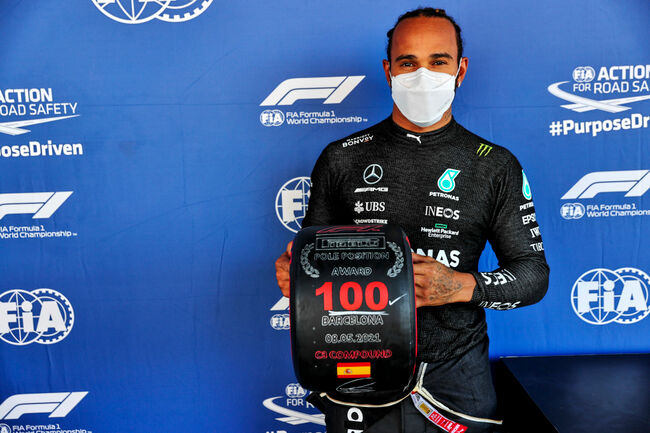 Hamilton and Mercedes showing no signs of slowing down

In terms of performance, he’s driving at his best. His ability in the race to get the most from his tyres won him the season-opener in Bahrain, helped him to victory in Portimao and was the key factor for his win in Spain.

Even in Imola on the intermediate tyres, Hamilton was starting to come back towards Verstappen towards the end of that stint. It could be a car characteristic but when you are following a car within two seconds for lap after lap, that is due to the driver skill.

There is no F1 car which is built to be in the dirty air for consecutive laps and it requires the skill and feel from the driver to not overstress the Pirelli rubber.

Hamilton’s rear right tyre appeared to be wearing away quickly with signs of possible blisters on the W12. The Circuit de Barcelona-Catalunya is generally a front limited track and if the rear tyres are going to get punished, it should be the left rear tyre which degrades most – since the track is clockwise.

Instead, Hamilton managed to find a way to stress the rear right tyre more to save the rear left. You can’t teach this. It’s simply down to skill and driving ability.

To do this whilst within 1.5-2 seconds of Verstappen is even more remarkable and it just shows that Hamilton is driving as good as he ever has in his 14-year F1 career.

“There’s no guarantee that he will be all season because we all make mistakes and the car could break down. But his ability of learning, even after so many seasons is very impressive.”