Why Alonso's hiatus might have helped his podium drive in Qatar

Fernando Alonso returned to the podium at the Qatar Grand Prix for the first time since 2014. Ross Brawn, F1's Managing Director, believes that the Spaniard may have been boosted by having a fresh perspective on the sport. 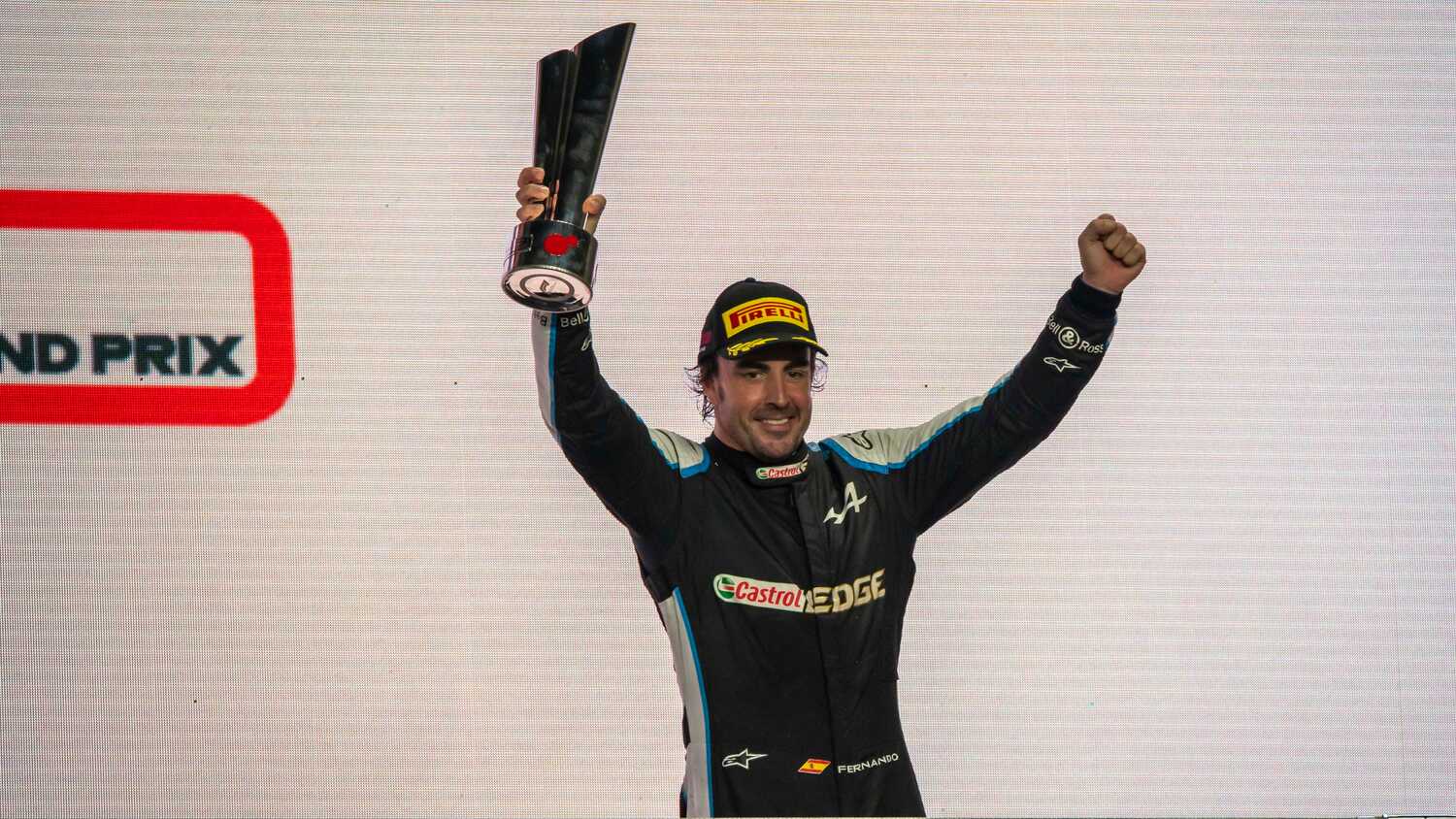 Ross Brawn has questioned whether Fernando Alonso's two-year hiatus from Formula 1 may have helped towards his strong performance at the Qatar Grand Prix.

The Spaniard secured his first podium in F1 since 2014 at the Losail International Circuit, having finished a solid third behind Lewis Hamilton and Max Verstappen. Brawn has named Alonso as his driver of the day, and is thrilled to see him doing well again following his return to the sport this season with Alpine.

In fact Brawn wonders if the time away from the paddock has actually helped to give Alonso a fresh perspective and motivation.

"Fernando is my driver of the weekend. Like Lewis, he dialled into the track very quickly and got the car working well," Brawn wrote in his column for Formula1.com.

"That Alpine looked good all weekend. He’s just enjoying himself so much. He's in his element.

"I'm a big fan of Fernando and I've always felt frustrated he only won two world championships for someone of his talent. He's easily my driver of the day. He's a man who is still in love with F1 and it shows.

"He's hugely talented. Maybe the perspective he’s got now, after some time away from the sport, might be helping.

"Great for the sport"

Alonso is confirmed to stay with Alpine in 2022, and his success in Qatar has left him keen to achieve even more next season, with the two-time World Champion admitting that he feels ready to take part in a title fight again.

Brawn hopes that this strong result might also encourage Alonso to stay in the sport even longer, and feels that his success is a good thing for Formula 1.

It was a positive weekend for the whole Alpine team, with Alonso's teammate Esteban Ocon helping to secure a double points finish by ending the race in fifth.