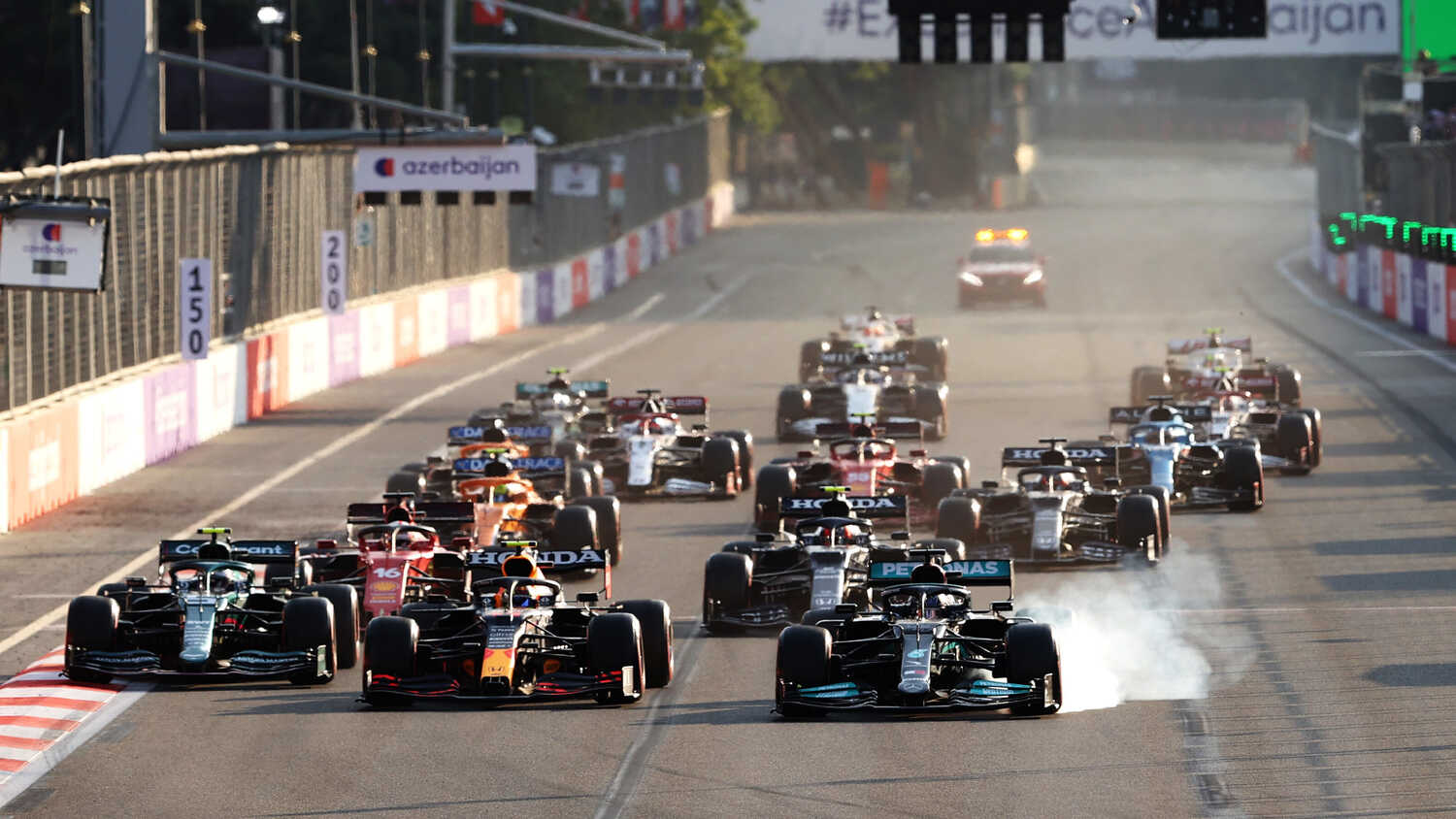 Red Bull's Sergio Perez has explained that his quite serious hydraulic issue towards the end of the Azerbaijan Grand Prix meant that he couldn't stay ahead of Mercedes' Lewis Hamilton at the final restart.

Perez started from the front for the standing start for the two lap sprint to the chequered flag, but was beaten by Hamilton into Turn 1. Hamilton had made a brake setting error, though, and sailed straight on to hand the lead back to Perez. The Mexican crossed the line in first, and immediately stopped the car as Red Bull were concerned about an impending hydraulic failure.

"Yeah, it was a big thing," Perez explained to media, including RacingNews365 afterwards.

"The team asked me, basically, not to weave. I couldn’t warm up the tyres at the restart, so we were trying just to get to the end, it was only two laps to go. It was our race to be lost, you know, because we were in the lead, there’s everything to lose. Not much to win because we were on pole and we just have to do two laps."

Revealing that it was concerns over his steering rack, Perez was told not to weave and the resulting lack of tyre temperature meant Hamilton had a huge advantage for the restart.

Having been beaten off the line, Perez retook the lead as Hamilton went straight on at Turn 1.

"Lewis was on the inside line, the dirty line and yeah, unfortunate for him," Perez said.

"It just shows how vulnerable we are all to mistakes. We are operating at such a high level lap after lap that these things can happen to anyone."