When Hamilton first met Ron Dennis: I don't know what possessed me

The seven-time Formula 1 world champion has explained how he first met Ron Dennis and what his first words to the former McLaren boss were. 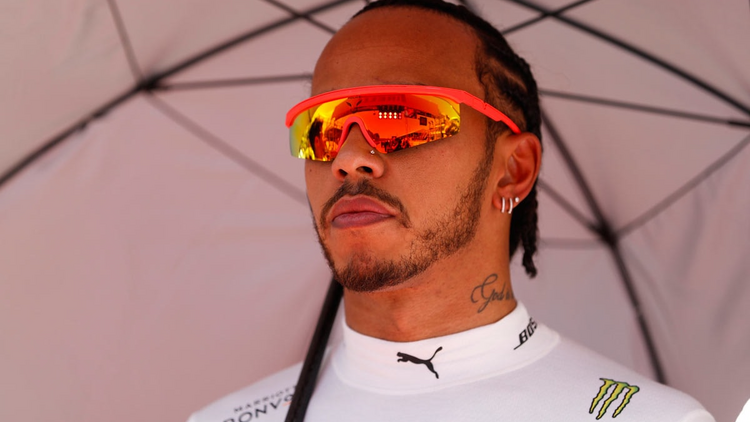 Lewis Hamilton says he doesn't know how he had the confidence to approach McLaren boss Ron Dennis and speak to him when he was 10-years-old.

Hamilton had just become the youngest ever driver to win the British Karting Championship in 1995 and was invited to the Autosport Awards where he met Dennis.

"At the time I was coming home watching Formula 1, watching Ayrton Senna video races every day," said Hamilton. "My mind was set: 'I want to drive a McLaren, it's my favourite looking car and it's got my favourite driver in it'.

"When I won the championship, I got this opportunity to go to this awards ceremony and I had never been to anything like it before.

"We had to borrow a suit from the kid that won the previous year because we couldn't afford a suit. Then when I got there, my dad was telling me who was who because I was a 10-year-old, I had no idea who was who.

"I was looking for Ayrton but obviously Ayrton's not there because he passed away the year before. My dad goes, 'That's Ron Dennis over there, he's the boss of McLaren, [which] makes those cars that you love'. And I knew immediately at that point, that's who Ayrton drives for and that's who I wanted to drive for.

"Literally before my dad finished explaining to me about Ron Dennis, I went over to him straight away and tapped him on the shoulder, or on the side because I was so small. I said 'Hi, I'm Lewis Hamilton, I just won the British karting championship and one day I want to be Formula 1 world champion in your car."

Hamilton made it to F1 in 2007 whilst Dennis was still the McLaren team boss. He had already been part of the McLaren programme since the late 1990s and achieved his dream to race for the team with which Senna had most of his F1 success.

"Then he sat down with me and he spoke to me, I don't remember what he was talking about at the time, because I was probably star-struck or something, but he did put down in the book his nice autograph and then he said: 'Phone me in nine years'."