What Verstappen wants to change about F1's Sprint format

Max Verstappen can understand why many F1 fans might enjoy Sprint Qualifying, but he also believes that some aspects of the format could be improved. 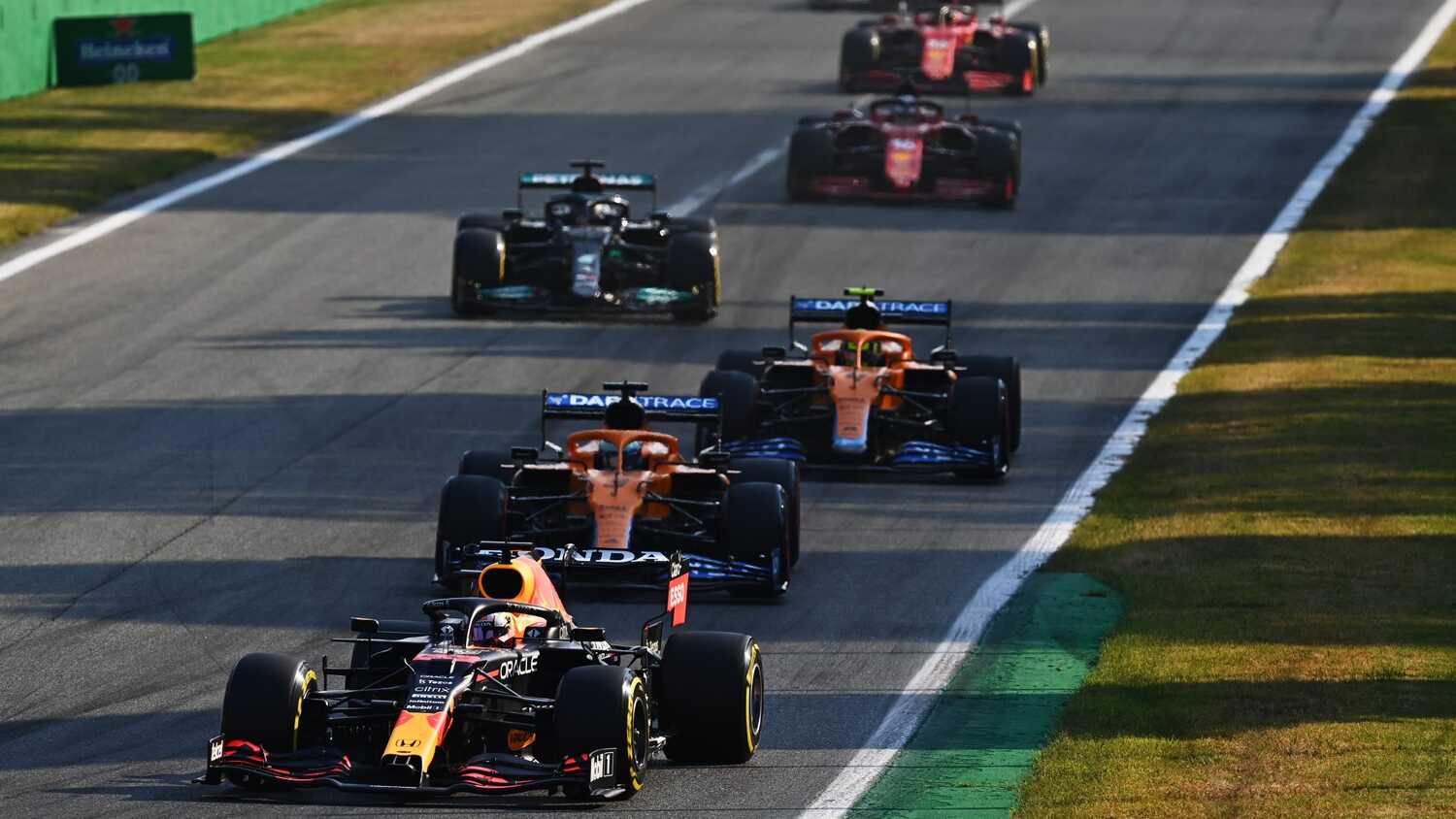 Max Verstappen thinks there are some aspects of the Sprint Qualifying weekend format that need to be changed.

With the final 2021 trial event of the Sprint taking place at the Brazilian Grand Prix - following previous runs at the British and Italian Grands Prix - the schedule differs a little to a traditional F1 race weekend. One practice session on Friday is followed by the usual format of qualifying, before second practice on Saturday.

Sprint Qualifying then happens later on Saturday, and the outcome of this shortened race dictates the grid for Sunday's main event. Verstappen believes there are issues with this timetable that could be addressed.

"There are a few areas where I think it could be different," Verstappen told media, including RacingNews365.com.

"You only have one practice session and then you have to drive the whole weekend with the same setup. I think that is perhaps too risky.

"I think if you also do a second practice after qualifying, you should still be able to change your car."

This isn't the only aspect of the Sprint format that Verstappen is unsure about.

"I do agree that pole goes to the person who is fastest on Friday," the Red Bull driver said.

"On the other hand, if you put a new engine in you can start at the front in the Sprint race, which means you can get more points. Then you go backwards.

"I think that is a bit unfair. If you put in a new engine, you get more performance. That has to be looked at."

Verstappen not a big fan of Sprint Qualifying

Whilst Verstappen can understand that many F1 fans might enjoy the excitement of seeing two race starts over the course of a weekend when Sprint Qualifying is taking place, the Dutchman himself prefers the traditional format.

"I think the main excitement comes from the start," Verstappen explained. "Because after that, in the amount of laps you do, you put the tyre on which will last until the end, especially the guys at the front, and there is not a lot of passing going on.

"So I don't think it really matters at what track you do it. There are still I think a few things to fine-tune about it.

"If people like the excitement at the start, and you have to do two starts in a weekend, why not?

"[But] I think personally I'm a bit more [a fan of] the traditional F1 weekend, where if we have competitive cars and just all the teams closer together, then naturally you don't need to change anything. So we'll see."

During the previous two Sprint Qualifying weekends at Silverstone and Monza, Verstappen ended up retiring from the main race following a collision with Lewis Hamilton on both occasions.

The title contender does not believe there is any link between the Sprint and these types of incident, though.

"I think it's just a bit unfortunate that that happened during the two Sprint races," Verstappen explained.

"The first crash, it is what it is, and the second one was also because we had a bad start and a very slow pit-stop, so that's why we got into that situation in general."

As things stand, Verstappen will start the Sprint event in Brazil from P2, with Lewis Hamilton alongside him on the front row. However, both drivers are facing stewards' hearings on Saturday, so it remains to be seen whether these results will be affected.