Extreme E is an all-electric off-road championship founded by Formula E pioneer Alejandro Agag. The championship has attracted a lot of star names including ones from the Formula 1 world and is poised to make a big splash in 2021. So what exactly is Extreme E? 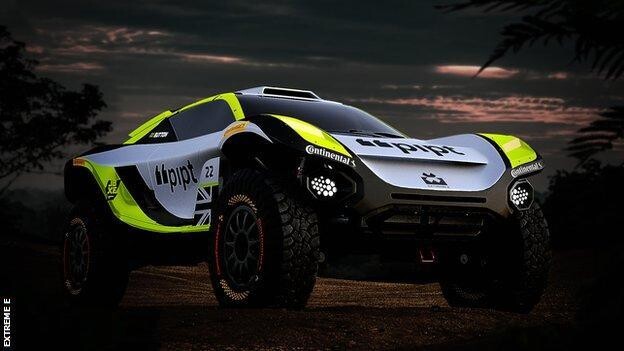 Before we get into the details of the championship, let us first look at the calendar for the 2021 season. The Extreme E will travel to five locations spread across the globe. From the desserts in the middle east to the polar ice caps, the countries hosting an event include Argentina, Brazil, Greenland, Senegal, and Saudi Arabia.

The aforementioned countries weren't selected by accident, the mission of the championship is to highlight the impact of global warming and other phenomena that can harm our planet.

While Extreme E is marketed as an environmental play, the cars are nothing to scoff at. Much like Formula E the teams will drive a spec "E-SUV", specially developed for the racing series. With a power output of 400kW (550 hp), weighing 1,650 kg and measuring 2.30 meters wide, the cars are designed with performance in mind and can go from 0-100 in 4.5 seconds even with a 30 percent gradient. Dubbed the "ODYSSEE 21" the cars seem like an attractive proposition, on paper at least.

This is where things get interesting. While the competition is littered with stars such as multiple World Rally Champions Sebastian Loeb and Carlos Sainz, some of F1's leading names have also invested their resources into the series. Lewis Hamilton and Nico Rosberg will renew their rivalry, as team owners rather than as driving competitors, while Jenson Button will play two roles both as a team owner and driver.

Other big-name teams included in the championship are Chip Ganassi, Andretti United and the ABT team from Germany.

The female contingent in the series also has a strong representation with seven women, including Chadwick, being confirmed so far.

The race weekends, called xPrix, will be held on four continents. The Desert xPrix will take place in Saudi Arabia in early April, followed by the Ocean xPrix in Senegal, the Arctic xPrix in Greenland, the Amazon xPrix in Brazil with the final event the Glacier xPrix taking place in Argentina. The full list of races can be viewed below: