What happened the last time Hamilton lost an F1 title

It is five years since Lewis Hamilton missed out what would have been his fourth World Championship at the time, with Mercedes teammate Nico Rosberg beating him to the title at the 2016 Abu Dhabi Grand Prix. 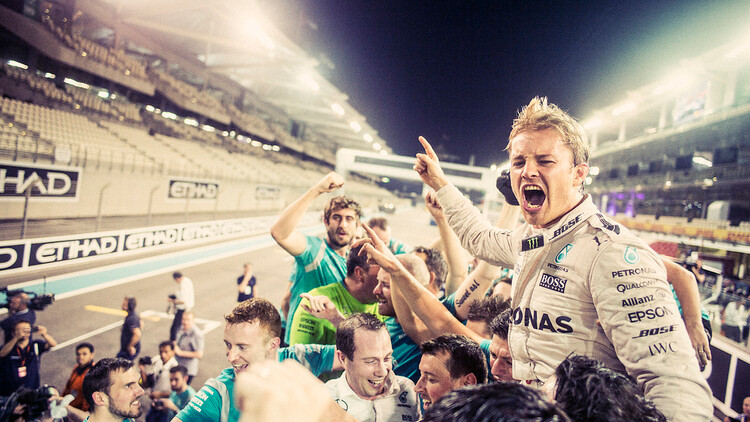 Depending on what happens in the upcoming Saudi Arabian Grand Prix, the title battle between Lewis Hamilton and Max Verstappen could go down to the wire at the 2021 season-closing Abu Dhabi Grand Prix.

With Hamilton securing successive World Championships from 2017 in dominant style, it has been five years since the Briton found himself in a title-deciding finale, which also marked the last occasion that he lost out on the crown to the other contender.

The 2016 championship had been closely fought between Hamilton and his Mercedes teammate Nico Rosberg. With four races to go, Rosberg had built up a 33-point lead. This meant that he could have finished second behind Hamilton four times to take the title.

Indeed, he did so three times, which meant something extraordinary had to happen at the final event in Abu Dhabi for Hamilton to become World Champion.

Hamilton pulls out all the stops

Hamilton did everything he could to become champion. He led the race, with Rosberg in his wake.

For Hamilton to take the title, Rosberg needed to finish fourth or lower. But given the dominance of the Mercedes car, a finish as low as this seemed unlikely.

Hamilton's idea was seemingly to try and drive as slowly as possible at the front of the field. Fast enough to avoid Rosberg, but slow enough to keep the other drivers breathing down his neck. In the last five laps, Sebastian Vettel and Verstappen were closing in on Rosberg for second.

This even led to former Mercedes Chief Technical Officer Paddy Lowe warning Hamilton over the radio to pick up the pace.

"Paddy, I am actually in the lead right now, I'm quite comfortable here," Hamilton said at the time. His plan did not work out; he crossed the line as the winner, with Rosberg second, while Vettel and Verstappen were within a second and a half of each other in third and fourth.

After the Grand Prix, Hamilton stood in front of the cameras somewhat frustrated, but seemed to be able to live with his loss.

"I did everything that I could, particularly towards the end. Obviously Nico had a very, very clean year without any real issues, to be honest, and that's why we sit in this position right now," Hamilton said after the race, hinting at his own reliability issues during the season.

"But he did a fantastic job, so big congratulations to him."

Despite the kind words, Hamilton issued a word of warning to Rosberg: "It's a great feeling to win the World Championship and I look forward to fighting with him next year."

That, of course, was not to be. Just one week later, Rosberg announced his retirement from F1.

The German was replaced at Mercedes by Valtteri Bottas, and Hamilton went on to secure a further four World Championships, bringing his total tally to seven.

Whether he can add an eighth to the list in 2021 remains to be seen.